How Google and Microsoft teamed up to try to reinvent smartphones

A really interesting professional article is linked here, writing up the coming together of Panos Panay (Microsoft) and Hiroshi Lockheimer (Google) over the course of 18 months, to repurpose the abandoned Project Andromeda hardware from Windows 10 Mobile Windows 10X to Android, potentially solving the 'long tail' app problem. Panos's catchphrase for what became the Surface Duo, "The Microsoft you love with the Android you know", is a bit tortuous, of course, but it seems that at least he's been consistent. 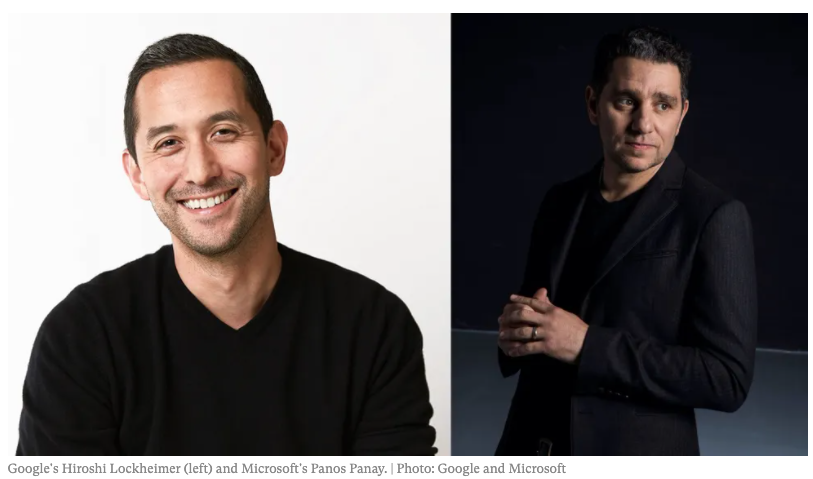 Long before that meeting in Redmond, Panay and the Surface team decided the Surface Duo couldn't be a Windows device. It needed Android. Anyone can fork and develop on Android, of course, but for this strange new thing to be great, it needed the Play Store, it needed Google Maps, it needed the millions of apps people expect on the device in their pocket. It also needed a huge amount of development to make apps run on side-by-side screens, both from Google and from app developers. The only way to get developers on board, Microsoft knew, would be to turn the dual-screen shape into a trend bigger than one Microsoft gizmo, so they wanted to give all their work to the broader Android ecosystem.

So Panay decided to reach out to Google, and see if the companies might be able to work on this device together. If not? No Duo. "If he's like, 'I don't think I want to do this,' we wouldn't make the product," Panay said. "It was either, we're doing it together, or we're not doing it." Panay and his team schemed for a while on how best to reach out to Lockheimer. When they found out he'd be in town anyway, they casually slid onto his schedule for a decidedly uncasual meeting. Lockheimer didn't know it, but when he walked into that meeting, he held the Surface Duo's fate in his hands.

It's a good read, albeit slightly sanitised with some PR speak here and there. It certainly gives a feel for the liasons between Microsoft and Android, somewhat in secret, to bring the Surface Duo to fruition.

I've covered the Duo a lot on AAWP and I'll re-iterate that it's by no means the promised 'Surface Phone', heck it's not even a 'phone' by Panos's own admission, it's a connected productivity device. But it's still pretty interesting and I note that the upcoming monthly updates will improve one of the biggest weaknesses of the device, its imaging. The hardware is what it is, but AI image processing and tweaks to the camera UI should improve the experience and results.

PS. See also our links to Zac's History of Andromeda. The dual screen project was started in 2016, Windows 10 Mobile got bumped by 2017, Windows 10X got bumped by the end of 2018, etc. The Duo has had quite the history!

Filed: Home > Flow > How Google and Microsoft teamed up to try to reinvent smartphones