Totally off-topic for AAS and AAWP in a sense, because the end products won't be 100% relevant, but the news is very definitely of interest, with Carl Zeiss (later renamed just ZEISS) producing the award winning optics for every Nokia flagship from the early 2000s onwards, and ending with the last Microsoft Windows-running phones, the Lumia 950 range, at the end of 2015. And now ZEISS is back with 'Nokia' - not quite the same Nokia that had its Devices division bought up and then eventually gutted by Microsoft - but the Nokia name, even on Android OS, is notable and the presence of a ZEISS collaboration is a good sign that the company is back on track.

[Update] In addition, announced on Twitter, was that (no surprises, but...) there will be no more Microsoft branded devices with ZEISS optics - the original licensing deal, inherited with the Nokia purchase, has ended. See below for the full tweet.

The smartphone cooperation between ZEISS and @Microsoft mutually ended with the beginning of the cooperation with HMD.

Given that the Lumia 950 range was announced almost two years ago, this isn't really news, but interesting to have it confirmed. It also puts paid to the idea that a future Surface phone will re-use the camera from the Lumia 950, which is a slight shame...

Espoo, Finland/ Oberkochen, Germany, 6 July 2017 – HMD Global, the home of Nokia phones, and ZEISS today jointly announced the signing of an exclusive partnership that aims to set new imaging standards within the smartphone industry. This long-term agreement builds on the shared history and expertise between ZEISS and Nokia smartphones.

With a joint ambition to advance the quality of the total imaging experience on smartphones spanning the entire ecosystem from software, services, through to screen quality, and optic design, the partnership will see ZEISS and HMD Global co-develop standard-defining imaging capabilities and will bring the ZEISS brand back to Nokia smartphones. This pledge to constantly improve consumers’ imaging experience is a reflection of the shared values between both businesses – a single minded commitment to quality, true craftsmanship and a desire to improve real life experience.

The relationship between ZEISS and Nokia phones began more than a decade ago, and is founded on a shared passion for innovation and always delivering the best for the consumer. The past collaboration saw ZEISS and Nokia phones driving technology innovations such as the world’s first multi-megapixel mobile phone and many more standard-setting devices, from the Nokia Nseries to those featuring Nokia PureView technologies. This renewed relationship is a long-term commitment to build on that technology innovation over the years to come.

Will we ever again see mighty imaging flagships from Nokia that are as ground-breaking as the Nokia N93, N95, N86 (shown below), N8, 808 and Lumia 1020? Somehow I doubt it, the competition is largely 'catching up', but the ZEISS agreement is certainly welcome.

PS. I've yet to even touch a Nokia-branded Android smartphone, but the '6' looks good and it's due out in the UK early next month. 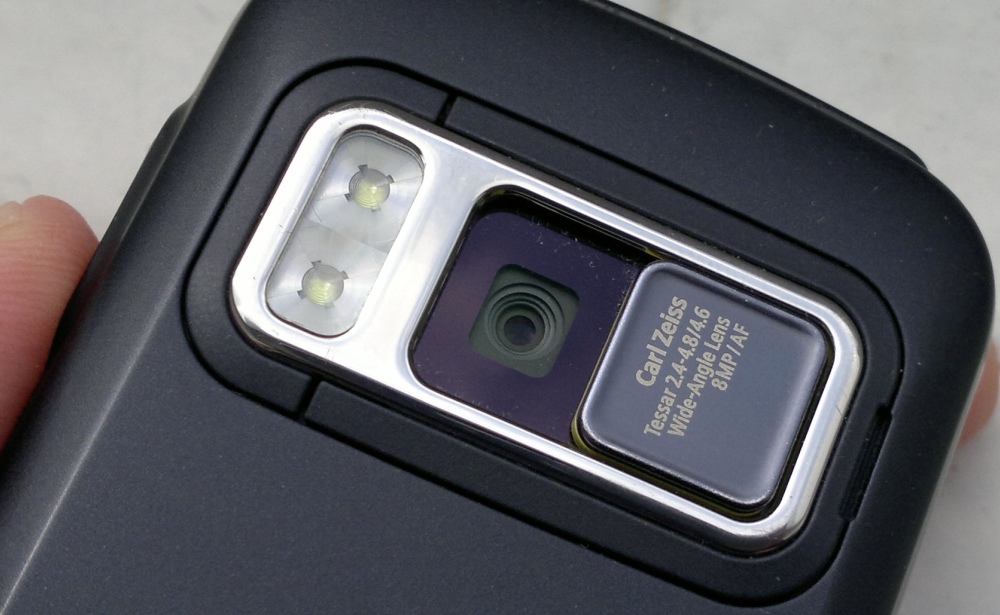