A new computing form factor? Not quite, but nice take on QWERTY

With a decade of T9 and then touch-based smartphones behind us, the humble QWERTY keyboard has usually had to take a back seat. Blackberry has a new Android-based QWERTY handset coming in a month's time (DTEK70, apparently), but what about at the upper end of the mobile scale? Old hands will remember the Nokia Communicators and even Pocket PCs of the early 2000s - it seems that the dream hasn't totally died, though the linked concept device isn't quite what the doctor ordered. Mainly because there doesn't seem to be any telephony in the 'GPD Pocket'. But hey, it shows that there IS still vision for 6" and 7" QWERTY, and for the classic clamshell/mini-laptop form factor. And I love it. 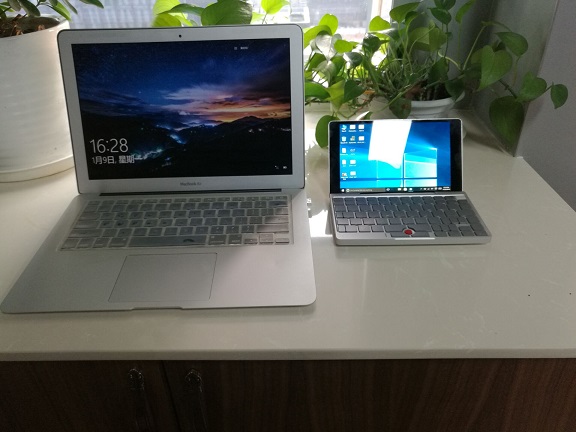 From the Tonki article (translated from Japanese, so....):

It has a 7-inch touch panel liquid crystal, while it is a miniature mini laptop computer, it has Atom x7-8700 on the CPU. And, it does not suit the small size, has a full keyboard, and has a track point like a notebook computer of a ThinkPad.... 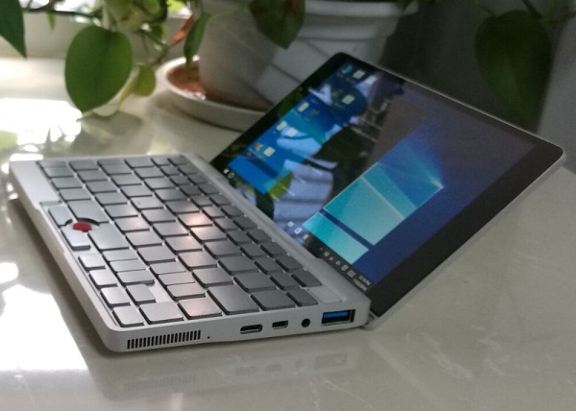 We will raise funds with cloud funding!

GPD Pocket overseas crowdfunding "Indiegogo" is scheduled to begin funding in February 2017. Since prototype models have already been completed, application and promotion will be done without delay. We are also planning an early investment course (a less expensive course than the regular course). I want to get a GPD Pocket earlier than anyone else! If you are thinking about it, let's pay attention to future trends.

Now, add in telephony/LTE, engineer it around a Snapdragon 835 and Windows 10 on ARM, and surely this is something that could be very viable indeed in the world of mobile professionals?

And yes, it still seems strange to talk about 'Windows on ARM' being a thing in 2018 when Windows Phone and Windows 10 Mobile are BOTH already 'Windows on ARM' if you think about it, the latter even more precisely.

But let your imaginations run wild, we might be heading into a post-PC, post-smartphone world, where one device really could be 'everything'. Maybe not for the man in the street, but for anyone who wants to use time on the move to get things done without having to carry a laptop in a bag or folio... It might even look vaguely like the 'Pocket' above. What do you think?

Filed: Home > Flow > A new computing form factor? Not quite, but nice take on QWERTY