Xenon pops up in the smartphone world again

Proper (Xenon) flash has been something of a major bullet point for many Symbian and Windows Phone users over the last decade. From Nokia N82 to N8 to 808 to Lumia 1020, Xenon is where it's at if you want super-crisp evening shots of people (think parties, receptions, and so on). And yet Xenon has been very rare in the smartphone world generally, i.e. away from classic Nokias. Yesterday at IFA 2016 in Germany though, Motorola announced a new 'Moto Mod' from camera specialists Hasselblad that includes a Xenon flash and transforms a brand new Moto Z phone into a DSLR of sorts. Yes, it's Android, but this tech development is very definitely a 'link of interest' here, I think. 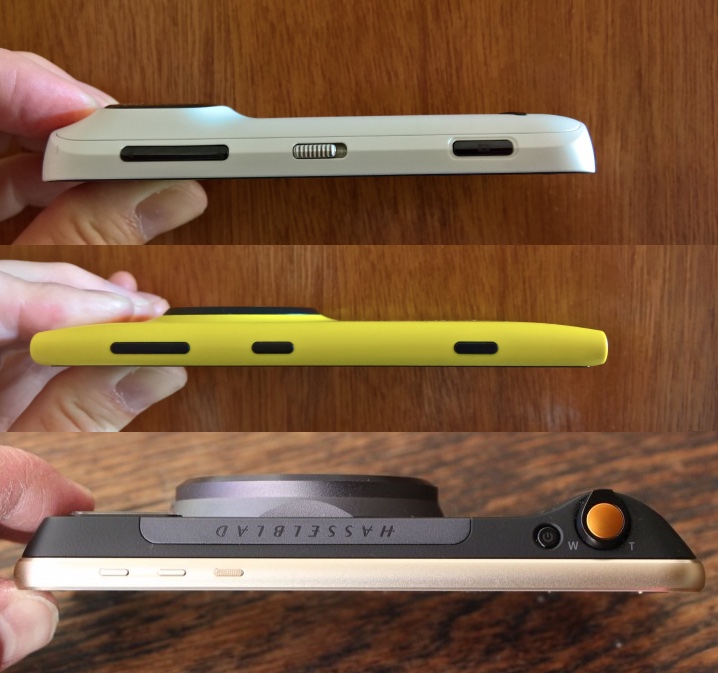 To scale, the Nokia 808 PureView, the Nokia Lumia 1020 and the Moto Z Play plus Hasselblad 'True Zoom' Moto Mod...

It snaps onto the back of the Z Play like any other mod. It fits firmly and won't fall off, despite its weight. Yeah, this thing is heavy. I don't have an actual number, but the phone+camera is weighty — and bulky — as hell. In fact, the combo was too big for my jeans. The added physical controls might be worth the bulk.

The Hasselblad has its own shutter button, zoom dial, and power button. Pressing the power button turns on the camera and wakes the Z Play. Alternately, you can wake the camera directly from the app or the writ-twisting gesture common to Motorola phones. I love having the zoom dial and two-stage shutter button to focus and snap the shutter.

The True Zoom has its own 12-megapixel sensor and xenon flash. The flash is hella bright, and images are automatically stored in the phone, not somewhere in the camera.

What are the benefits of this mod? There are several. First, 10x optical zoom. You get the benefit of glass to help in and in so doing retain all the pixels of the image. Second, optical image stabilization. This helps reduce shake. The flash is much brighter than any available on a smartphone. Last,it can capture images in RAW format, which aids in editing after the fact. 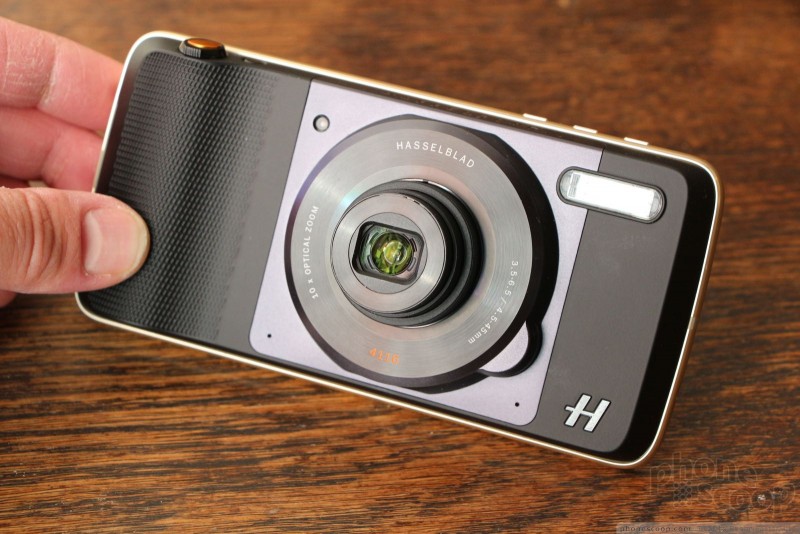 Which all sounds interesting, with the caveat that the snapped-on Mod is pretty huge - think a Lumia 1020 with the official DSLR Grip clipped on. Plus, as you'll see from Michael Fisher's hands-on below, the True Zoom mod is also incredibly slow at focussing, almost unusably slow - probably a byproduct of having to use the phone's CPU to do most of the contrast-based auto-focus, I suspect, and this through a pogo-pin interface. Let's hope that software updates can improve things.

It's all a tiny bit underwhelming, we wouldn't expect sub-Lumia 1020 focussing performance in 2016 tech. Even though Xenon fans will be waiting to see my own verdict on this when review loan hardware becomes available.

PS. Here are the official specs of the Hasselblad True Zoom, is it wrong of me to say that I'd still much rather have a Lumia 1020, with much larger sensor, full OIS when shooting video?