OK, so this is a little bit trivial - it's just a data/charge cable. But it's also rather cool, in that the connector works with both microUSB and Apple Lightning ports. "What!" I hear you exclaim. And I share your shock - how on earth is this possible? I show how below!

The ROMOSS RoLink Hybrid works brilliantly, as it turns out, a tribute to some clever micro-engineering. The starting point had to be an engineer looking at standard microUSB and Lighting jacks and noticing that they were roughly the same size - yet totally different in shape and configuration. But surely there had to be a way, however odd, of making the one cable fit both jacks? So that you could head out on a day with the family, for example, and only need to bring one charging cable with you.

Of course, the world's moving on, and USB Type C is the latest connector used across the flagships being announced in the industry, so presumably ROMOSS has its designers working overtime to try and do something with the new connector standard. And that may prove altogether trickier because the sizes are quite different this time round.

Anyway, on with the RoLink Hybrid: 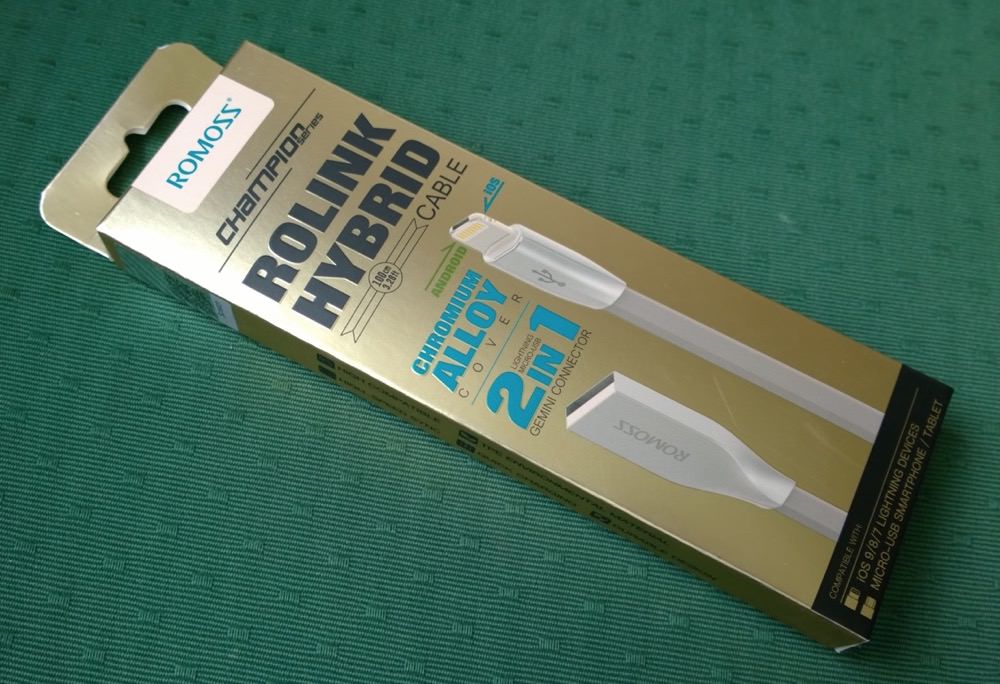 Ah - the 'Gemini' connector, I get that reference(!) Essentially the central blade of the connector has the Lightning pins on one side and the microUSB on the other, with enough of a framework around the blade to help the jack fit snugly into either receptacle. Quite a feat of micro-engineering, if you ask me: 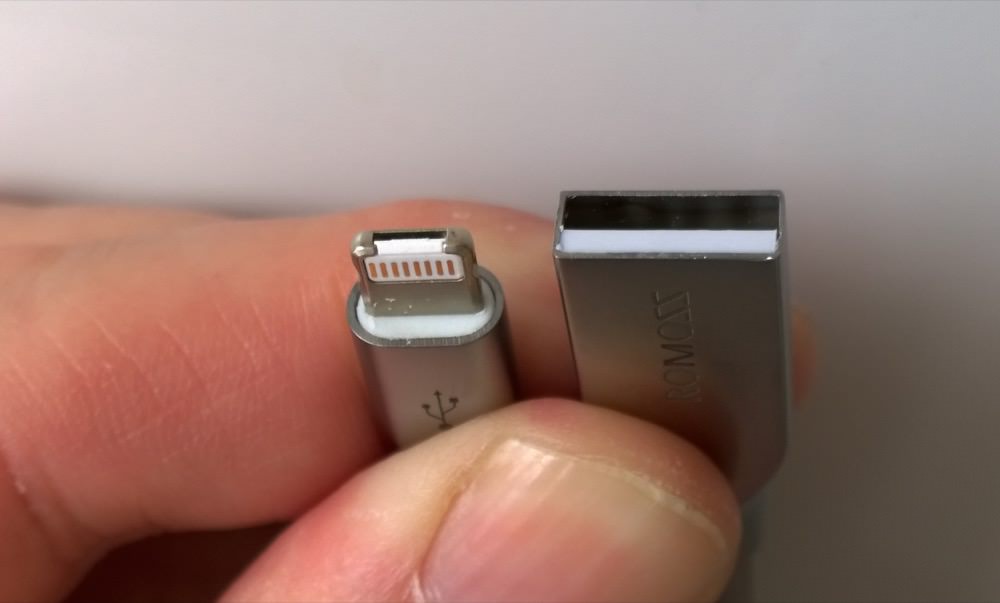 The proof of the pudding, they say, is in the eating. And the RoLink Hybrid worked flawlessly, without needing any extra force, in four smartphones with microUSB and two iPhones. Offering full data/sync and charge, so nothing has been skimped here.

The one caveat is that the Lightning jack use isn't double-sided, obviously, as in the Apple original. In fact, the idea here is that you plug microUSB in one way and iPhones/Lightning the other - the jack is clearly marked so that you don't (in theory) get confused. Though some Android smartphones use the microUSB port 'inverted', i.e. the wide part of the jack towards you, and this may indeed throw the unwary, since you'll then be inserting the jack with the 'iOS' legend upwards!

1m in length, the cable is durable and pretty flat, making sure it doesn't get tangled in transit (for example). The connectors are made in a 'chrome alloy' and seem extremely hard wearing, certainly compared to the usual plastic fare.

Great value around the $12 mark (depending on where you buy), in terms of travelling ultra-light, I think I may just have found my ideal link cable for all microUSB and Lightning device use.