AppList, the (mainly freeware) Store for Symbian users for 2014 and beyond, has been updated, with fixes 'related to updating and installing unsigned apps'. Version 1.0 Build 291 is available as an update if you just open AppList. It's also worth noting that there have been quite a few new applications added to the Store in the last week or so.

There are other directories and collections of Symbian installers online, but the AppList Store is by far the slickest - and now pretty well stocked. Some applications within its ranks still point to the Nokia Store, but as the latter is shut down for good in a couple of months time, it's expected that all links will be internal or to developer servers.

Here's the update shown, and working: 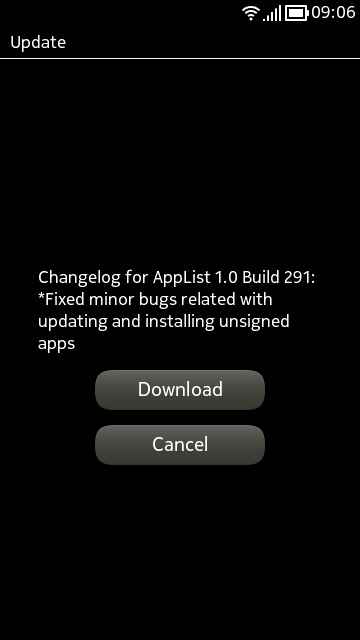 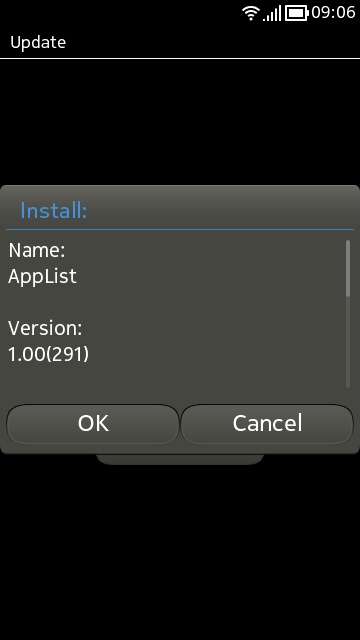 The pop-up when you go into AppList this morning; (right) auto-installing the update 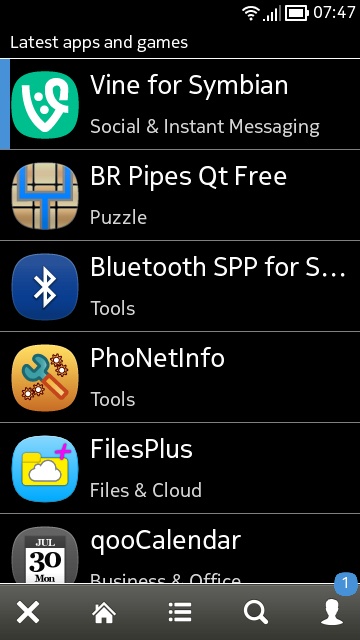 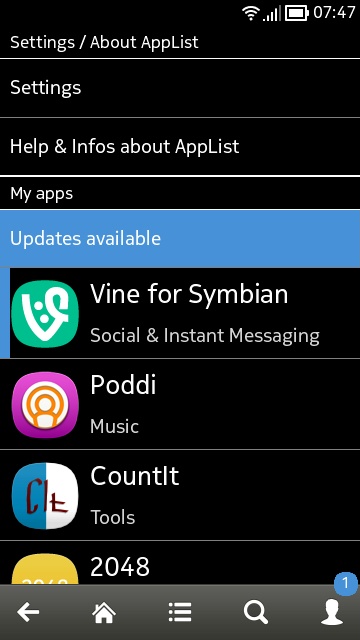 The current home page in AppList - oh look, an update for Vine (of which more in a separate story here on AAS)