Nokia Discussions has been the semi-official 'go to' site for queries about Symbian smartphones for many, many years (or at least for Nokia devices, yes, I know there were Sony Ericsson UIQ and Samsung S60 devices as well!) And it too has now fallen into Microsoft's clutches, with an official Seattle rebrand. The domain remains intact at the time of writing, but no doubt that will get redirected at some point. The good news is that there seems to be every intention of leaving the (now unified) 'Symbian' sub-forum intact, even if there are no (or few) official employees running the board with a knowledge of Symbian anymore... 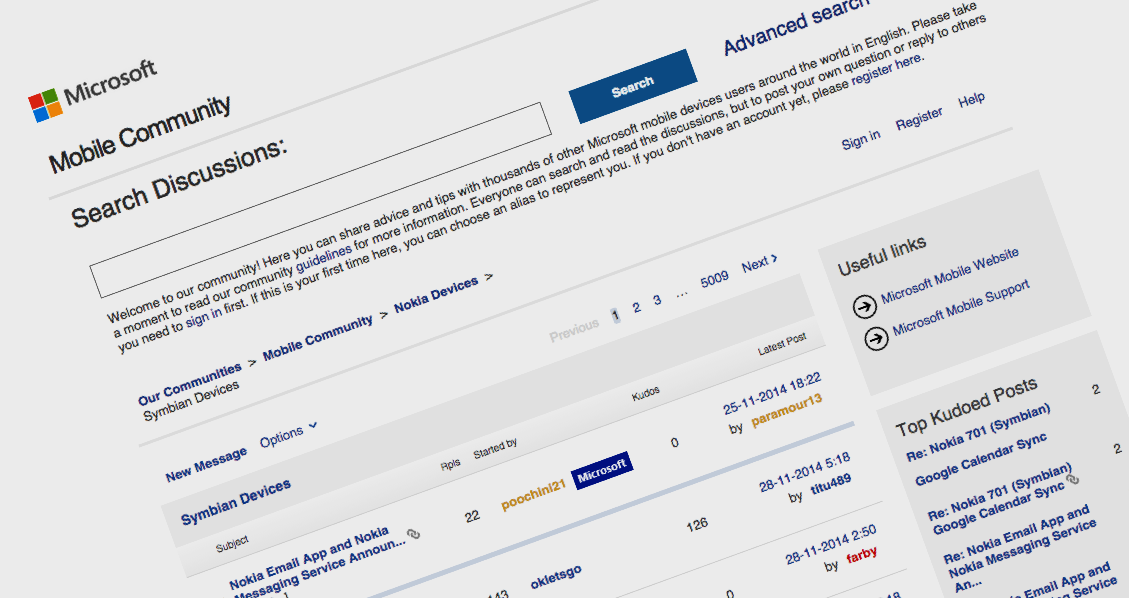 I've found the forums very handy in the past, not least when raising an issue and hoping desperately that someone at Nokia passes it up the chain to the coders. Obviously this latter action can no longer happen, but there's still lots to recommend this online community of (now) self-help Symbian enthusiasts.

Of course, AAS has/had its own forum system in the past, but it required just too much time and maintenance and fell into disuse (as you'll have noted!).