Multiple reports have been coming in about Nokia Suite having been broken by the disabling of SSL 3 support on Nokia and Microsoft's servers to avoid possible POODLE exploits. This appears to have been a problem for the last two weeks and there's no sign of Microsoft fixing the issue, so I've quoted the appropriate workaround below, as suggested by power users on Nokia Discussions. 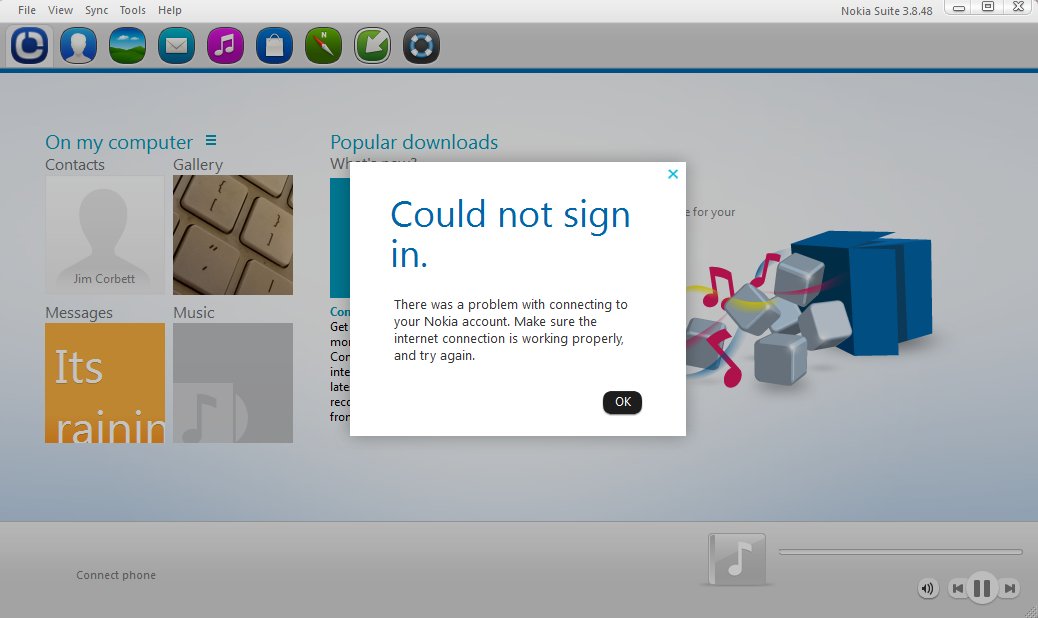 Here's the quoted write-up and workaround (there are actually two, but the first is just to use other tools, so....):

Nokia Suite connects to the server account.nokia.com and auth.gfx.ms. For these servers, SSL 3 was disabled on October 15th 2014. As of today, these servers require TLS 1.0. Nokia Suite does not use TLS 1.0 but only SSL 3, because Nokia Suite uses the QT framework 4.7.4. Up to that version, the QtNetwork class QSslSocket used SSL 3 and not TLS 1.0 as default protocol. You can test yourself via a terminal command and OpenSSL:

Of course, the ideal solution is for Microsoft to re-enable SSL3 on the servers, even unpatched - POODLE isn't a big deal for 99.999% of users and relies on man in the middle attacks, something which is fairly unlikely with Nokia Suite.

I'll update this post if the servers/protocols do get fixed.