Whatsapp, despite being a pretty core Symbian application for many people, hasn't been (consistently) in the Nokia Store for many months, so the freezing of the latter didn't cause it to skip a beat. For complicated reasons (my SIM keeps switching devices, essentially), I can't really use Whatsapp at all, but I did get notified by Vedhas Patkar about a new version, v2.11.600, detailed below.

I must admit that I was pleasantly surprised when I got a notification regarding a Whatsapp update earlier this week on my phone. This is the second (or maybe the third) update that Whatsapp for Symbian has received after Nokia announced that they won't be accepting any updates for Symbian apps in the Store.

This new update brings with it the ability to archive chats, along with the usual bug-fixes that accompany every update. I am must admit that I am not aware about the exact changelogs, but who doesn't like an app update? 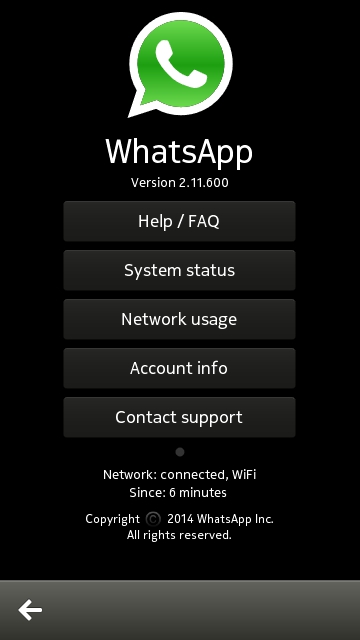 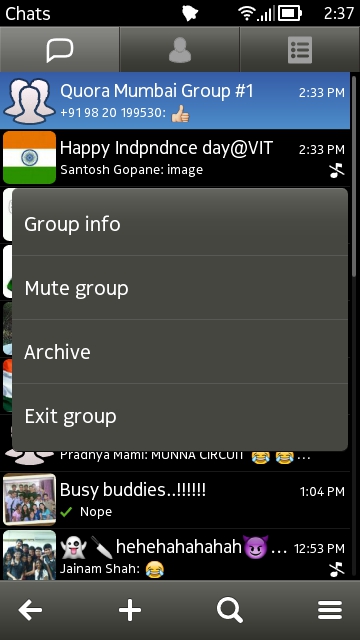 The new version of the app can be downloaded from the official Whatsapp website, as will future versions, of course.

I wonder which other Symbian applications you consider 'core' to your day to day life that should perhaps be kept updated outside the frozen Nokia Store and which perhaps aren't? Worth you dropping the developer a line and letting them know that a) you're still keen for updates, and b) the likes of AAS is still keen to give them publicity for such efforts?