(Near) Future tech: Tiny and reversible USB Type-C connector on the way

File this under 'tech for the near future' and not of direct interest for current hardware, but I was interested to note that the USB Promoter Group has announced that it has finalized the design of the USB Type-C plug, a new type of (micro)USB plug that's designed to completely replace all current USB connectors. Think an Apple Lightning connector for the iPhone 5 and new iPads, the idea is the same - no more thinking or observation needed when plugging in - the connector will work 'either way up'. Type-C looks like being a winner, though a) a wide array of physical adapters will be needed in the transition period from current connectors and b) was there really no way to work with Apple or license Lightning technology so that we could finally have one standard? 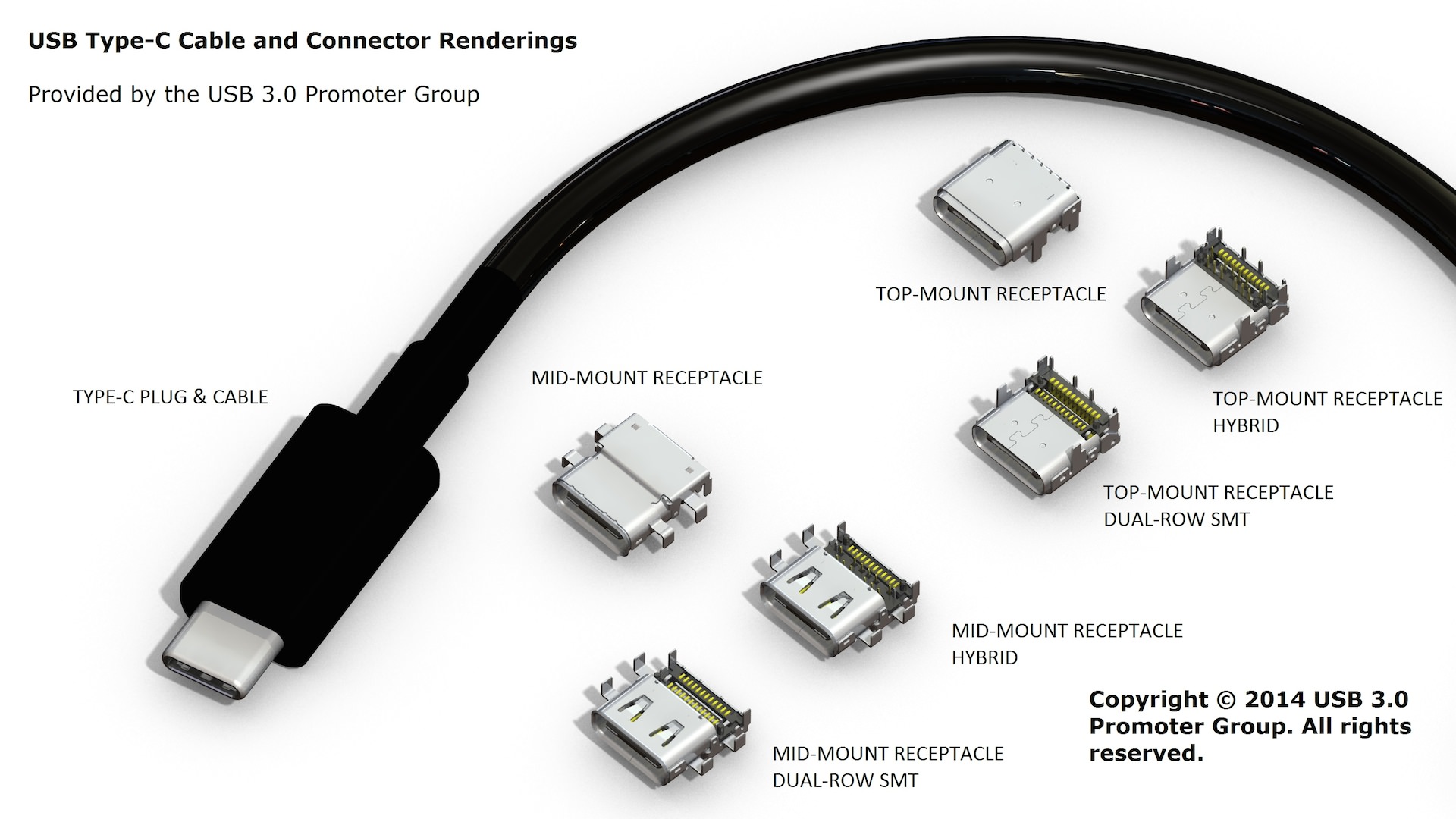 From the ArsTechnica write-up of the original PDF 'release':

According to the USB-IF's press release (PDF), the new connector is "similar in size" to current micro USB 2.0 Type-B connectors... It is designed to be "robust enough for laptops and tablets" and "slim enough for mobile phones." The openings for the connector measure roughly 8.4mm by 2.6mm.

As we've reported previously, cables and adapters for connecting Type-C devices into older Type-A and Type-B ports will be readily available—the prevalence of these older ports will make any industry-wide shift to USB Type-C an arduous, years-long process.

The new Type-C plug will be compatible with USB 3.1, a revised version of the spec that boosts theoretical transfer speeds from the 5Gbps of USB 3.0 to 10Gbps and that supports delivery of up to 100W of power using the USB Power Delivery spec...

...Finally, the USB Type-C connector has been designed to scale with the USB spec as it gets faster, so as we move beyond USB 3.1 it should be possible to make future cables physically compatible with one another, avoiding ugly solutions like the micro USB 3.0 Type-B connector.

Indeed. USB 3 (Type-B) was a monstrosity (only seen in the phone world on the likes of the Samsung Galaxy S5 and Note 3 so far, thankfully) and from all accounts it seems that manufacturers are skipping Type-B completely, as a bad job, and moving straight to Type-C - we should start to see hardware with Type-C ports within a year, though as ArsTechnica notes, the 'shift' across the whole industry, and in peoples' homes and offices, will take many years, we're talking 2020 at least.

PS. Presumably Apple was consulted before Type-C was envisioned and presumably there was either no agreement on licensing or the Apple system was considered too proprietary to be implemented by other manufacturers. Shame.