File this under 'unconfirmed', but it appears that the original Nokia PureView device, the 808, running Symbian, is about to get a successor, leapfrogging the 1020 on Windows Phone. This has caught everyone by surprise, but we have shots below of the Nokia 818 next to a current Lumia 1020. Confirmed are a 4.8" 720p display and larger 1" sensor with massive F1.6 aperture, OIS and a Xenon flash that's said to be twice as bright as the 808's and equivalent to that on a high end compact.

From the leaked press materials:

The 818 PureView is a 4.8", 720p-screened (CBD) Symbian Belle smartphone, running "Belle Feature Pack 3" (improved performance, personalisation and entertainment options, with a new browser, the latest Nokia Maps and an improved notifications bar), running at 1.8GHz with GPU and 1GB of RAM. We've listed the full specifications at the bottom of this story.

The phone will ship initially only in white (shown) - and should cost around 550 Euros before taxes and subsidies.

Who'd have thought that Symbian would have one last leap of life left in it, in 2014? The timing of this is curious, right before the Microsoft BUILD conference and right before Microsoft's buyout of Nokia is completed. But colour me impressed, nonetheless. 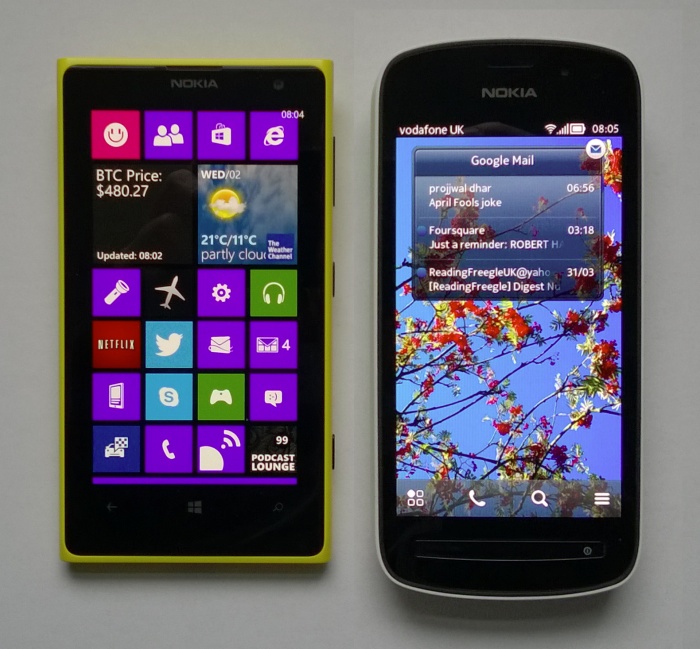 720p may not quite be cutting edge, but it's fine on a 4.8" screen and many Symbian screen elements were originally designed for 360p, so it'll do. The improved, larger camera looks - simply - stunning. The same ball-bearing OIS as in the 1020 is said to be included. 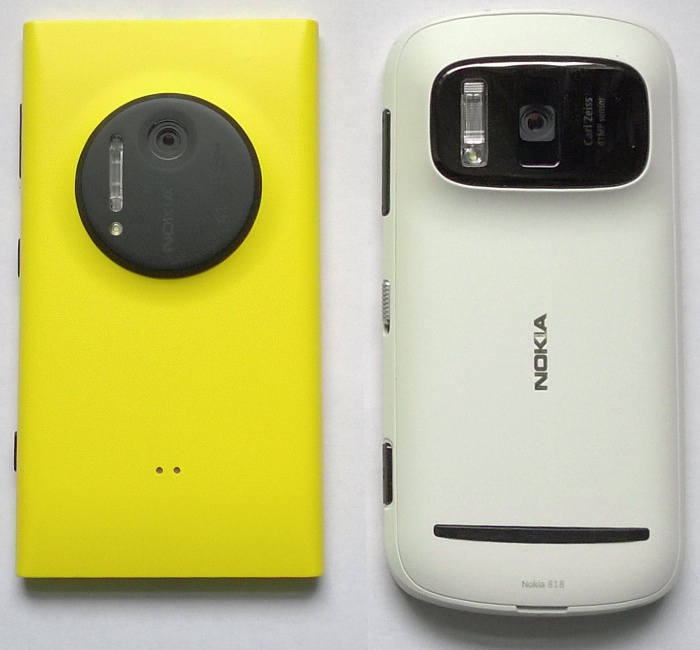 Look at the size of those optics!

Comments welcome. Do you think this will make it to market in many countries? Dare we call this the first Symbian 'phablet'? Oh, hang on, no, Symbian had phablets nine years ago, back in 2005.