Qperience and the switch from Symbian to Android development

In a guest editorial, Antti Lipponen from Finnish developers Qperience takes us through the company's history and eventual decision to switch from Symbian to Android for their games, making use of the new crossplatform distribution for the Qt development environment.

When we started making our products, we wanted to bring the accessibility and usability of iOS and Android games to Nokia platforms. At the time, in 2011, Nokia's Ovi Store was abysmal in its offerings so we saw a massive user base with little or nothing to buy. The design guidelines we set sounded easy to make, short gaming sessions combined with easy to use UI navigation. In practice, we had to make some compromises because of device performance and display technology, the lowest common denominator (Nokia 5800 XpressMusic) dictated the rules. So, no multitouch and unguaranteed animation performance.

This philosophy proved to be successful when implementation with Qt/QML was combined to a very low price point. Our games performed at a blazing speed when comparing to the then standard JAVA implementations and our prices were only a third of our competitors. Jewels for Symbian and Meego devices made it to the top of the paid games list in several countries, passing such games as Bejeweled and Angry Birds.

Disaster struck just when we're getting things to speed up. We had several games in the pipeline using our own software engine and we had heard rumors of Nokia starting to support the non-smartphone devices with QML, which would have multiplied the potential customers. All of this was wiped out with the news of the Microsoft (Windows Phone) strategy and, later on, the complete buy out of Nokia's handset division. The Nokia Store still stood there generating us money from our earlier products but it was clear that it would not last for long. We had already started to ramp down production when we received an email that they wouldn't be accepting new software or updates any longer after December 2013. There was a hope of getting our apps to other app stores that supported Symbian and Meego but they would have required for us to 'sign' the games ourselves, which would have cost a lot of money.

At the same time, Google's Play Store was picking up speed and Apple's App Store was leading the monetization of mobile games. We really wanted to go there right away but this would have meant that we needed to start from scratch.

In January of 2014, the sales from the Nokia Store were diminishing to almost zero. Sales for Symbian and Meego combined had dropped 90% from a year earlier, free downloads took an even greater hit, with downloads dropping nearly 100% in a year.

After a while of doing absolutely nothing related to Qperience and its products, we had a discussion with manager from Digia about its efforts to make Qt and QML truly cross platform on mobile devices. During this conversation, it occurred that we really could port our own engine to new platforms and save a lot of time and money. This and the news from Nokia Store closing in on us pushed us to pursue a cross platform code base and get something out to people. This time the competition would be even more fierce as the new platforms had its trenches already dug and occupied but we have to give it a try.

Qt 5.2 was released mid December 2013, with support to deploy on Android and iOS devices. We started our code transition about two weeks later with a great push. The first build was done in hours and before long we were playing Jewels on an Android phone like it was designed for it from the start. The new tools and the fact that the Nokia leash was cut changed the way we made things work. Earlier we had to rely on the most popular Nokia device as a lead, now we started to make the games work on our own phones and tablets. This brought along new hurdles to jump over but also opened up new possibilities. We couldn't make a pay-to-play game as "nobody" pays for mobile games anymore. New products had to be designed from scratch, with a new way of making them free-to-play. We made Jewels Android version to be played for free with no hidden costs or restrictions but added banner ads in the main menu - if users really like the game they will have no trouble at all to fork out that minimum price (~0.99$) of an in-app purchase to remove the ads.

Publishing things on the new platforms can be hard as the Nokia Store had its ways of helping users find new products. This is, for some reason, largely absent from other stores, they rely more on the app or its maker getting the users to know the product or pay them to install it. The best way to achieve this is to get new users from cross promotion, something that can't be done without several products already out there. We made a publishing deal with a local company that has a strategy of getting as many products out there as possible, doing cross promotion with them. This company is called SnowGrains.

The company is owned and run by a man with solid experience of delivering products and projects in achievable pieces, i.e. grains.

The first thing to go out is our crown Jewel, pun intended, "Jewels", now dubbed "Jewels Android". Nothing in the concept has changed, you still get a touch friendly grid of precious gems to swipe around and get them to line up. In comparison to the competition which uses tiny gems that are hard to accurately touch we use our proven way of making the gems the size a fingertip (ok, a little smaller on small screens). What has changed is that the users don't have to pay up front, it's free to play all the way. We want to get people to like this game and "donate" us money by buying the one time in-app purchase. Performance criteria have remained the same, the game is smooth even on the cheapest devices. 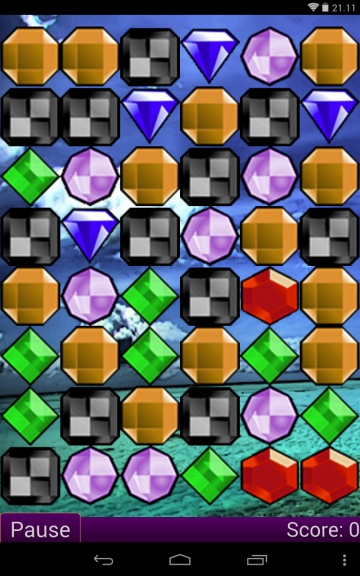 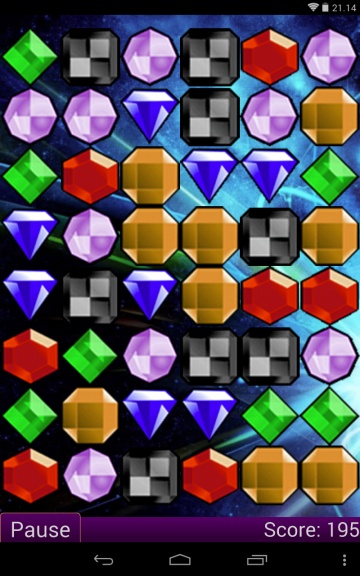 Jewels can be downloaded from the Android Play Store here.

PS. The existing Symbian version of Jewels is here.

Thanks, Antti! You can find Qperience here on the Web.

Any other developers want to share their own stories of transition?

Filed: Home > Flow > Qperience and the switch from Symbian to Android development