The eagle-eyed here will now that Nokia Weather, the widget and module from Maps Suite, has been playing up for the last few days, returning an error message. This has happened in the past and it's always come back after the right person at Nokia has kicked the server, but it seems as though this functionality is now gone for good, with an official Nokia representative confirming it.

Here's what's been happening when you tap to get a weather forecast (e.g. from the homescreen widget): 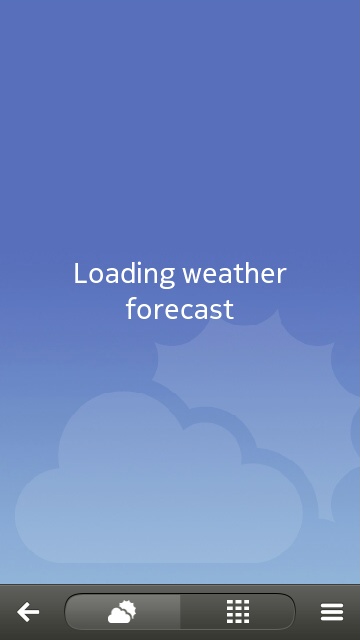 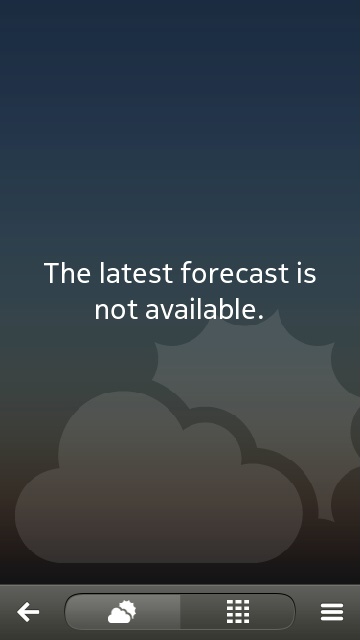 Clearly something is disconnected at the server end, I'm guessing that the software hooks to keep data flowing in Symbian's direction have been severed, and probably permanently. When queried, a Nokia spokesperson on its Discussions forum said:

Unfortunately the weather service with the Weather app is not available any more, the service has been discontinued in Dec 2013. For alternative weather apps, please check Nokia Store.

Some notice might have been nice, Nokia. It's starting to seem as if 'Support until 2016' really does mean 'We'll at least pick up the phone and say hello' rather than meaningful software update and service support, sadly. All very frustrating and probably not helped by the impending Microsoft takeover.

The next thing to worry about is downloadable maps, but hopefully this article will help.

As the Nokia guy said though, there are other options when it comes to weather, see this nice little roundup, for example.