Gravity is possibly the best known Symbian client for Twitter, Facebook and other online services - the developer has been a bit quiet during 2013, but there has been some progress and I was interested to note a new beta (after a lull of six months) for those following the 'beta track'. Moreover, it's instructive to look at the versions available elsewhere, along with relevant changelogs - or at least as much as we know.

Let's start with the new version, highly recommended, v2.85 build 7302, which you can download here. Here's proof of it in action: 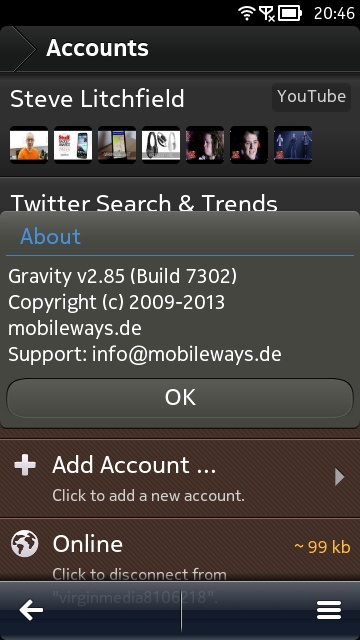 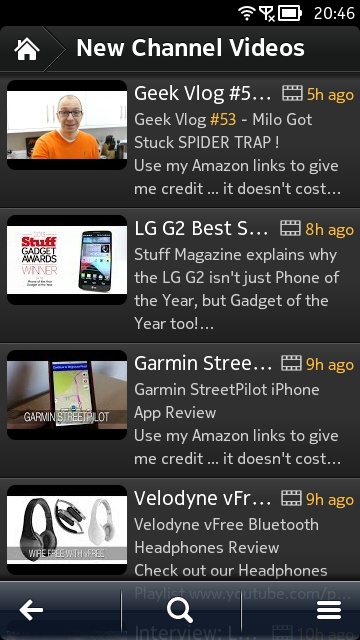 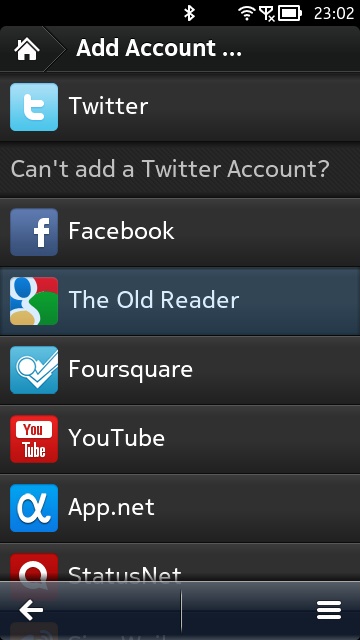 Did you know that Gravity's also a competent YouTube client? Great for keeping a quick watch on your subscriptions etc, at least. Also, new for this latest beta is support for The Old Reader here...

The 'beta' versions are definitely the ones to go for, having all the latest compatibility fixes and new features and viewers. You can install from the SIS file and then buy Gravity for your specific phone on the Mobileways web site, where your IMEI will get added by the developer. (Don't worry, if you change device later, the developer will (within reason) switch your purchase to a new phone.)

All a little confusing! Perhaps the salient information here is what has changed in Gravity in going from the last really 'public' version in the Store, v2.82 build 7287, released way back in April 2013, to the latest beta:

I reached out to Jan Ole Suhr, the developer, but haven't been able to get a definitive changelog for the latest beta - comments welcome if you grab it and notice anything else new.

With the Store about to be frozen by Nokia, I'm guessing the versions there will stay in place, but there's no reason why Jan Ole can't carry on providing updates from his own servers, as he's done since the beginning - a strategy which is looking ever more prescient.....