Definitely a link of interest in view of Jolla's past, but it's worth noting that this Finnish (ex-Nokians) company's debut smartphone and OS is now officially available, with 450 devices handed out to early pre-order customers yesterday. It's neither Symbian nor Meego nor Windows Phone, but does contain elements from all of these, with an interface that's perhaps closest to the now defunct N9 than anything else. It may not take the market by storm, but it's always interesting to watch the progress of a plucky startup, eh? 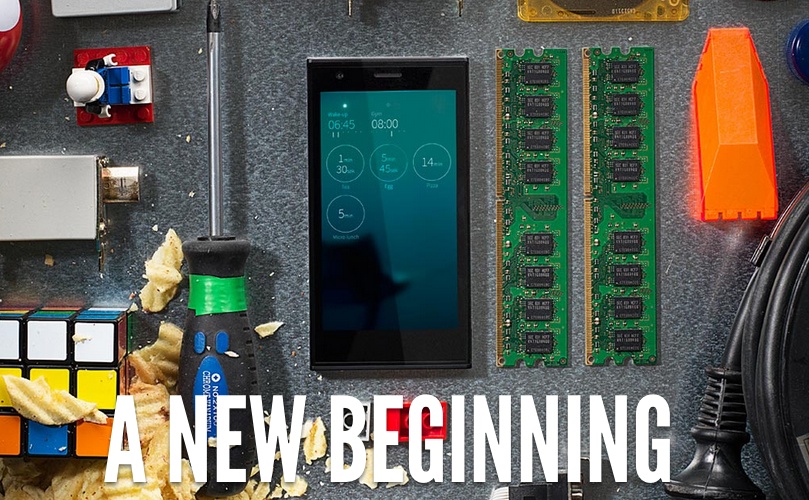 Despite the use of Sailfish OS, the Jolla phone can also run Android 4.x applications and comes with access to 85,000 of these through the 'Yandex' store. This is a smart move, though you'd have thought tying up with Google directly would have been even neater. Maybe the big 'G' didn't allow this, whereas the Russia-based Yandex wasn't as fussy?

A licensed implementation of Nokia HERE Maps comes preinstalled, though it remains to be seen how much of a real time navigation element has been coded.

Smart exchangeable covers are sold separately - originally it was intended that these offer extra functionality (the 'Other Half' concept) but it seems that at the moment these are limited to changing the colour of the Jolla phone's back and to prompting the phone to (optionally) change its 'Ambience' (theme).

There's a new promo video from the Jolla folks, though it's all rather random and confusing. See what you think:

How do you think this compares to the Symbian and Meego of old, and the Windows Phone of today?