F1uptodate has been a Symbian staple for Forumla 1 fans for a while now, and v2.2 brings significant improvements, especially for non-English speakers. As usual, there's information on teams and races, countdowns to sessions, live timing and social screens, plus much more, with the addition for this update of Nokia E6 support.

Happily, the developer has written most of the write-up for me, so I'll hand over to Sebastian:

In F1uptodate 2.2 Build 436 you should directly notice a slightly different menu because of the News icon. Behind it you will find the possibility to finally display news about Formula 1 in the app as it was wished by some people. Since the app is multilingual, it was the easiest way to let every user select which news page he wants to use in the app. The only requirement is that this site offers an RSS feed.

The second major innovation is the landscape mode. This was actually quite casually, as the intention of the UI adaptation was a support for the Nokia E6. Since landscape on “normal” Symbian devices and the E6 have a similar resolution, this step was fairly simple. It should be added that the font sizes do not necessarily look perfect on the E6 because it’s hard to optimize it without a real device.

Calendar and results were mixed together to the “Races” icon to leave space for the news icon. Besides some fixed bugs and optimizations, the app is now also available in Dutch, and there were a few updates to the driver data as the new Twitter account of Adrian Sutil.

Great stuff and I can verify that F1uptodate does indeed work on the editorial Nokia E6: 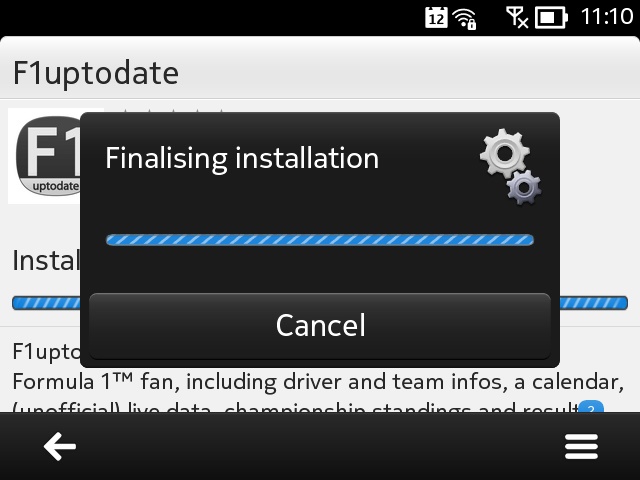 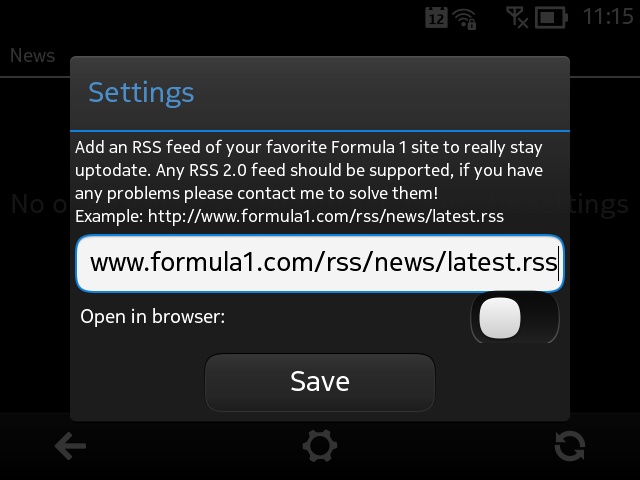 Installing f1uptodate from the Nokia Store - it's a Qt app, so there's the usual minute's delay while the SmartInstaller generates the first million prime numbers....(!); setting the News source, following the suggested URL. 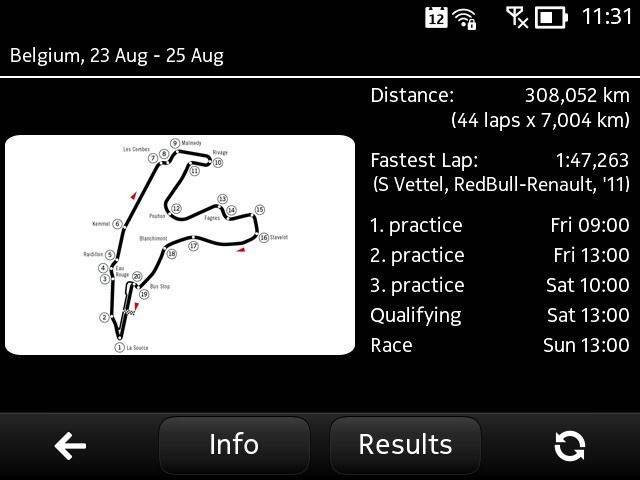 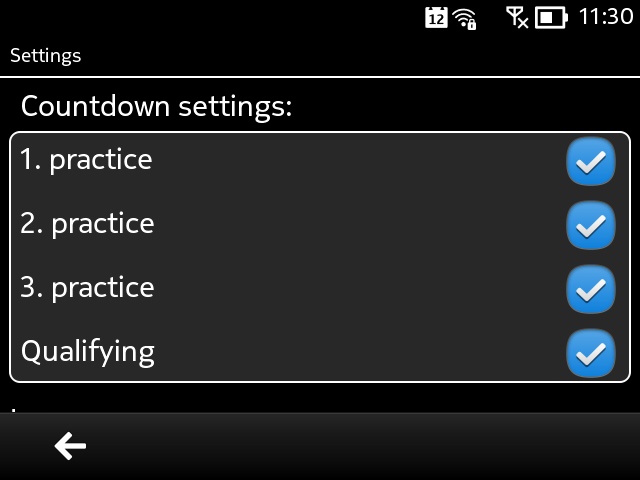 The formatting of pages on the E6 is a little erratic in terms of font sizes, but at least it all works...

You can download F1uptodate here, for free, from the Nokia Store.