Rather confirming the name of the upcoming (three days to go) successor to the Nokia 808 PureView, Microsoft's Windows Phone chief has put up a set of photos on his personal Flickr account, reports My Nokia Blog. The shots show 'Nokia Lumia 1020' in the EXIF data and the quality looks very consistent with shots from the existing Symbian-based equivalent. Clearly, July 11th can't come quick enough....

From My Nokia Blog:

Check out this picture of Joe Belfiore, taken by none other than the Nokia Lumia 1020 says the photo data.

There’s another Lumia here. Same photo. Sat Nav on a boat. Who knew. 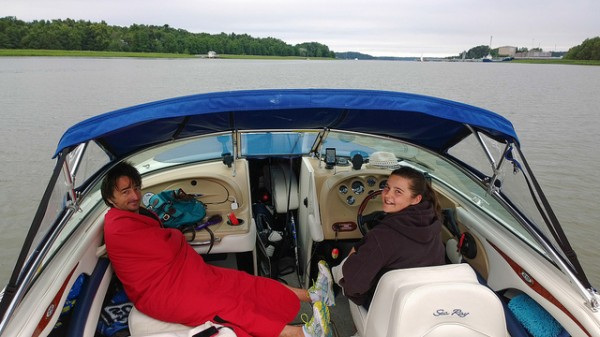 Some people are still thinking that whilst this might indeed be the 1020, that also it might not be the only one we see.

The slightly odd pixel counts in the images that were uploaded is apparently due to them having been processed slightly (or at least organised/cropped) in Lightroom.

Here's a direct link to the original resolution photo that Joe uploaded. It stands to reason that Joe would have access to the mythical Windows Phone-powered PureView device before its official launch and you have to suspect that this is just the latest in a controlled sequence of leaks and teases, building up anticipation for the Lumia 1020's launch in New York.