You may remember that, a few months ago, the BBC's iPlayer team had a bit of an early spring clean, removing official support for all Symbian smartphones? Happily, in that story, I was able to share the small trick that still let users 'download' programmes (as opposed to 'streaming' them). I did note at the time that the situation was likely only temporary, until the BBC got round to removing the DRM support for Symbian handsets. Now it seems that this is indeed on the way out and that the BBC's time-shifted output may soon become a stranger to Symbian. Update: it seems that the needed DRM handler on the devices is the casualty here, one of Nokia's many platform updates has disabled or overwritten it.

Update: You can ignore part of the story below the line now. Detective work by the community has revealed that the culprit is that the needed WMDRM (Windows Media Digital Rights Management) plug-in has been accidentally disabled or overwritten by one of the many platform updates issues by Nokia - and we're not sure which.

You can download the plugin here as wmdrmdlaiplayerhttppluginv1.2.1.SA_.S60.sis and it should re-install on both Belle Refresh and Belle Feature Pack 2, restoring the iPlayer DRM compatibility. Well, until the BBC do eventually stop serving up licenses....

Don't worry if you'd previously installed it - it won't do any harm installing it again, over the top.

Phew! Sorry for the premature alarm.

As of now, certainly for my test devices (E7 and 808), if you try and download a programme from BBC iPlayer, the download of the .WMV file succeeds, but then the DRM license can't be retrieved from the BBC's servers, implying that something's been finally unhooked at the Beeb's end. Ah well. 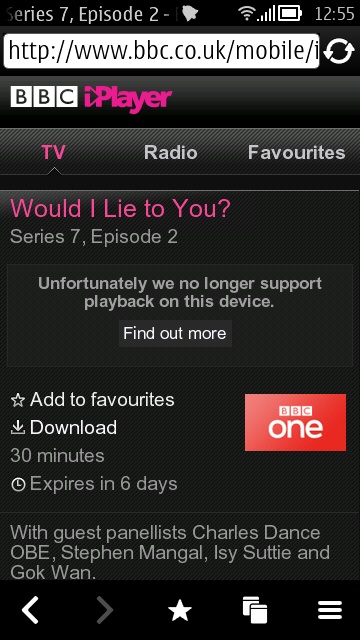 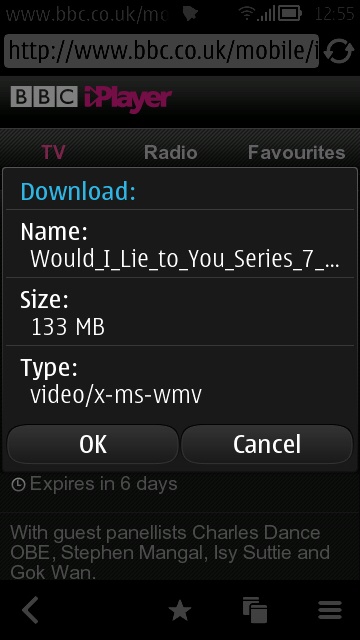 You'd have thought the BBC wouldn't even show the 'Download' option anymore if viewed in Symbian Web? Maybe the web team haven't got round to 'fixing' that yet? Actually downloading the video programme files works fine... 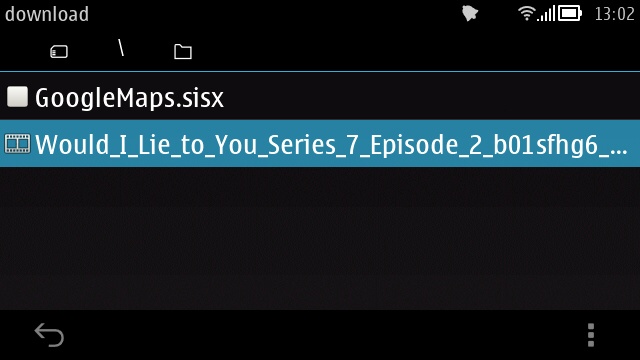 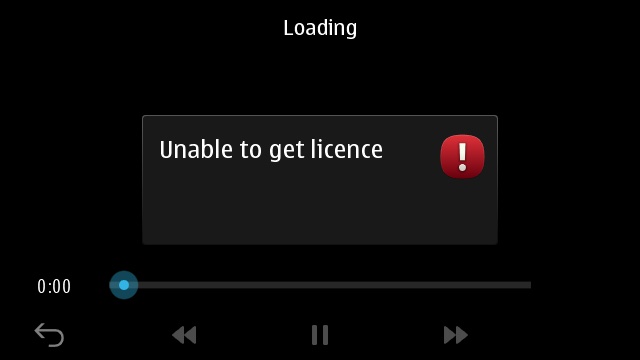 ... but then however many times you tap on the filename, there seems to no longer be a connection possible to the BBC's licensing servers.

Interestingly, as you'll see from the comments below, some Symbian users are still able to connect to, and receive licenses from, the BBC's servers. It's not clear whether success or failure is dependent on the connection ISP (e.g. my Wi-fi takes the phones via Virgin Media) or on the device product codes. My guess, then, is that support is gradually being withdrawn - kind of the opposite of a 'roll out'? In time, I expect no DRM licenses to be served.

It's a sign of the times, obviously, that Symbian fell out of favour with the iPlayer team, who are evidently pushing solutions for the mass market iOS and Android platforms. Quite sad though, after almost five years of happy BBC viewing on Symbian, starting with the Nokia N96, I believe?