Rolling out now for Symbian Belle FP1/FP2 devices (Nokia 808/700/701) is the same 'Fix for Messaging' that the Belle Refresh generation got a month or two ago. This is presumably to fix a number of annoying bugs in Symbian Belle's Messaging application, including one where the message store would get corrupted and snippets of old messages to other people would be sent out along with the current message you were typing. Comments welcome on whether this fixes any other issues that have been annoying you, perhaps on the Nokia 808?

As usual, you can get the patch by going into SW Update on your device, from the main app menu: 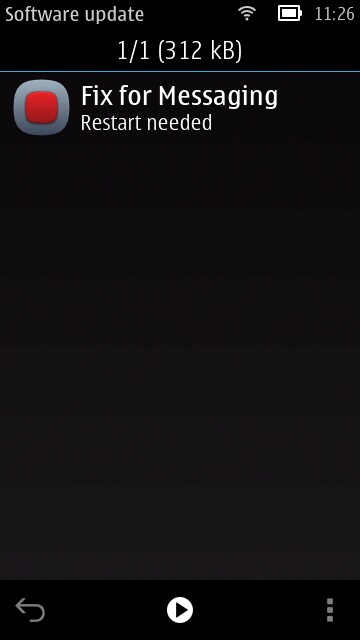 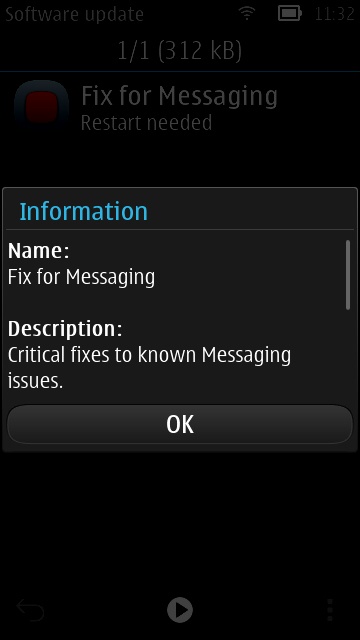 Accenture are still, it seems, very much on the case in terms of fixing up longstanding quirks in Symbian and its applications, though I have to wonder why it took over a month to roll out exactly the same bug fix (in terms of app version and build number, v10.1[28]) to the parallel platform.

Anyone remember the bad old days when critical fixes would get delayed and then addressed  as part of new firmware builds, adding more delays while operators approved every build for every phone variant? Great to see fixes able to be deployed so easily these days.