Ah yes, Sudoku - revisited here by the prolific NokiMoki in a trio of coloured boards. You know the rules, you know the drill and you get to pick the colour. £1, even for such a simple (and, in places, crude) implementation is marginal - but you'd pay more than that for the paper version in a newsagents. Even if you can live with the limitations, you probably won't want to get all three colour variants though! 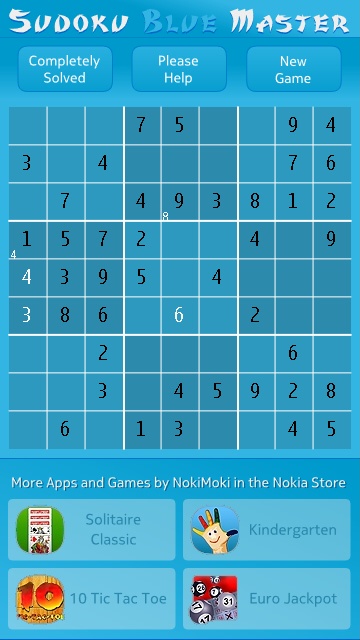 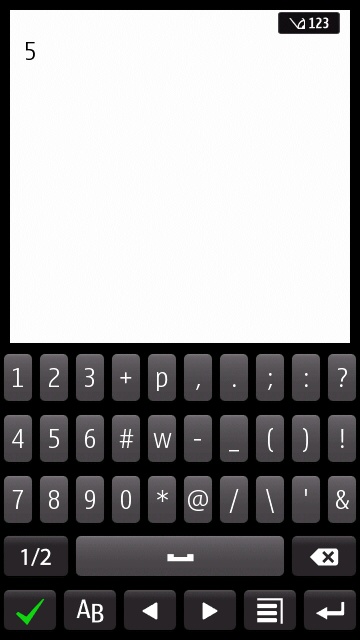 There's nothing wrong with the basics of Sudoku here, though it's not clear whether the puzzles are pre-programmed or randomly generated. I did like the 'Please Help' button, which fills in a square at random from the solution - an excellent way of nudging you in the right direction.

On the downside, there's lots of screen real estate wasted with adverts for the developer's other titles - given that this is a commercial game, this seemed a bit much.... Plus entering numbers is fiddly at best. Get your taps wrong and you'll be entering notes rather than full entries - and all numbers have to be input via the standard Symbian keyboard, which comes up in QWERTY mode every time and has to be switched. Gah. Not pretty.

You do get two other colour schemes to pick at the time of purchase:

In the Nokia Store then, there's Sudoku Blue Master, Sudoku Green Master and Sudoku Red Master, all priced at £1.