Implemented in Web Runtime(!) - nChess is quick and casual

What do get when a Symbian enthusiast spots that someone once wrote an entire chess engine in javascript? You get a chess game implemented entirely in Symbian Web Runtime - and it's not as bad as you might think. With fairly attractive graphics, four AI levels, save games and a full background log of all moves made, nChess is definitely worth installing.

Here's nChess in action, it installs as a regular application in your smartphone's app menu: 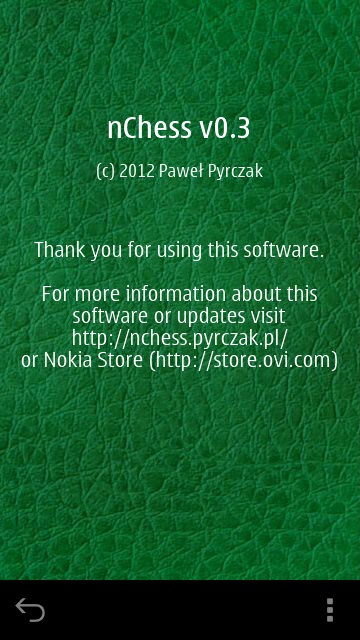 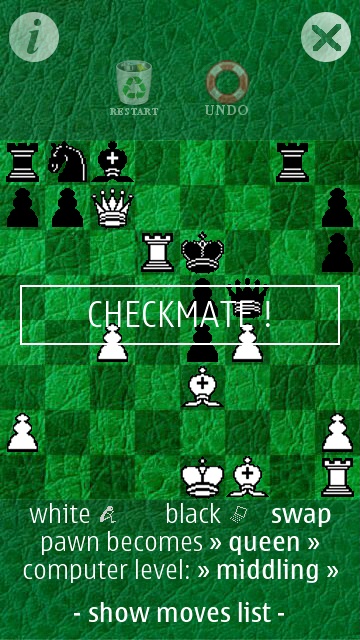 In my trial games, I both managed to checkmate nChess, on 'middling', and also lose to the game (embarrassingly), on 'slowest'. This was the hardest level and presents casual players with a challenge, but I still made a few mistakes. 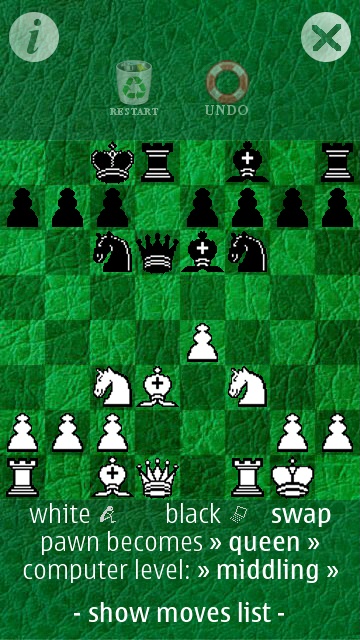 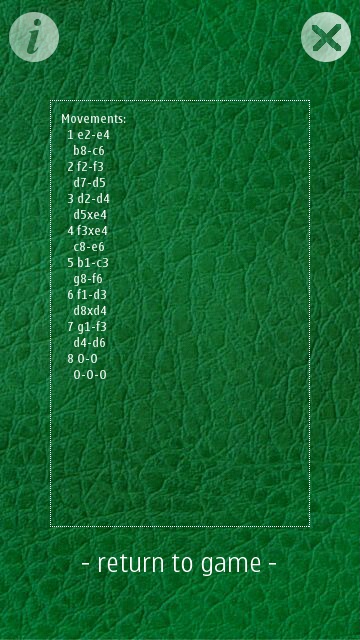 In play, there's a handy 'Undo' button, which serious players will be disciplined at avoiding! Tapping on the 'moves list' lets you check what just happened.

The biggest limitation in nChess is actually one which could be fairly easily rectified by the developer, if he chose to. When the AI is moving quickly, and when the board is 'busy', you have to really, really pay attention to spot which piece it has just moved. Or keep switching back to the 'moves' list. I'd have thought a brief flashing animation (or similar) to show an opponent move, would have been quite possible?

This may not be in the same class as Chess Genius or Zingmagic Chess Pro V, but it's still worth a download and playing around with. You can download nChess for free here in the Nokia Store. See also the game's home page.