Calling MathGraphica3D a calculator is like calling The Bible a short story - we're talking a full graphical and numerical analysis tool, implemented for Windows, Mac, Linux and... Symbian. Eat your heart out, other mobile platforms. I've been screenshotting it below, with comments, plus there are some videos of a desktop version in action to give you a further idea of what's possible - the functionality is the same for each version.

Back in school (1970s!!!), I remember tackling algebra, derivatives and integrals from a purely symbolic point of view. Everything had to be solved with manipulations on pencil and paper, and it was only at university that I encountered the 'modern' way to approach complex eqiations from the point of view of putting in numbers and 'seeing what happens', then iterating very fast using a computer to adjust the inputs until a desired output is achieved. Such computational techniques have the disadvantage that they're rarely as satisfactory for relatively simple equations but the huge advantage that they can produce 'solutions' for complex equations which would be almost impossible to solve by traditional means.

Now, with your Symbian smartphone being a mini-computer in your hand, you can delve into the world of computational analysis on a nHD touchscreen. Oh, and, you won't be surprised to note that the other advantage of a computer doing most of the work is that pretty graphs are easy to create - no more graph paper and coloured biro for you! 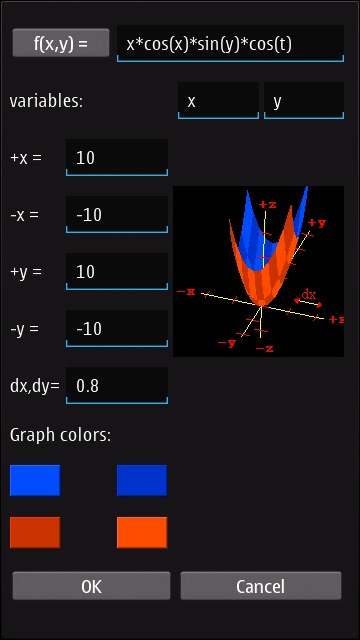 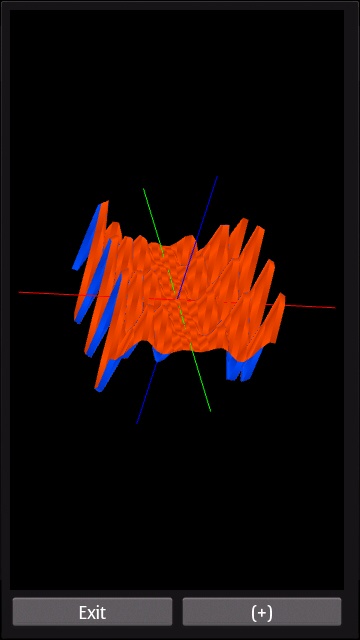 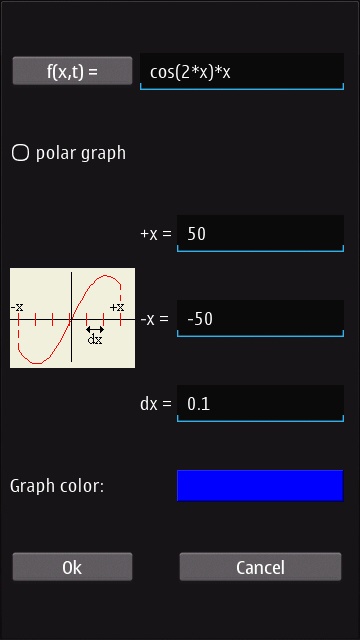 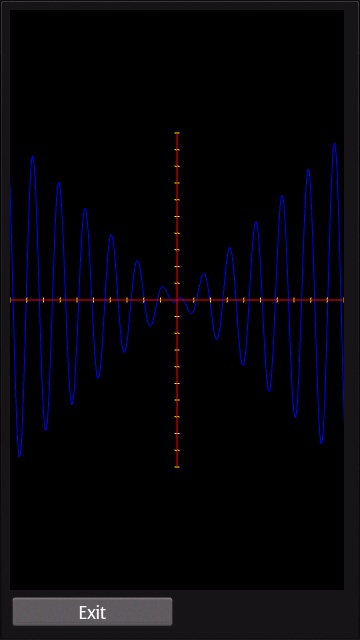 Each graph can be zoomed into if needed, or animated/spun in any axis, which always makes for an impressive demo - credit to the developer for seeding each area of MathGraphica3D with a sample function or suitable set of data, to get users off to a flying start in terms of appreciating what the application can do. 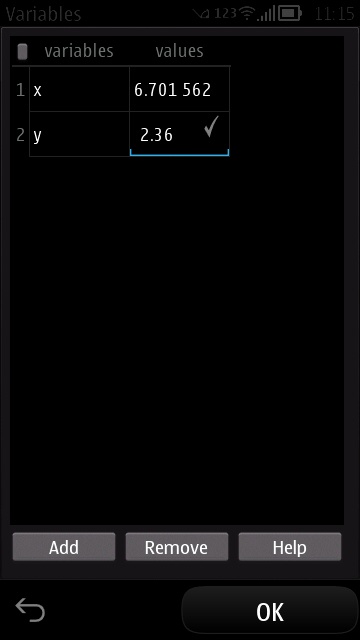 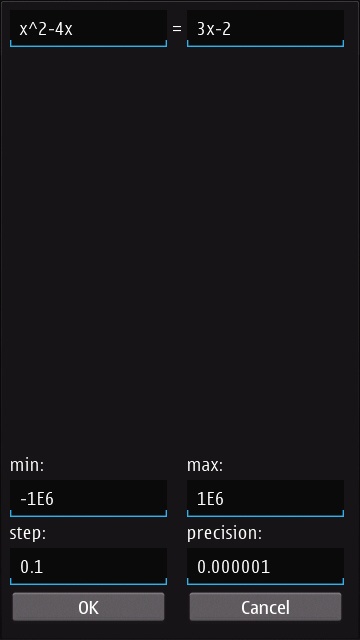 At heart is a full numerical analysis engine though. I remember stuffing values into mainframe routines back in the 1980s and here we are doing similar analysis on a phone in 2013....

I was very impressed that the developer backs up the application with a full hypertext help system/manual, and it's built-into the app and not relying on a web page, handily, so can be accessed quickly and from anywhere... 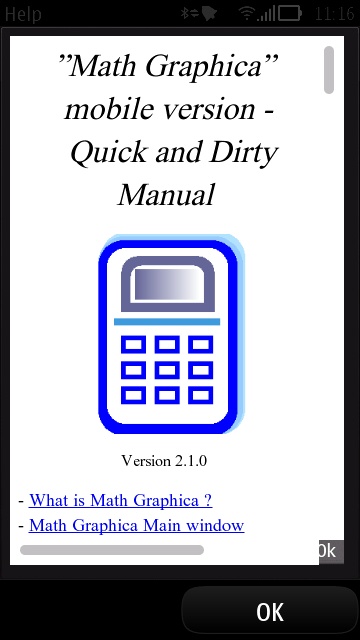 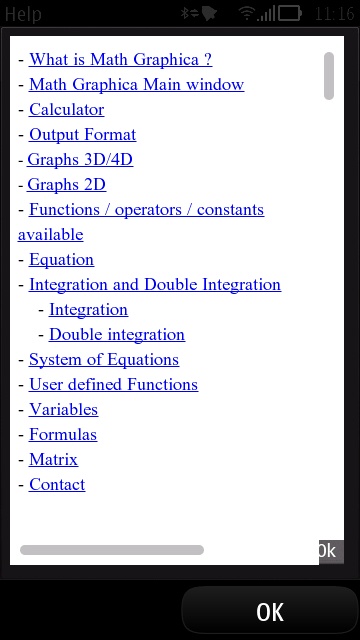 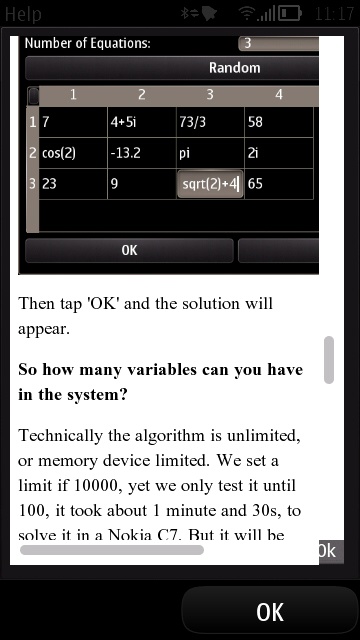 I had intended to make this a full review, but realised that I was out of practice, out of my depth, or (quite possibly) both, but you'll get the idea from my test screens and comments, at least. The learning curve here is high, but the functions on offer are surprisingly powerful and anyone working in the fields of science or engineering should find MathGraphica3D a very useful addition to their phone. 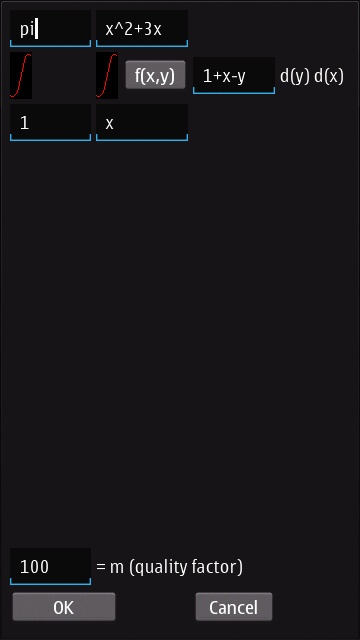 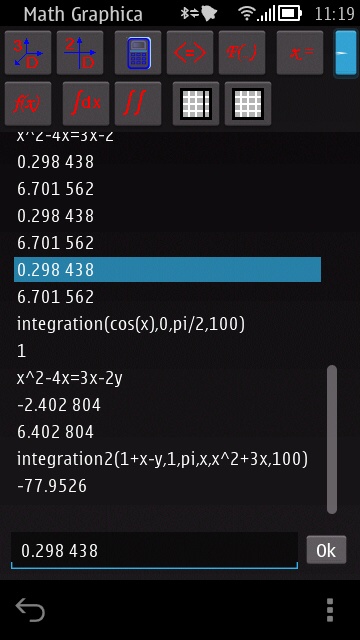 You can buy MathGraphica3D for £3 here in the Nokia Store, plus there's a version without the graphing modules for £1.50 here. Highly recommended.

Finally, here are a few videos from MathGraphica3D's creator, showing some of the functionality at work (in the desktop version). They'll give you an idea, anyway: