In our launch story for Burst Camera, I described how it could take very rapid (30 fps) sequences of photos and someone (rightly) pointed out in the comments that the app didn't in fact take actual still photos that quickly, as is also obvious with hindsight. In fact, Burst Camera takes a short 1080p video and then deconstructs this into the burst photos needed. And, with this new version 1.0.3, you get to keep the video too, making the functionality eerily similar (if a lot less flashy) than the high profile 'HTC Zoey' mode on the 2013 'One' Android handset.

Burst mode camera functions have been around for a while on most mobile platforms, of course, but recent advances in camera speed, in GPU performance, and in fashion, have meant that they're 'trending' in 2013. Spearheaded by the rather excellent HTC One, with its 'zoey' function (short for 'zoetrope') baked into the main Camera application. Essentially, when you tap the shutter icon, you're capturing 24 photos (at, roughly, 8 shots a second) plus three seconds of 1080p video.

In practice, it's very nicely done and invaluable for capturing shots of children and pets and anything else that moves quickly! Now, although you don't get the HTC One's 'always-capturing, including a second's worth from before you tapped the shutter icon' capability, you can get close to the exact same functionality on your Symbian handset by using this updated app, Burst Camera.

In fact, on the Nokia 808 PureView, you also get the 4x lossless digital zoom as well, something that the HTC One can't match. Plus you get complete control over how fast you shoot, right up to 30 frames per second (in case you're shooting the end of a 100m/sprint race, perhaps?) Each image is 2 megapixels and, as on the HTC One, the video is 1080p. 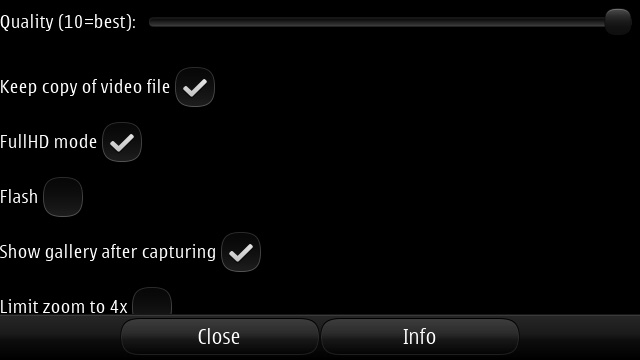 Note the 'Keep copy of video file' option (the default is to delete it after use). 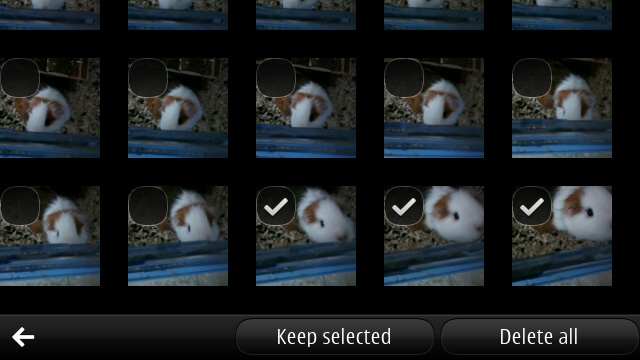 After snapping, there's a short 'processing' delay (longer, the more frames per second you ask for!). Then you're given the gallery of images shot (in this case, 8 fps for 3 seconds, the same as on the HTC One), just select the ones you want to save to the main smartphone Gallery. 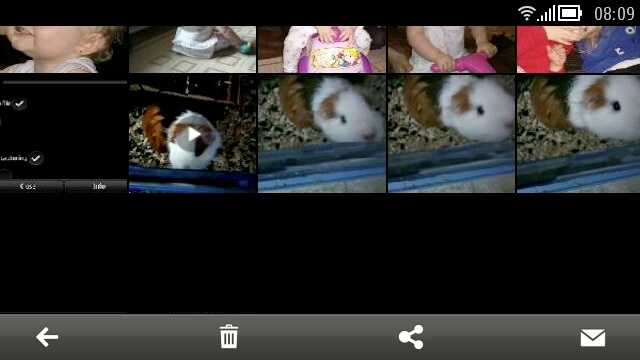 Having tapped on 'Keep selected', you can then go back to the main Gallery on the phone and you should see the HD video clip, alongside the images you said you wanted to keep. 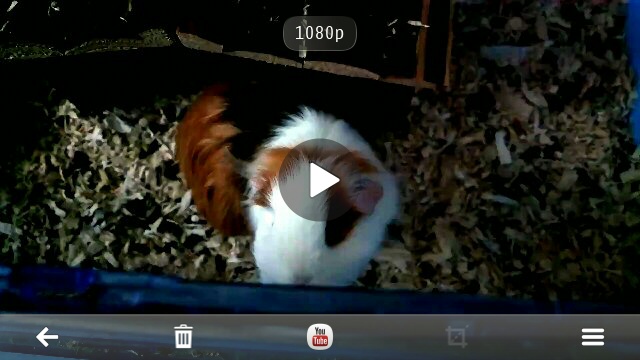 Now, on the HTC One, you also get an animated Gallery view, with the HD video being previewed in place - Symbian's Gallery thumbnails are obviously static.

Although it's not as fast (that 'Processing' delay) or as slick as on the One, Burst Camera on Symbian is still a very useful facility and has earnt its place on my Nokia 808. Whether it's snapping someone in a running race or trying to get the perfect shot of a baby or shooting steam trains(!), you can now get just the split second shot you need, provided you're happy with 2 megapixel resolution.

In case you were wondering:

You can buy (or update) Burst Camera here for £1.50 in the Nokia Store.