The Office for Communication, Ofcom, has recently published its annual reports on customer complaints for Telecoms and Pay TV. Ofcom is the United Kingdom's regulatory body for telecommunications, broadcast and postal services, and is where consumers can turn to with unresolved complaints against any of the aforementioned services. While the report covered complaints for fixed phone lines, broadband, Pay TV, monthly mobile contacts and pre-pay mobiles. Of all sectors, pre-pay mobile customers were shown to be the most satisfied of all.

In fact, Ofcom say that 95% of mobile complaints are from monthly contract users and mobile customer complaints continue to be driven by disputed charges and customer service.

To put the quantity of complaints into context, Ofcom report that, "over the previous 12 months, no provider has consistently received more than 30 complaints per month". 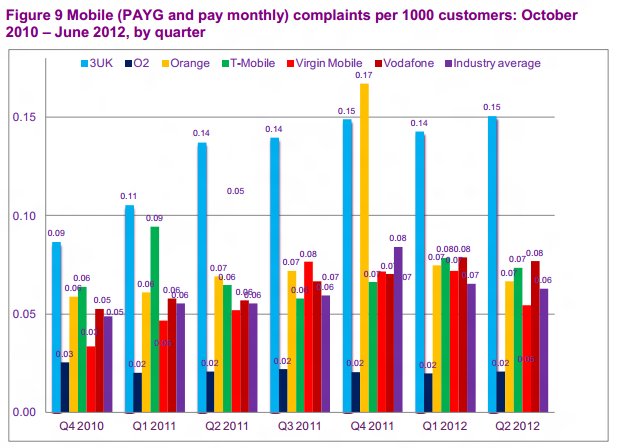 How do you feel about your mobile service provider?