You all know I'm a fan of the Web doing the job of an application - remember 'There's a bookmark for that', from 2010? Over the last couple of years I've dipped into YouTube's mobile-optimised web site, m.youtube.com, watching it get better and better. Recent changes have improved it to the point where it's debatable whether you need to even think about sourcing a dedicated YouTube client. Read on for proof...

Back in 2008, we were using QVGA-screened smartphones (e.g. N95 8GB) and Google was pre-Android and very much in the cross-platform mobile game. Having acquired YouTube, Google set about creating and updating a dedicated YouTube client for Symbian. This ended up at v2.4.10 in 2010, with a slick enough interface, adapted for touch but then Android took off and Google axed future Symbian development. Unfortunately, this client is still stuck, resolutely, using the QVGA video stream (i.e. 240p) from YouTube. And rather sadly, I still see this version promoted by Nokia in its Store, as if it's new and exciting - it's not.

Take a look at the comparison graphic below: 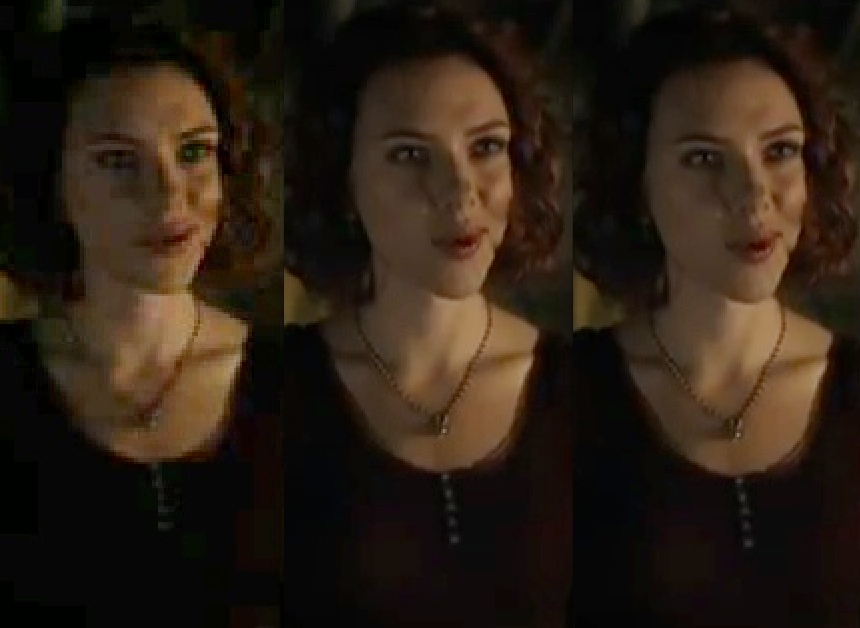 Numbered from left to right, above:

The quality difference between 240p and 360p is vast, as I'm sure you'll agree. And immediately disqualifies the official (old) YouTube client from any serious use today.

The second and third crops are more interesting. The 360p stream from m.youtube.com looks pretty crisp, as indeed it should, since the resolution (theoretically) matches that of the nHD Symbian screen. But one thing noted in our review of the latest CuteTube was that slightly better quality could be achieved by altering the 'Playback' quality to '720p' and letting the phone hardware do high quality downsampling in its GPU to 360p. However, judging from the crops above, the quality difference is marginal at best - and with the disadvantage that a) you need CuteTube in the first place, and b) you'll significantly increase the amount of data bandwidth needed by the phone.

Now - please don't let me discourage you from buying CuteTube - it's one of the stars of the Symbian firmament and puts YouTube into a slick GUI, complete with download options, for saving videos for offline viewing. BUT - note also that for general purpose YouTube use, the mobile site now serves up the exact same underlying 360p .3gp video as it does for CuteTube in its default mode.

In addition, the range of functions now available, quite elegantly via m.youtube.com, is now quite wide: 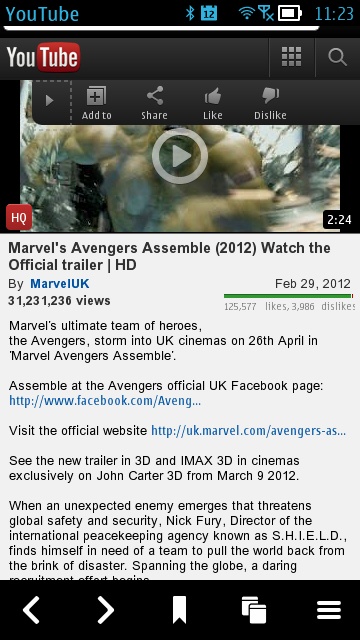 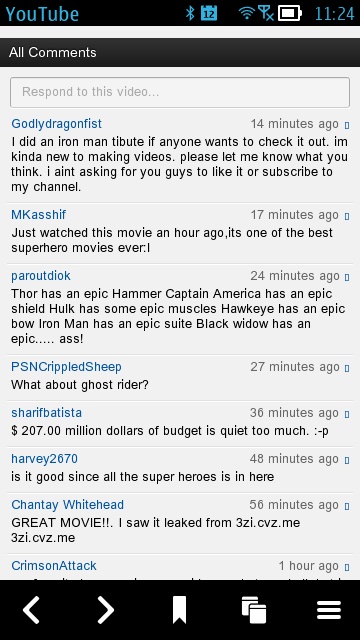 With 'Show more' expanded and note the 'Sharing' pop-out toolbar; scroll down the page for top-rated and all other comments on each video 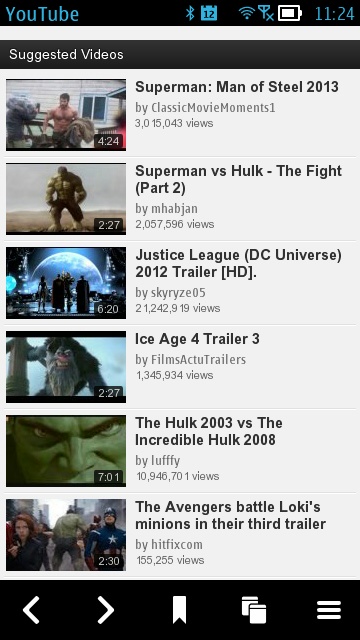 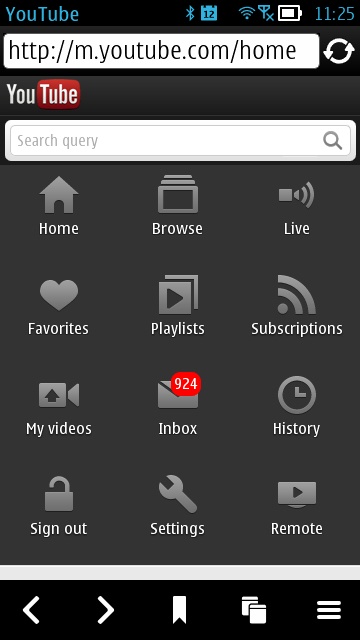 Suggested videos - these rather get in the way, in that they're inserted before comments, but it's a great way to follow a daisy-chain of videos around the site; and the (very Symbian Web-like) menu pane for all your YouTube functions once logged in with your Google account.

So what are you waiting for? At the very least, make sure you've got m.youtube.com bookmarked in Web!

PS. It's obviously not just Symbian which has inherited a decent mobile YouTube experience. I was interested to note that, since day one of Windows Phone, that OS's official YouTube client has simply been a shortcut to m.youtube.com. In fact, it might even be that the existence of tweaks for Windows Phone has now drastically improved the experience for Symbian users. Shhhhh.......