The BBC has started a revamp of its popular mobile home page, starting with a month long beta test at www.bbc.co.uk/mobile/beta - some screenshots are shown below. There are a few issues, mainly to do with a mix of 'old mobile', 'new mobile' and 'full desktop' pages being linked to, but these will doubtless be ironed out in due course. In the meantime, I approve of the general 'in one glance' presentation. 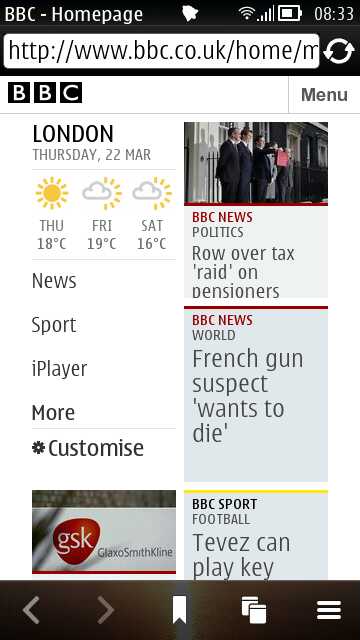 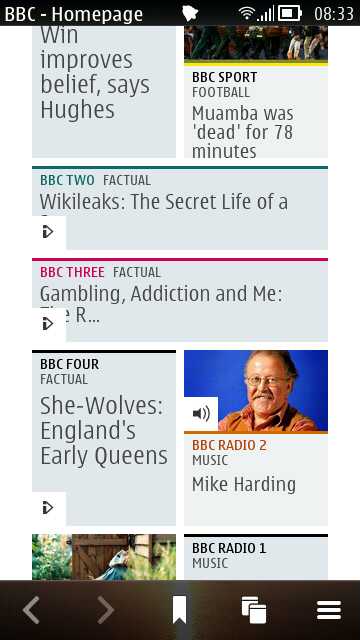 The new layout, clean and customisable 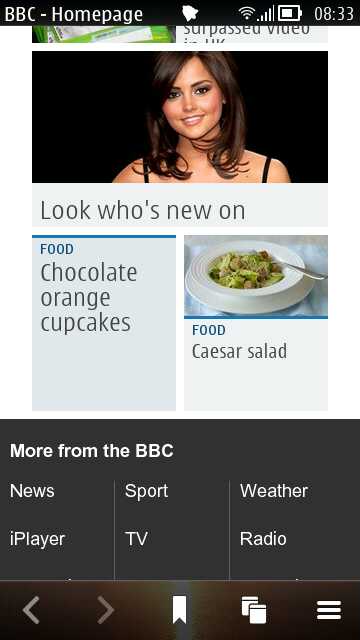 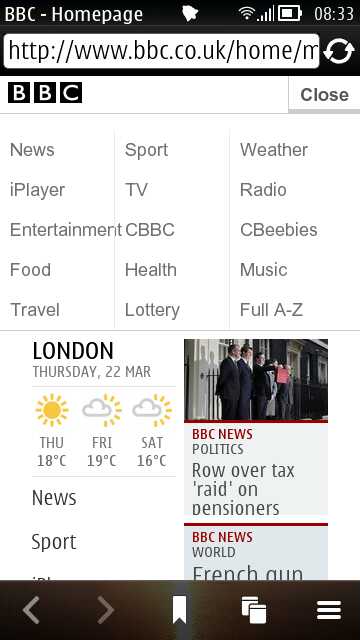 Bottom of page and top of page links panels... 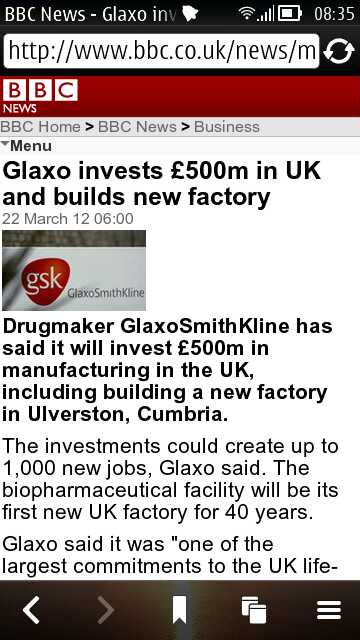 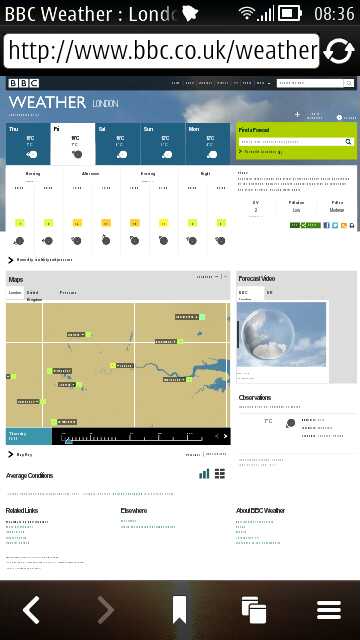 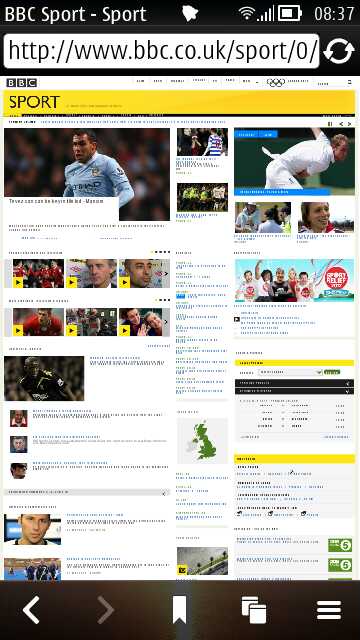 ... which don't usually link to content in the same new mobile form. Ah well, it's in beta!

From the BBC's blog:

The Beta is accessible from a promo at the top of the current mobile homepage, directly atwww.bbc.co.uk/mobile/beta or you can go straight to it by scanning the QR code below.

One in seven of our visitors now come to the BBC Homepage via a mobile device, and this is set to grow as 55% of mobile phone owners in xthe UK now own a smartphone. The current mobile homepage wasn't meeting our users increased needs and expectations; we wanted to improve this experience and bring it more in line with the desktop version which launched at the end of last year. The Homepage's role is to bring together all the different areas of the BBC and showcase the absolute best of BBC content, and by offering customisation let you decide which content you would like to see on your BBC Homepage. People use mobile devices in a very different way to a traditional computer at home, so we had a design challenge to ensure the content was quickly scannable but meaningful.

The Beta site is an initial launch and we will continue to work on it, adding new features and customisation options such as Podcasts, Things to do, Travel news, Search and blogs in the coming months. We have launched a Beta version to test the product and the technology in a live environment. The Beta period will last for around four weeks and sit alongside the current mobile Homepage. After this period we will decommission the current site and it will be replaced with the new one.

Some of the key features of the new BBC mobile Homepage include: