"Ewan!" cried Rafe, "Nokia have pushed the N-Gage Client out ahead of MWC!" "I knew they would," [Yeah, right - Ed] I congratulated myself. "Time to find out just what they have in store for us..."

So it’s finally here. After a quiet euthanasia of the N-Gage and N-Gage QD software line, the N-Gage brand was put into hibernation till the time was right. And the time is now right. Or at least almost right. Kind of. Promised to be available since late last year, the all new, next-gen N-Gage client is now available for public testing.

This isn’t the final product, as Nokia are making it clear when you download it from the N-Gage Arena forum. This is a public test of the client, and any points scoring you might do in the client are going to be reset to zero when a v1.00 becomes available. And for now, only the N81 users are going to have access to this. I’m sure there will be howls of protest at this, but given this is still a buggy version (I’ve had a few lock ups and mystery error reports in the first hour of testing), Nokia won’t want to have millions of people hammering the server immediately. Restricting it to N81 users will keep the numbers down to a more manageable size, and make bug replication a bit easier, given the only devices theoretically compatible with it are N81’s. 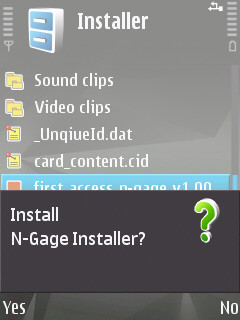 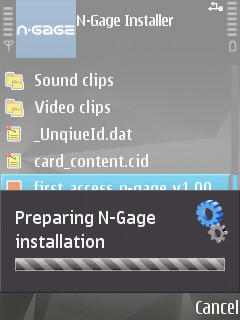 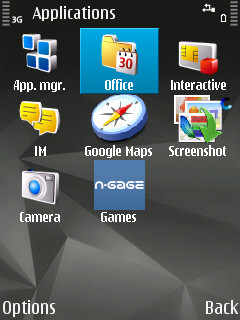 (Of course the internet is a marvelously 'intelligent' place – I gave it 30 minutes till the SIS headers were tweaked; confirmation arrived in about three hours that an N95 enabled version was floating around in the dark corners of the 'net - what did Nokia expect? Lets hope the DRM on the games is more robust.)

Grabbing the download is a matter of heading over to the Nokia Blog, clicking through to the forum and downloading either the archive with everything (just under 60MB), or the separate elements; i.e. the standalone launcher application (6.3MB) and three game demos.

You’ve one more (optional) hoop to jump through – you’ll need to use one of the more recent version of Nokia’s PC Suite (v6.84 or higher) to install the SISX via your PC. Alternatively (and this is the only option for Mac or Linux users) you can copy the SISX file over to your N81 and install by clicking on it via the File Browser. Be warned, the (larger) install file is a memory hog – you’ll need to free up as much storage as possible, both as temporary space on the C: drive, and also by exiting every other running application on your device – don’t leave anything lurking in the background.

And the N-Gage client is on your phone – it’s now a friendly blue colour, replacing the orange ‘trailer’ that was previously in your home screen. Boot up the application and you get something that is familiar, thanks to many screenshots and preview presentations, but you can now work through it. Welcoming you is the Home screen, where the last game played (and its title strip) is on display, along with quick links to your friends, your progress (score table), the Featured Game that Nokia are ‘highlighting’ this week, and your N-Gage Inbox for messages. All simple and easy to use, although looking nothing like the S60 style guide! 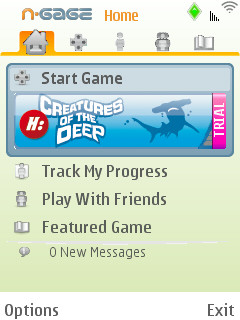 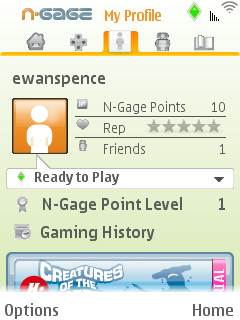 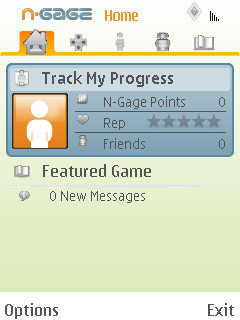 It’s easy to navigate, up and down moves through the options, and left/right tabs through the different screens. You start at Home and work along through your Games Library, your Profile, Friends List, and the showroom (essentially the Nokia populated portal of this week’s top games, new releases, and extras).

Installing games is reasonably straightforward – you can download over the air (and this is currently the only option if you want the demo of Block Breaker Deluxe), you can install the .ngage game files via the PC suite; or copy the .ngage file into the /ngage/ folder on your N81 and let the client install it automatically. Naturally over the air is the easiest, and obviously given this is a beta, the quickest way is to drag and drop the files over USB into the directory structure! 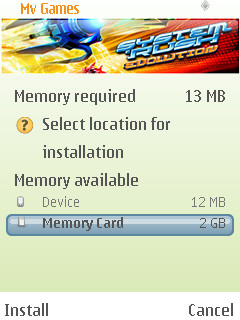 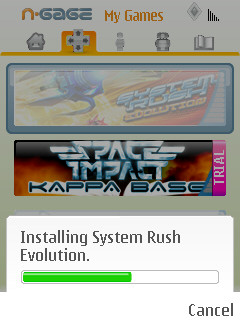 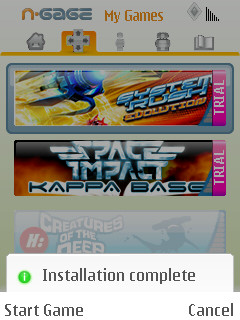 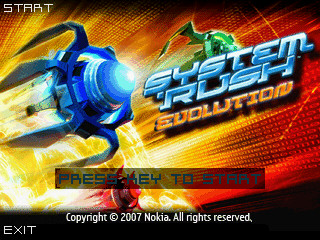 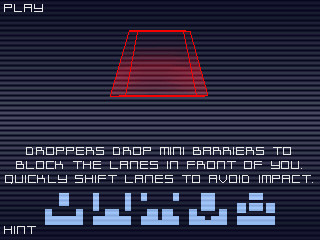 As well as Block Breaker Deluxe, this release also has demos of Space Impact, System Rush Evolution and Creatures of the Deep. We’ll look at these in more depth over the next few days, but for now a quick look round the social functions of the client show where Nokia is focussing their efforts. 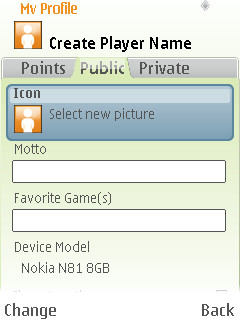 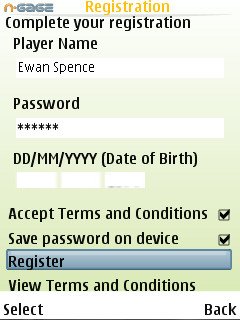 Registering your username and setting up your details is done under My Profile. You can upload an avatar as well, any image on the phone will work and I expect a lot of headshots via the N81’s camera to appear! Most menus will also have ‘N-Gage Settings’, where you can edit the connectivity, personal settings, and the details the Arena makes visible to others. 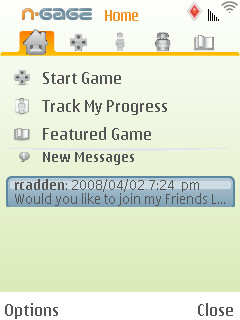 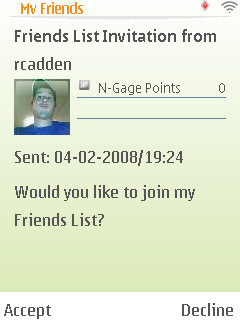 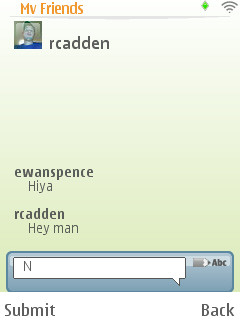 Friend discovery at the moment relies on you knowing the exact user name of who you are looking for – I’d expect a search function to arrive in later versions. Once you’ve tracked down someone (in my case Ricky Cadden from Symbian Guru) you’ll see their online status, their current N-Gage points score, and you can start IM chats with them. Once the multiplayer games arrive, I’m assuming this is where you’ll be able to send out challenges (remember that messaging inbox I mentioned earlier?) and start some deathmatch or co-operative action.

Until the population of the Arena picks up, and some more games are released into the system, it’s not going to be clear just how effective the client is at the social aspects of N-Gage that Nokia are pushing, but from a first look, all the required elements are here and they are easily navigable. The code did lock up once, but I’m going to cut some slack here to the developers as it is beta code at best. N-Gage is here, after a difficult second birth – Nokia are in the race.

The next few weeks and months will show us how hard they can run, and how well they can adapt to the fast moving gaming scene they departed a few years ago.