Pimping the Nokia E90 and replacing the N97?

You'll have seen my previous 'retro' article, looking at pimping the Nokia E61i, an early 2007 device that can now be picked up for pocket money but which still has a unique form factor. The same applies, but 'in spades', to the Nokia E90, released only a few months after the E61i but sporting the full Communicator form and also S60 3rd Edition Feature Pack 1, plus SDHC support. Like the E61i, it too had a number of performance bottlenecks, so how did I get on pimping the Nokia E90 to 2010 standards and might it possibly challenge the mighty (ahem) N97? Read on.... 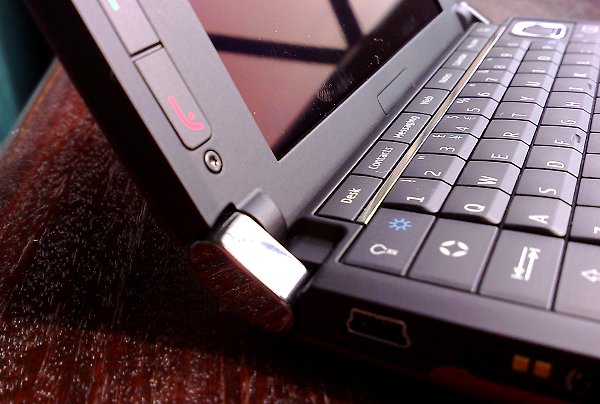 "After my lengthy two-part (look 'em up) piece looking at the functionality (for me) of the Google Nexus One compared to the Nokia N97, I was struck by how many commenters still misunderstood my intentions. I was explicitly looking at real world functionality, not raw specifications. So, for example, I would talk about music playback or secure databasing or video watching and I would get back comments like "But, dude, the Nexus one blows the N97 away, it's got a 1 GHz processor and capacitive screen!". Totally missing the point. Great specs are important, but they're not the end of the matter when it comes to your smartphone helping you get through your daily life."

The Nokia E90's unique selling point is, of course, (and like the E61i) its form factor. Here we have twin screens, with the internal one hitting 4" (the same as the very top end superphones of today), plus decent qwerty keyboard, loud stereo speakers, surprisingly good 3mp camera with VGA video recording, graphics acceleration, 80MB of free RAM, oodles of free space on disk C:, SDHC support and so on. It's still a compelling device, when you look at it like that.

But what about the software, the E90's Achilles heel? S60 3rd Edition Feature Pack 1 brought a similar core OS to the Nokia N95, but everything had to be slightly adapted for the E90 becaus e of the non-standard (i.e. bigger than QVGA) screen size. And where there are adaptations, there will be stagnation, since the offshoot OS in the E90 got left behind while the rest of S60 marched on (towards 5th Edition). This is being a little over-dramatic, as the E90 did receive several bug-fix firmware updates, but it's fair to say that, despite the RAM and graphics chip, several functions are on the tardy side, limited by software that had been stretched (both metaphorically and literally) from its QVGA roots.

However, as with the E61i, I was curious as to how useable the E90 would be in 2010, both in terms of its core OS and in terms of the evolving software and services scenes. How well could I make it shape up?

Because the E90 is a lot closer to 2010 spec than the E61i, I've opted for the same approach as I used when wondering whether a Google Nexus One could replace my Nokia N97, i.e. I've taken the 15 most common things I need to do on a smartphone and looked at how well the E90 copes. After all, it should get most of the way 'there'... I've also picked a 'winner' (just for fun) in each case...

In approximate order of importance to me(!):

It's fair to say that all the important bases above are covered by the E90, which is why, even in 2010, it remains fully synced to my main data sets and is always 'on call' for use when needed. And it managed to best the N97 in five of the above functions, some achievement for a smartphone that's two years older!

In addition to getting to grips with the functions above, I also had quite a bit of fun 'pimping' the E90 with latest versions of a number of other applications, not all of which proved a major success:

From villain to hero?

From the early hype and leaks to release and then almost immediate criticism (mainly from the 9500 Communicator fans, who were upset about the dropping of 'Series 80'), it has been interesting to watch perception of this, Nokia's biggest, most expensive, and in some ways, most ambitious smartphone ever. When the E90 is mentioned in 2010 by a blogger, you're likely to see the word 'legendary' somewhere nearby.

For the current touch generation, used to plastic resistive screens and a distinctly uninspiring touch implementation, the idea of a metal hero, driven by the best qwerty keyboard in the last 5 years, with the largest screen in the last five years, and powered by Nokia's largest battery, must seem very appealing.

And indeed it is. Still. As you'll have seen above, in areas of core functionality and for mainstream, well-written applications, the E90 still matches anything else on the market, three years later. Its main weaknesses lie in lack of support by developers for the somewhat unusual screen.

Can an E90 replace an N97? Quite possibly, though you'll have to compromise a little on applications. Can an E90 be fully pimped to 2010 standards? I say yes. And I note that, on eBay, over the last 3 months, the average (completed) selling price for an E90 is around £160 - that's still something of a bargain in my books - and you can bet that such a unique device will hold its value, or even rise. What are you waiting for?

Steve Litchfield, All About Symbian, 30 March 2010