Do cameraphones mean the end of the UFO phenomenon?

There have been claims of mysterious flying saucers carrying alien creatures for over sixty years now, but very few supposed witnesses have ever taken pictures or filmed these craft. Now that cameraphones are becoming ubiquitous, will we see a flood of UFO images, or a drought of UFO sightings?

Do cameraphones mean the end of the UFO phenomenon?

(Note: Although "UFO" technically means any unidentified flying object, this article uses "UFO" in its popular sense, to mean a flying craft of apparently non-terrestrial origin.)


In Texas, USA, on the 29th of December 1980, an event known as the Cash-Landrum Incident supposedly took place: three people were driving along a rural road when a huge glowing diamond flew towards them and hovered above the ground, emitting a bright light and great heat. A group of helicopters, apparently belonging to the US military, appeared on the scene and somehow took the object away. Afterwards the witnesses suffered from the symptoms of radiation sickness. While the illness was observed by hospital staff, the cause of the illness wasn't observed by anyone except the alleged victims. The witnesses had no camera with them, so even if the object did exist there was no way to prove it. UFO fanatics seized on the radiation as proof that the story was true, while sceptics seized on the lack of health checks before the incident which would have ruled out another source of radiation.

This kind of story is extremely common in the UFO world, an individual or small group find themselves in an isolated area, they claim to witness something fantastic, but afterwards there's nothing left except some pretty unbelievable claims. The simplest explanations are that they're hoaxes, delusions, or everyday objects mistaken for something less ordinary.

It's worth bearing in mind though that it's very difficult to prove that such a story is untrue. Helicopters clearly exist, but if you saw one flying through a rural area how would you prove it afterwards?

The effect of cameraphones on UFO sightings 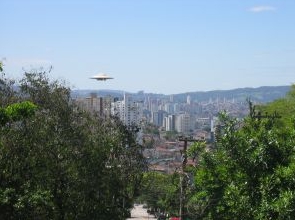 If you really saw a weird object in the sky just metres away, what would you do? Well, this isn't 1980, this is 2007, and the average person today (especially in the developed world) is far more likely to be able to not just record what they see, but show their pictures and videos to the entire world almost instantly. They can use their mobile phone to take pictures and upload them to the internet.

If we have entire populations carrying cameraphones with internet connections, this has several important implications for people who claim to see UFOs:

- The first implication is that people who really do see UFOs are far, far more likely to photograph or film the object and publish the images themselves. Something like 80% to 90% of phone models available in the rich world contain some sort of camera and internet connection, with sub-$100 cameraphones now appearing that should sell well in the developing world too. As time goes by the quality of those cameras has greatly improved, and will continue improving. Even cheap cameraphones can now come with a megapixel still camera, even mid-range models can now have a QVGA video camera (which is the same resolution as YouTube). If you have a high end smartphone such as the Nokia N93 you can now shoot videos in VGA quality at 30 frames per second, high enough quality to view on a full-size television (and indeed the N93 can be plugged straight into a television if you wish).

- The third implication is that government cover-ups, which are often blamed for destroying evidence of UFOs, become less and less plausible. If you take a picture on a modern cameraphone, you can immediately send that picture anywhere in the world through email, or upload it to an image-sharing website. You could claim you were outside network coverage, but as network coverage increases worldwide that becomes less and less convincing. There are now signals even in remote almost-uninhabited areas, for example there's phone coverage across most of arctic Lapland.

Catch Number 1: It's getting easier and easier to fake pictures convincingly in the digital age

Of course you could look at it another way, that modern technology means it's easier than ever to fake a picture or video. Jurassic Park is often cited as the first film to show that any kind of forgery is now possible with computer graphics if you have enough time, skill and resources. Home computers are becoming more powerful each day, and there are amateurs who manage to make spectacular special effects from the comfort of their own home using bluescreen and CGI to recreate spaceships and virtual film sets.

However, computer generated fakes would only work if a single person supposedly witnessed something. As soon as you have several witnesses all taking their own photos and videos from different angles, accurate post-production forgery becomes far more difficult. Inserting a computer generated flying saucer into a video clip is one thing, but to insert it into two or more video clips taken from different sources at different angles without creating a single anomalous frame is quite another. It's also much harder to convince several people to carry out a hoax without any of them blabbing or making a mistake at some point.

If many people claim to witness a UFO, and they all take photos and video of it simultaneously from different angles, and all of those photos and videos match up exactly, then it's hard to believe they're all forgeries. 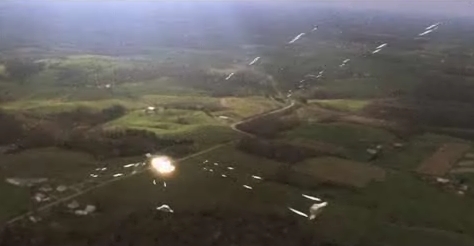 A scene from the amateur-made film Star Wreck, mixing CGI spacecraft and explosions with footage of the real world. 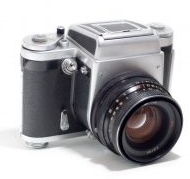 One big myth about multimedia technology is that its quality improves steadily over time. It doesn't. It might get cheaper, smaller, easier, more flexible and more reliable, but in terms of pure quality the progress of recording technology has been very uneven indeed. Vinyl records contain far more information than an MP3 file, and a conventional colour film camera records far more information than current cameraphones.

It's hard to compare film and digital directly as film doesn't use pixels, and if you look for exact answers on the internet you'll find arguments and debates, but a high quality still picture taken on 35mm film is by some estimates roughly equivalent to a 10 or 20 megapixel digital camera (and the film camera possibly has greater colour depth too). This is far beyond the abilities of any current mobile phone camera, although one has to remember that not all 35mm cameras are high quality, and not all of a film negative's information comes through to the paper when it is developed.

Moving pictures also do better on film. The original 1960s TV series Star Trek was shot on film, and it is now available in High Definition despite predating the HD format itself, as film records more than enough information for an HD picture. Later series of Star Trek were shot on standard video tape, and consequently will never be available in HD because the tape did not record enough information. Of course a UFO witness in the 1960s would be very unlikely to be carrying a huge studio quality film camera with them, but they might well have carried a smaller cine camera of the kind that Mr Zapruder famously used to film John F. Kennedy's assassination. As with still cameras, it's hard to find a firm comparison with digital camcorders, but many estimates seem to put cine film cameras in the multi-megapixel bracket, technically superior to the QVGA or VGA quality of current phone camcorders.

While modern witnesses of UFOs would find it far easier to take pictures, the pictures they take will probably contain far less information than they used to in the past.

However, over time cameraphones will catch up with film cameras, and overtake them too. 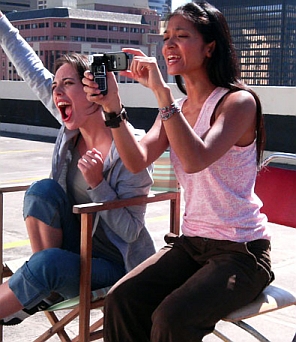 This writer doesn't believe we will see any increase in photos of alien spacecraft, because there aren't any alien spacecraft to photograph. We might see more stills and clips of atmospheric phenomena, weather balloons, perhaps even secret experimental aircraft, but no giant floating diamonds.

Instead, there will be even less convincing excuses for why there are no pictures or videos. The most common, that the witness didn't have a camera with them, will become extremely unbelievable. More and more "witnesses" will claim the photos were mysteriously wiped (though the rest of the phone's memory is untouched) or that the government confiscated their phone (though the witness could probably have transmitted the photos onto the internet as soon as they took them).

The main argument sceptics currently use against the existence of UFOs is the lack of physical evidence, but this is unsatisfactory as aeroplanes rarely leave any physical sign of their presence, yet they definitely exist.

In the future however, the sceptics will have a more convincing line of argument: the lack of UFO witnesses who take pictures and video, despite most people carrying cameraphones with them everywhere. 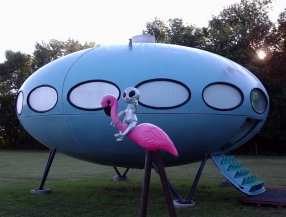 Filed: Home > Features > Do cameraphones mean the end of the UFO phenomenon?