Contrast and sharpening are overrated: purity should be the end goal...

I realise I'm the lone voice shouting in the wilderness here, but after multiple comments on multiple imaging features here on AAWP I wanted to respond - with a real world example - of why higher contrast and sharpening may look better on the phone screen but they're 'damaged' photos and greater purity (yes, yes, 'PureView') is where phone camera makers should be aiming their shots...

This photo, from my recent 'budget camera phone' test, is a good example of where my views on purity annoy some and mystify others(!):

Shot at dead of night, the usual test of light gathering ability on landscape scale, with bright streetlights here and there. Here's the overall scene: 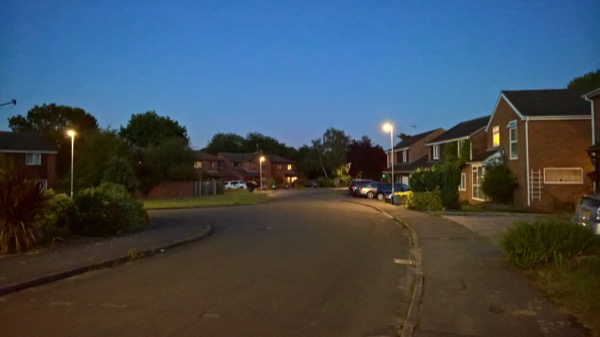 As usual, I went into central 1:1 crops for detailed analysis. I'll pluck out the two that were most appropriate here, from the Lumia 950 XL left, and the Samsung Galaxy S9 right: 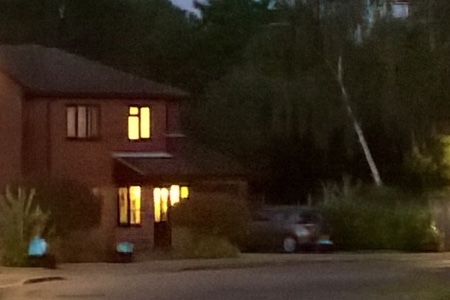 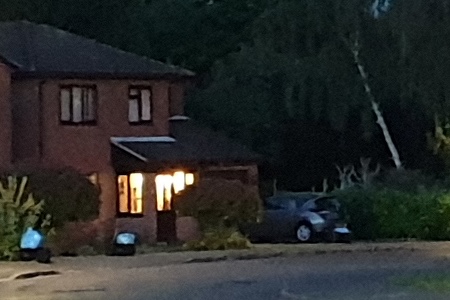 Now, get a few family members to glance at the two crops above and they'd say that the one on the right is 'clearest'. After all, the edges are sharper, look at the window frames, look at the small tree on the left of crop, look at the car wheel trims.

Bu they're 'wrong'. The cropped photo on the right, from the Samsung S9+, has had a healthy dose of 'enhancement' applied by the camera software. Once you know this, you can see where things don't look quite right - those window frames are too 'thick', the tree's branches look cartoony, the flashing over the porch glows a ghostly enhanced white, and so on.

My contention is that the left crop, from the Lumia, is 'purer' and more natural and close to reality. In fact, not only is it thus, by having minimal edge and contrast enhancement applied to it by the phone software, the image can be processed according to your specific wishes later on, rather than having the raw detail taken out by what the manufacturer thinks is best.

As an example, I can take the Lumia 950 crop and apply some sharpening in a basic photo editing application. See below I'll include a similarly-sized Samsung crop again for quick reference, using our Famed Interactive Comparator (FIC). The 1:1 crops are at 900x500 for comparison.

Just wait to make sure the page has fully loaded and then use your mouse or trackpad pointer to compare the images: 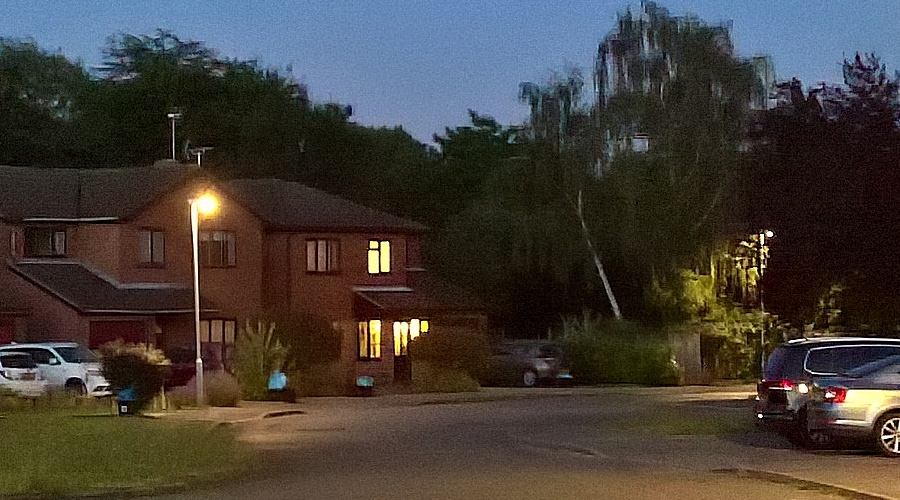 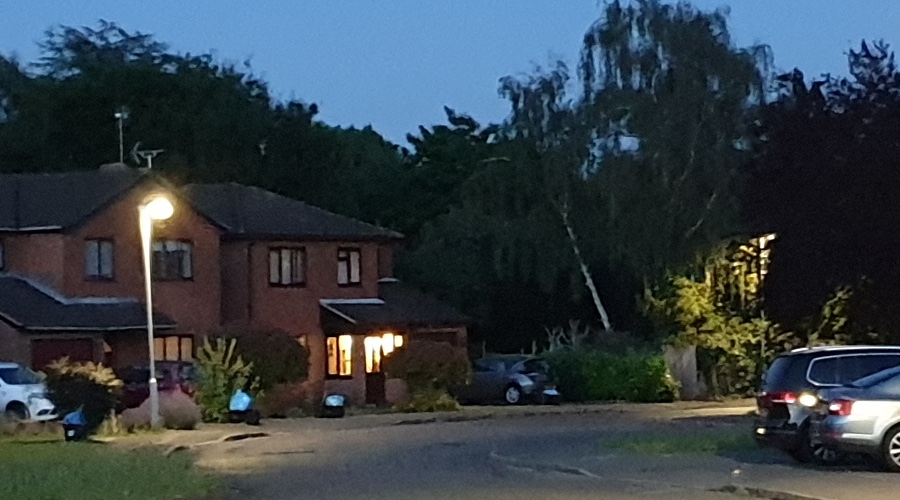 Yes, yes, it looks strange to AAWP readers to see a 'Lumia' photo looking so sharpened, I may have been having too much fun and got carried away, but the interactive comparator shows, I hope, just how much genuine information is there in the Lumia 950's original image, i.e. it could be sharpened here for dramatic superiority over the 'pre-sharpened' competition, whereas the latter's image had already been degraded in Samsung's rendering down to a JPG file.

Once a JPG has been written, along with whatever choices the manufacturer made for edge enhancement, noise reduction, and sharpening, then you're stuck with them. Obviously, you can't 'get back' to original unsharpened detail, every processing stage will degrade the photo, despite what tricks a manufacturer might pull out to trick your eye.

Note that I'm not hitting on the Samsung in particular. Every manufacturer has their own preferred set of algorithms to apply to each image before saving. Huawei is generally more heavy-handed, Google a bit less so. But none is as 'pure' as what Nokia and then Microsoft produced in the Lumia PureView champions of the past, the Nokia 808, the Lumia 1020 and then the 930/1520/950.

Of course, if you're a fan of ultra-pure images and doing your own processing later then note that almost every decent phone camera from the last few years (including the Lumias) can save images in RAW format, in addition to JPG. These are larger (byte-wise) and are essentially the raw (hence the name) Bayer-corrected colour output from the camera sensor, with no enhancement of any kind applied. I looked at RAW here earlier in the year, but it's fair to say that in the Lumia's case you'd find it hard to improve on what Juha Alakarhu and his imaging team came up with, i.e. go with what the Lumia Camera application spits out and you'll already be 'optimum'. The same can't be said for RAW images from the S9+, Huawei (and maybe even the Pixel), where for something truly special, perhaps a favourite landscape shot, it really is worth turning on the saving of RAW images and then having a damn good fiddle in Photoshop or a cheaper clone editing application on your desktop computer - much purer images can be obtained!

Comments welcome, how often do you feel it necessary to drop back to RAW with modern iPhones and Android handsets? In my experience, 95% of my shots are casual and there would be no benefit. But I think I've talked myself into 'going RAW' for the remaining 5%....!

PS. I'll be on Myriam Joire's podcast in August, discussing PureView and HDR+ and the Nokia 9, among other imaging topics. So watch for that.

Filed: Home > Features > Contrast and sharpening are overrated: purity should be the end goal...