The toughest subject of them all... Nature!

My camera (phone) comparisons over the last few years have been gradually stymied by manufacturers choosing to over-sharpen, to edge enhance, and to reduce noise. All in the name of producing 'wow' images for social media. Yet, living in the UK, greenery - so trees and grass - and nature generally form part of many test scenes. And it's nature itself, with all its incredible textures, that proves hardest of all to capture using modern camera phones. By way of some data points, I investigate!

The divergence between what I expect camera phones to capture and what they end up producing does seem to be increasing in time. Eight years ago, we had the Nokia N8 (the first Symbian^3-running phone) and perhaps the pinnacle of phone cameras of its age, producing ultra-natural 12MP photos. Its shots were, allowing for lighting levels, essentially indistinguishable from what you saw with your eyes. No enhancements, no sharpening, no dramatic exposures for special effect. What you saw was what you got and, looking at the photos on a computer monitor, it was like looking out of a window onto the real world.

The 2012 Nokia 808 PureView continued in much the same vein, with noise-less 'PureView' results, albeit at reduced absolute resolution, thanks to the underlying 40MP sensor. But, elsewhere in the phone world, the rot was starting to set in. By the time the sister device, the Lumia 1020, running Windows Phone 8, appeared in 2013, it was starting to be accepted that users wanted more from their photos. Subjects had to be more colourful, more saturated, clearer, with sharper edges.

And from there the likes of Samsung, Huawei and even (to a slightly lesser degree) Apple started cranking up the hyper-realistic aspects of images - everything exagerated, everything sharpened and edge enhanced so that it looked great on the phone screen and never mind whether the JPG was true to life or even useable later on, in terms of cropping it down.

The 2015 Lumia 950 and 950 XL straddled this gap, with image enhancement compared to the classic 'PureView' devices but with way less than the phone cameras of today, 2018. As I intend to show below with some suitable nature-based data points.

In this case, a corner of my garden, deliberately shot in overcast conditions so that sunlight contrast and shade didn't interfere with the comparison process. All the photos were taken from the same spot and, aside from the stated resolution notes, shot in full 'auto'.

Let's use our Famed Interactive Comparator (FIC). All 1:1 crops are at 900x500 for comparison, but see the links for full versions.

To set the deliberately overcast, deliberately greenery-heavy context, here is the garden corner as presented by the Lumia 950: 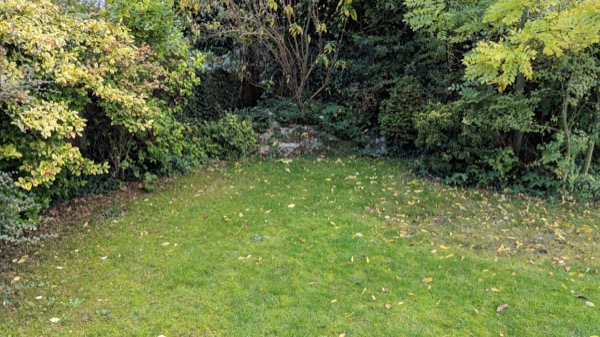 Pretty boring, eh? But also packed with natural detail in terms of leaves and grass. Even a few rocks, to add interest!

Going from the sublime to the ridiculous, here's the central part of the scene above, at 1:1 in terms of image pixels, shot on the Nokia 808 PureView (in its 8MP mode) and the Huawei Mate 20 Pro. just wait to make sure the page has fully loaded and then use your mouse or trackpad pointer to compare the images: 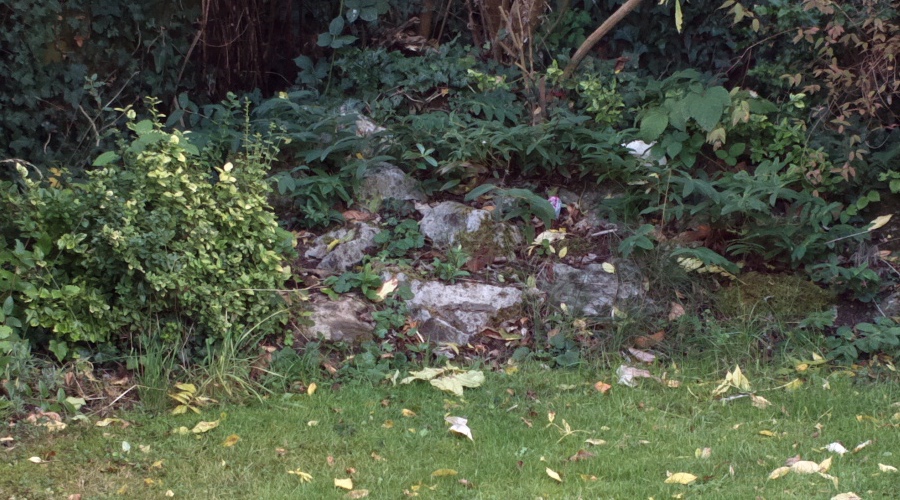 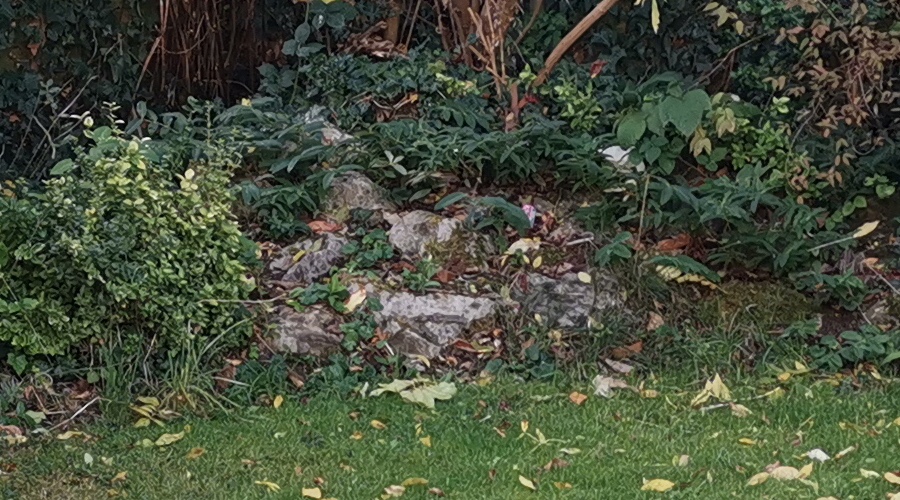 Now, and i can't emphasise this enough, both phones have a large 40MP (or so) main sensor, so this should be a level playing field. In fact, it should be skewed massively in the Mate 20 Pro's favour because its sensor is six years newer, an eternity in technology.

However, scan the comparator across the two crops above and see what you think. If you think the Mate 20 Pro photo is 'better' then maybe this feature isn't for you. I agree that the sharpness anc contrast help the Mate 20 pro image leap off the page, but look at the images more closely and you'll see that the 808's image is far more 'natural', in that you can see every blade of grass, with no edge enhancement at all. Again I'll liken it to the Nokia 808 PureView's photo looking as if you're seeing a scene through an open window, while the Mate 20 Pro's photo is akin to a photocopy of the 808 original.

Of course, you'll be wondering about other phones that are relevant - or which I happen to have lying around. After all, the two examples above are perhaps at the opposite ends of the spectrum. So here's the Lumia 950 XL camera, paired with the Pixel 3 Camera app/algorithms (actually hosted on a Pixel 2 XL here, but the results should be the same). I'm expecting both to be in the middle of the aforementioned spectrum: 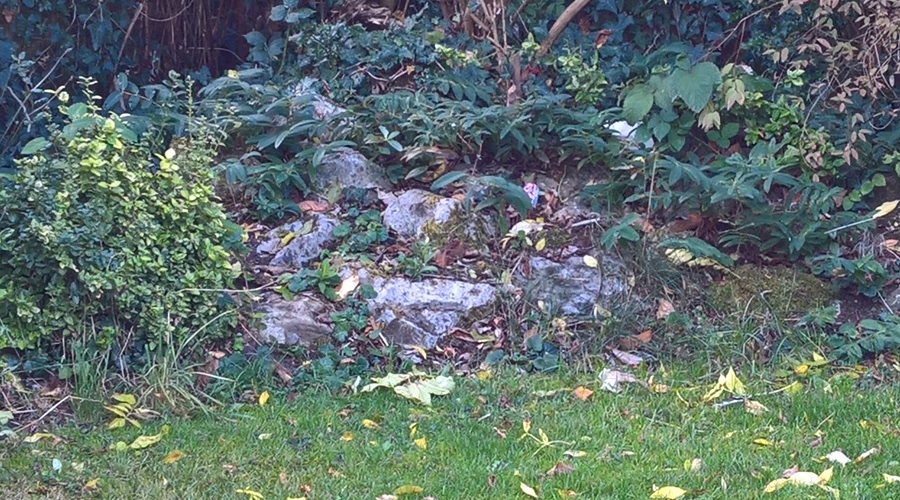 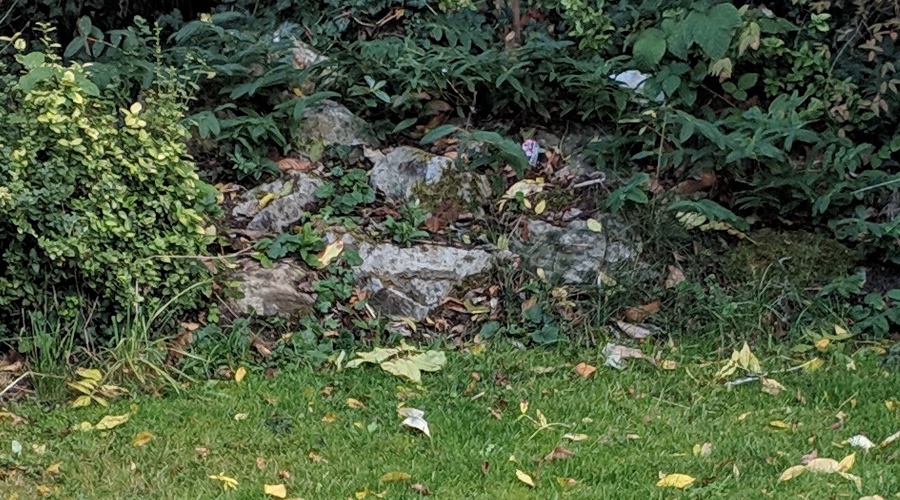 I'd say that on a scale of 100% natural (Nokia 808) to 0% natural (Mate 20 Pro), the Lumia 950 XL would sit at 50% (and spoilt by a little colour cast issue), with the Pixel 3 Camera at about 35%. What do you think? On this scale, I'd say that I'd be happy with anything above 30% in reality - I mean, the example here is very grass heavy and slightly skewed from the average camera phone subject.

As noted in my Lumia 950 XL vs Mate 20 Pro showdown here on AAWP and in my Phones Show Mate 20 Pro review, there IS a way to get the new 40MP-sensored Huawei to shoot natural photos. It's just fiddly and inefficient. You have to shoot in 'Pro' mode and also turn on the saving of RAW images (which take up to 80MB per photo, hence 'inefficient'). Note that you don't have to use the RAW files, you just have to turn on their creation, which triggers the Huawei software to not mess with the image data at all.

As proof, here are some more image pairs. First of all, the Huawei Mate 20 Pro's 'normal' crop against the exact same scene when RAW is toggled on in Settings: 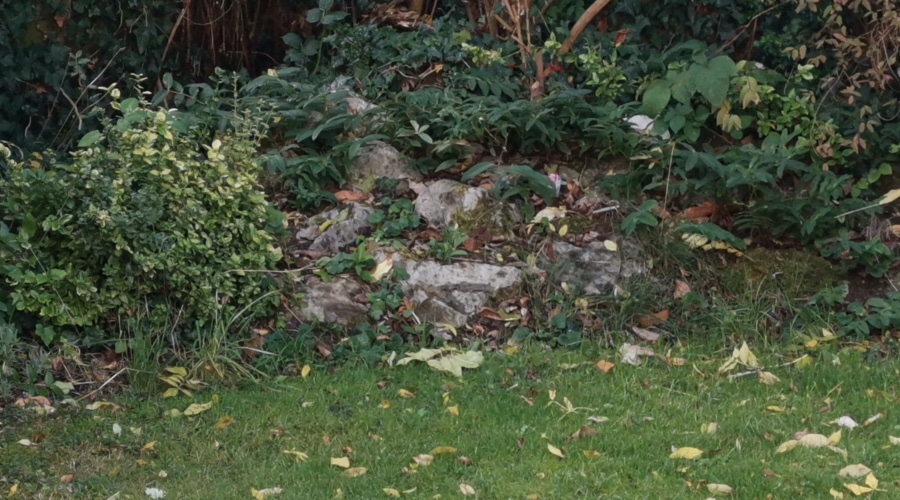 A dramatic difference, I think you'll agree (at least, if you've been keeping up with me in the pixel-peeping stakes!) The un-enhanced output from the Mate 20 Pro's 40MP sensor (so it's been pixel-binned/over-sampled down to 10MP by the phone, but no extra processing has been performed) looks almost perfect to me, in terms of a natural scene.

The acid test? Putting this naturalistic output from the 'RAW-ed up' Mate 20 Pro up against the original gold standard, the Nokia 808 PureView, with which it shares significant heritage:

These shots are practically identical - in fact, the Mate 20 Pro's output is better, more in focus across the frame, with six years of camera phone tech development under its hood, so it's perhaps not surprising.

Enough pixel-peeped shots of grass and leaves though - my conclusion, and hopefully yours too, is that modern camera phone hardware is capable of dramatically better, more detailed, more natural results - it's just that almost all users never see it because companies like Huawei love to 'enhance' photos for better display on the phone screen and damn the actual purity of the images. So they edge-enhance, they sharpen, they reduce noise, they boost colours, they deliver HDR whether you like it or not, and so on.

A lot of people will glance at such 'enhanced' results and think them superior, but you and I know better. It's easy to take a natural image and do things with it - including cropping it down - and the details will always be there. You can't take a typical 'enhanced' JPG and crop it down, as you'll just see ugliness and the real detail will already have been lost.

I do feel a little like I'm crying into the wilderness here - almost every other reviewer of (e.g.) the Mate 20 Pro has said how wonderful its imaging results are. But your own eyes will tell you above that, at least, at the moment, the default output is anything but wonderful. My suggestion for Huawei (and ex-PureView co-creator Eero Salmelin) is that merely shooting in Pro mode should disable all the image enhancement. You shouldn't have to throw away 80MB per image just to get the higher quality JPG!

For those on AAS, you can reflect smugly that the last great Symbian smartphone is still the gold standard for real image quality, over half a decade later. For those on AAWP, note that the Lumia/Windows Camera algorithms are far, far, less aggressive than those on many competing phones. And, rolling in the high quality OIS for keeping shots crisp, the use of a BSI sensor, plus the PDAF, it's not surprising that, across all lighting use cases and subjects, the Lumia 950/XL has been my overall imaging gold standard since 2015.

Next up in the world of phone imaging, and of interest to Nokia/Lumia owners looking for a modern device with as much attention to image quality, are the new Google Pixel 3 devices - and, as you'll have seen above, the Pixel 3 Camera application is similar in terms of image quality to the Lumia 950 XL. So I have high hopes that, especially with the use of stock, un-bastardised Android, the Pixel 3 or Pixel 3 XL might be a very valid choice for anyone appreciating a good camera phone for 2019 and beyond.

Filed: Home > Features > The toughest subject of them all... Nature!