Having received what we knew to be the last new Symbian-powered device in summer 2012, it was somewhat amusing to see the rest of the tech world making a big thing of Nokia actually saying this in its recent results announcement. Not only that, but expressing every opinion from 'Symbian finally dead and good riddance' to 'Symbian declared dead but here are all the devices we fell in love with over the last decade'. Symbian nostalgia in the tech press? All very well and good, but I contend that all of these sites and their writers are missing the bigger picture here. As it turns out, Symbian is emphatically not dead after all, and here's why. 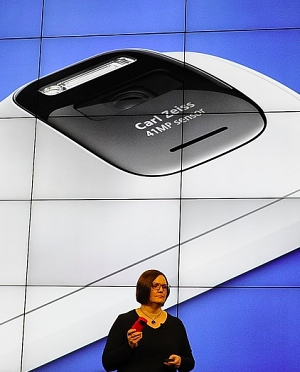 So, we had the Nokia 808 PureView arriving mid 2012, already declared as the ultimate Symbian device, the best camera phone in the world and indeed for some time to come), and so on. The main reason this Symbian-powered powerhouse saw the light of day was that the necessary high tech wasn't supported by the more limited Windows Phone OS that Nokia had switched to. So there's something to be thankful to Microsoft for.

Anyone following Nokia and the Symbian world knew that the 808 was the last Symbian-powered announcement though (Mobile World Congress, 2012), making all rather amusing to see the tech blogs making a big deal of something we've known to 99.9% certainty for close on a year. But I digress. The headline most sites presented was 'Symbian is dead' and it's this that is most misleading of all.

What these sites really mean is 'Sales of new Symbian devices will be almost zero' (because they're not being sold anymore by Nokia) - but then that doesn't have the same dramatic impact in headline form.

Symbian is an OS, not a device, for a start. People are still using Symbian day to day, and will be for some time.

How many people? Well, over half a billion Symbian-powered devices were sold in all, over a ten year period. In addition, Nokia devices are legendarily robust and long-lived, so it's entirely possible that at least half of these are still in use. But let's not kid ourselves, by the time many of these have been handed down the food chain - to partners, kids, relatives, and so on, quite a few of the older phones won't be in use as 'active smartphones' in the sense that we talk about smartphone OS here.

So let's take a very conservative estimate. Let's write off all the S60 3rd Edition devices (ignoring E71s still in use etc.) and, indeed, write off quite a few of the S60 5th Edition devices (so the Nokia 5800 etc). In fact, let's just count only sales of Symbian-powered devices since January 2011 - so a mix of the newer Symbian^3-generation (/Anna/Belle) smartphones and some of the most popular S60 5th Edition devices. This is a very conservative estimate but still works out at over a hundred million.

Now, ignore the higher numbers coming out of the iOS and Android worlds for a moment - yes, they're a huge success, but think about that hundred million number for a moment. Let's get this straight. A hundred million people around the world are still actively using Symbian-powered smartphones today, in January 2013. How on earth does this make Symbian OS dead?

Windows CE is dead. Web OS is dead. Palm OS is dead. Even my beloved 1990s Psion EPOC is dead (ignore its Symbian connection for a moment). There are plenty of 'dead' operating systems, with only a handful (a few million at most) of users across the world. In contrast, I fail to see how a hundred million users corresponds to a 'dead' OS.

Now, if other, more modern platforms were being implemented on hardware which completely matched that of Nokia's Symbian flagships, I suspect that I wouldn't be quite so indignant - but I can still find attributes on many of my Symbian-powered smartphones in 2013 which are still unmatched by anything powered by iOS or Android.

In short, it's entirely possible that I'll still be using Symbian, in the form of the Nokia 808 PureView for months, if not years to come. Assuming I'm not alone, and that at least a significant proportion of the hundred million have similar thoughts, then I fail to see, with active and enthusiastic users, how a platform or operating system can be classed as 'dead'.

It's not just users, either:

I'm not blind. Nokia's CEO steered the Finnish ship decisively away from the apparently 'burning platform' in February 2011 and sales and OS development have been in decline from that moment on. And yes, in terms of marketshare for sales of new devices, you won't be seeing Symbian named on its own anymore - it'll be in with 'Others'. 'Sales' will indeed effectively be 'dead'.

But that's completely and utterly different to the operating system, ecosystem or userbase being dead - there's life left in this venerable OS, trust me.