Cloud storage is becoming ever more popular. Thanks to the rise of Dropbox, both Google and Microsoft felt the time was right to launch their own solutions, which also include tools to edit files as well as just storing them. While cloud storage gives us the ability to access our files anywhere, and instantly share them with anyone in the world, it comes at a cost - and not just a financial cost.

Obviously, the issue of SkyDrive terms of service is of interest to Windows Phone 7 users, but even Symbian users should be concerned. Nokia and Microsoft are releasing more applications that work with the cloud storage service, in the hope of encouraging customers to migrate over. While the terms of service are similar to what you'll find for Dropbox and Google Drive, there are signs that Microsoft is implementing those terms in a much more proactive way.

Several stories have recently appeared on the Web about the details of Microsoft's terms of service for SkyDrive, and how it is proactively implementing those terms. Corporate terms of service are infamously overlooked by most users, which is understandable, as most people just don't have time to read these overly long and complex legal documents. However, if you are entrusting confidential data with any company, it is worth taking the time to know what you're dealing with.

You will not upload, post, transmit, transfer, distribute or facilitate distribution of any content (including text, images, sound, video, data, information or software) or otherwise use the service in a way that: 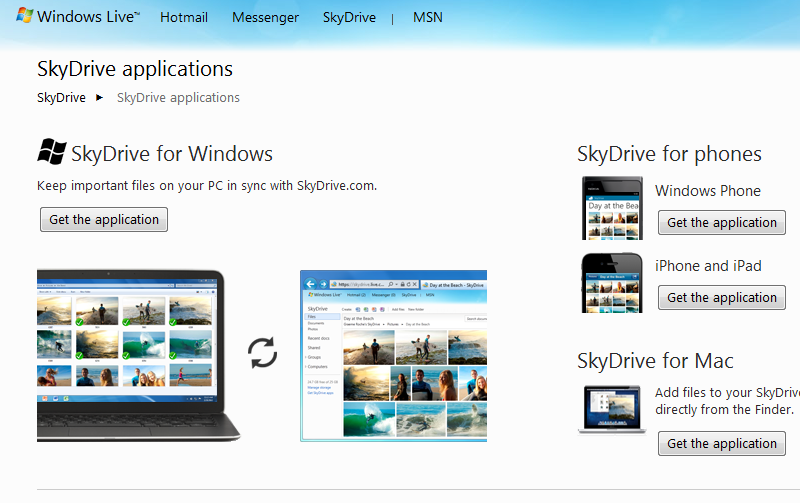 With SkyDrive, Microsoft is making itself liable to the laws of all the countries in which the service is available. For example, while pornography is legal in the USA, there are many countries in which it is not legal. That's reasonable, but how does Microsoft know what you are storing in your account without reading your files?

As an example of someone who unwittingly fell foul of these terms, take the story of user "WingsOfFury". According to Myce.com:

"After some investigation he found out that his account was blocked, preventing him from e-mailing from his phone, access to his files on his SkyDrive account, downloading applications in the market and he also couldn’t login to his Xbox Live account, which also renders his achievements useless.

After contact with Microsoft support he found out that his account was blocked because there was a 9 Gigabyte folder on his SkyDrive that contained content which was not allowed by the code of conduct of Microsoft SkyDrive. Interestingly the folder was a private folder, not shared to anyone else. The same data was also on a private folder on Dropbox, from which the user never received a complaint."

While Microsoft was within its rights to do this, one must ask whether it had probable cause to check the folder or was it just running an algorithm to check all of our files? If the latter, then the stage is set for a spate of false positive results. Since the terms of service prohibit the storage of nude photographs, are we to assume that medical photographs and snaps of our new born babies are to be prohibited too?

In principle, any time your files are uploaded to a cloud storage company, you are compromising your security and privacy. Unless otherwise stated, you must assume that your files are accessible by employees of the company, no matter what encryption is being used. However, whatever the legal stipulations, the reasonable position is that companies cannot be seen to be voluntarily enforcing such content terms as it would create a chilling effect on usage. That is – if they can detect (what they regard as) objectionable content, what else are they recording about your private files? 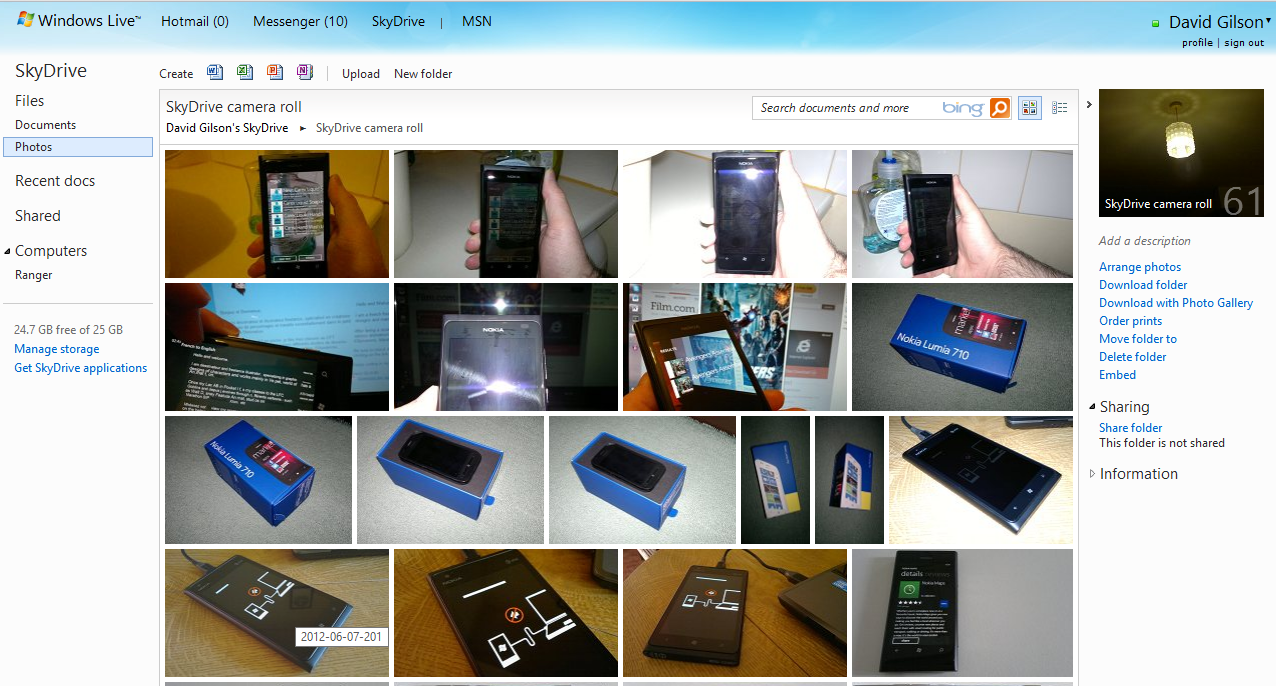 In short, the common expectation should be that a file hosting service will not check for compliance with its terms of service, within unshared files, unless compelled to do so by law enforcement – which is something we can all live with. Of course, I understand that Microsoft want to help in the fight against child pornography, and indeed that's the claim they have made. However, this cause has been sadly belittled by organisations who seek to use it as an excuse to enact lazy and draconian security measures, and so wins Microsoft little sympathy because the true "bad guys" will be using much more secure methods to exchange illegal material than the rest of us, who just want to store our office files and photos of friends and loved ones in the cloud.

Microsoft is not alone, other cloud storage companies have similar terms, and all are vulnerable to rogue employees. For instance, Dropbox made it into the news when the company was forced to admit that it could and would decrypt users' files when asked to do so by law enforcement. After complaints, the company updated its terms of service to make this clearer to its users, and as far as I know never automatically checks the content of users' files. In comparison, if the contents of 'WingsOfFury's private folder were found by an automated system rather than by a law enforcement request, that goes beyond what is stated in Dropbox's terms of service.

The only alternative is to use third party encryption (e.g. TrueCrypt) before files are uploaded to SkyDrive, but then this defeats the object of being able to access files on multiple devices. Thus, without more relaxed terms, we are in a no-win situation.

Filed: Home > Features > Do you know SkyDrive's terms of service?