The Smartphone's Place in the Mobile Spectrum

You'll remember that I've been evolving a number of theories on the subject of just what makes a 'smartphone' smart? I postulated that Nokia's definition (and mine) of a 'smartphone' differed rather wildly from that of the popular tech media, who are really talking about what we're now starting to term 'superphones'. In the feature below, I present more analysis of the mobile device world, showing that there are in fact four specific 'bands' of form and functionality - bands that will always exist - one size really can't fit all. 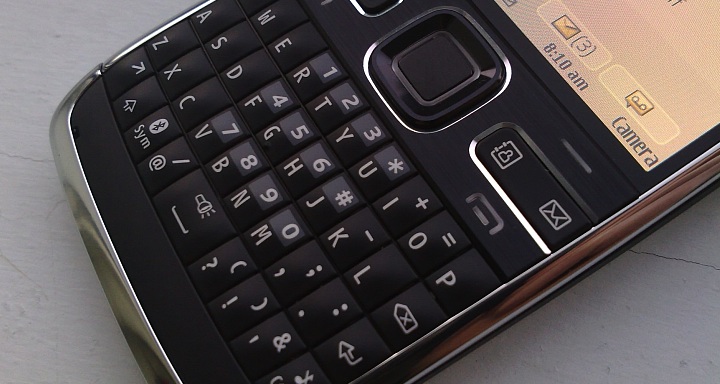 Of course, at the top end of the smartphone 'world', functionality and form are definitely converging. Just look at how many capacitive-screened tablets we've now got from all platforms and manufacturers.

But then I talk to 'real people' (i.e. not geeks) and there's precisely zero desire for any of these devices. Even those that want an iPhone are usually after it because it's... well..... made by Apple and is an aspirational thing.

With experience across all walks of the mobile world, I've got a fair amount of experience and can hopefully take an objective overview. Certainly my previous epic missive received lots of positive comment. With that in mind, I'd like to widen the overview to include everything from the humblest £10 phone right up to the most expensive 'tablet' (e.g. the iPad, Galaxy Tab).

There seem to be four completely different markets, aimed at different users, budgets and use cases:

The 'softest' boundary between these different categories of mobile device is that between 'smartphones' and 'superphones'', of course - hence my series of articles. Will all smartphones one day be 'superphones'? Maybe. But I'll contend (again) that there's a separate use case and set of compromises to be made for the traditional smartphone (e.g. powered by the likes of Symbian) and the new breed of superphone (exemplified by the likes of the HTC HD7 and Desire HD in the UK).

Which is, partly, what I wanted to demonstrate here, as visually as possible. Consider the chart below, looking at the usability of the four device types across the uses cases for all four categories. Don't panic, I'll explain more below... 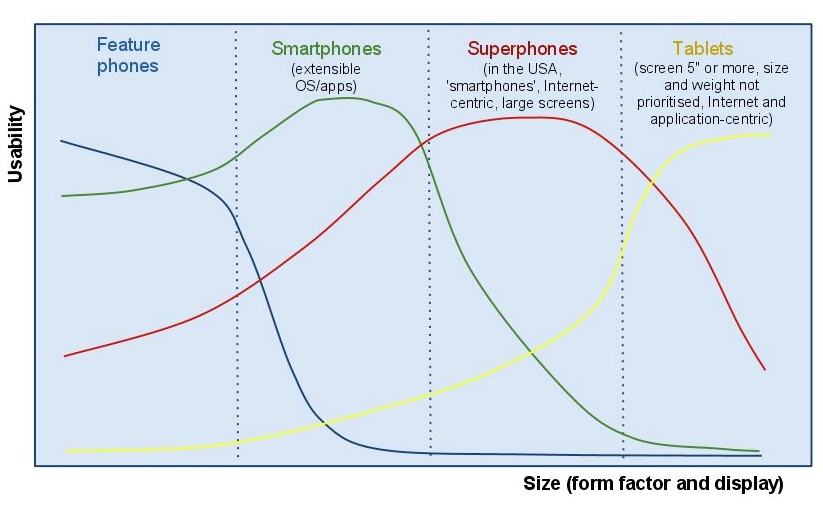 To explain the chart a little more, consider the (blue) feature phone line. Take an average device from this category, say a Sony Ericsson W595, and it'll be great for all the usual feature phone activities: texts, music, contacts, basic games, and so on. But try to achieve any of the basics of the smartphone world, such as email or social networking or decent photo and video capture, and it'll quickly show its limitations - so the blue curve heads south as it leaves its comfort zone.

Now look at the green curve, the one we're perhaps most interested in. Symbian has become synonymous with smartphones (at least, outside the USA) and so the green line can be thought of as representing the interests of the mobile devices that you and I probably have in our pockets today. A smartphone can cope with most of the tasks a feature phone is asked to do, with only a small usability tradeoff (e.g. users getting confused by the sheer number of apps and icons), while it struggles more as the size and intent get to superphone territory.

And it's this struggling that the tech press, in particular, pick up on. Having adjusted expectations to the point where a 'smartphone' is supposed to be a mini-desktop web browser in your pocket, hooking into all the latest must-have Web 2.0 social services, the fact that even the latest Symbian-powered phones struggle is seen, understandably, as a failure. But, while Symbian smartphones could always do better in this regard, the argument rather misses the point that Nokia smartphones do what Nokia smartphones have always been good at - in terms of device convergence, robustness, signal quality, media capture, battery life, and so on. 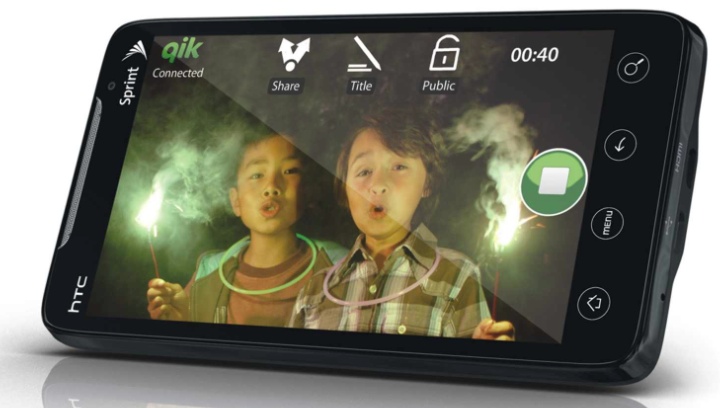 So we get to the red curve above, for so-called 'superphones', typified by the EVO 4G and Droid X in the USA and the HTC Desire HD and Galaxy S over here in the UK. A superphone makes a rubbish phone for normobs. They'll only use 10% of the functions and wonder why the battery runs out so quickly. The superphone also doesn't make a great smartphone - the priority given to processor and display usually means that other aspects like battery life, camera and speaker quality, and robustness, all have to take second place.

Finally, at the top end of the chart, the superphones can be used as mini-tablets, but they pale besides the full sized versions - the yellow curve looks at tablets like the strictly two-handed landscape devices like the Apple iPad and Samsung Galaxy Tab. These are just about usable as superphones, despite the fact that you can't put them in a pocket, but shine when used as portable Internet devices and as an application 'engine'.

The key point to take away from all this is that devices in each of the four categories shine in their own area but fall away when you try and use them for something they weren't designed for. We've said many times on All About Symbian that designing a mobile device is all about compromises. Style versus battery life, camera quality versus build cost, that sort of thing. So we shouldn't be surprised to see different devices, each with different sets of compromises, excelling in different areas.

Having established the four categories, and to perhaps reinforce where Symbian-powered devices currently fit in, it's also instructive to plot some of the factors mentioned above: battery life, robustness and cost, all of which are very important indeed to real world users, away from the Silicon Valley/London tech elite: 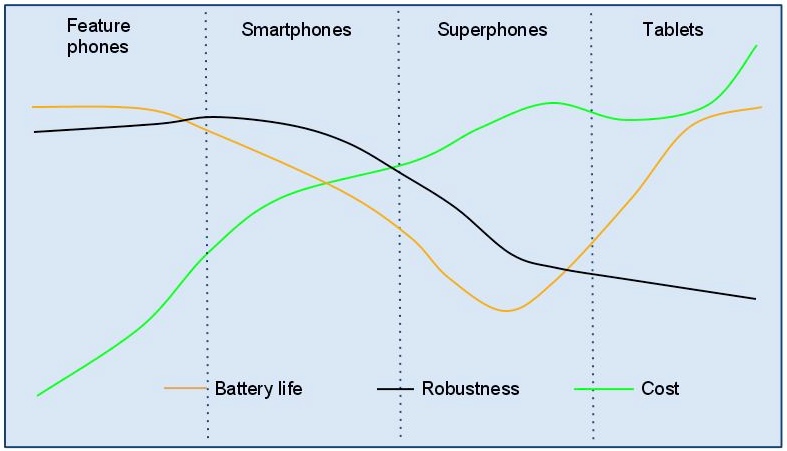 It goes without saying that the green 'cost' curve is reversed from the sense of the other curves on this page - i.e. greater/higher cost is worse for the user. There's a pretty linear relationship with cost as you traverse the four categories - we've noted several times in the past that price IS important once you get away from the 'live or die by their phone choice' geeks [and yes, I'm probably one of them!] So, for example, the tech and 'user experience' differences between a Nokia X6 at £230 and an iPhone 4 at £500 won't matter to many buyers as much as that huge price differential.

Of course, many people buy with contracts and sign up to 18 month or even 24 months with a phone, in which case the prices I talk about get somewhat muddied, since these tariffs and contracts vary wildly, but as Rafe often mentions, price is still a big factor, especially at the lower ends of the market (/left hand side of the chart) - for example, the big difference between £15 a month (X6) and £35 a month (iPhone 4, both on current UK prices).

Battery life is also interesting, many 'normobs' simply do not remember to charge their phones each night and, when confronted by a smartphone, are outraged that that their battery is showing as 'low' mid morning on day two. Faced with a 'superphone', they cannot get their head round a 'phone' which may not even last them through a single day. And so will retreat back to feature phone territory - I charge my daughter's Samsung 'school' feature phone about once a week - if I remember at all - and there's always juice there for when she needs it.

Robustness is also a biggie - you'll have seen the recent adverts on TV for the Motorola DEFY, said to be 'life-proof'. Not all phones are quite so well ruggedised, but I've seen first hand what most Nokia smartphones go through at their test centre in Farnborough. Many are built with significantly higher robustness than the cheaper but less complex feature phones. 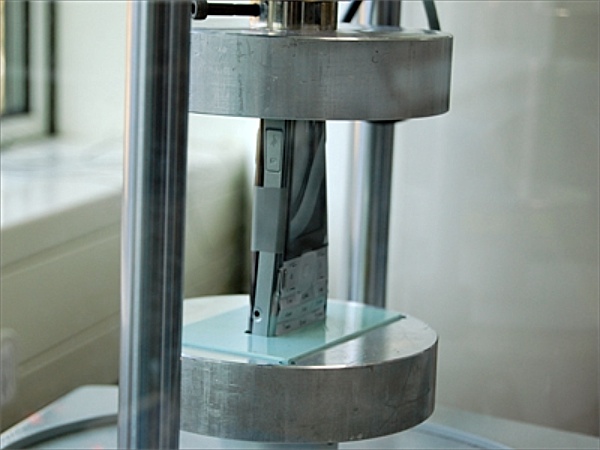 A Nokia N79 undergoing the horrendous 'twist' test. Amazingly, it's got to still work after a number of repetitions of this!

Take all three of these factors together: price, battery life and robustness, and you can see that 'smartphones' have a big edge over those in the 'superphone' class. And that's before you factor in some of Nokia's traditional strengths, like the high end cameras, speakers and good real time sat-nav.

Of course I'm not suggesting that, say, a Nokia C7 is therefore superior to, say, a HTC Desire HD. I'm simply pointing out that the two belong to totally different device categories and are therefore complementary in many ways.

Horses for courses, as the old saying goes. Comments welcome if you feel you've backed the right - or wrong - horse...

Steve Litchfield, All About Symbian, 23 November 2010

Filed: Home > Features > The Smartphone's Place in the Mobile Spectrum