With the first Symbian^3 device now imminent - the Nokia N8 - and with other Symbian^3 phones about to be announced, it's worth taking a look at what's new. Is it a case of a tarted up S60 5th Edition rehash, or is there in fact plenty that's worthy of serious note? Will Symbian^3 convince the tech doubters? Starting with a genuine user 'first impressions' that had been sent in, I attempt a rebuttal and an exploration of the underlying changelog.

Although the Nokia N8 has yet to appear in retail officially, it seems that some shops do have them in, for demo at least. Listener 'Arron' sent this into The Phones Show Chat a couple of days ago:

"An unusually sheepish Nokia employee offered us a live N8 to play with after inspecting the dummy models at the front of the store. My abiding impression was that this was not a phone I would be proud to reveal in any social situation; the Symbian^3 UI is terribly dated and unsightly, looking entirely unchanged from S60 5th Edition to the untrained eye. The body is ugly and retrograde with some bizarre design choices (the combined 'send/end' key is uncomfortably positioned). Despite the largish capacitive screen, I found texting to be slow even with the half-hearted implementation of spell-correction.

No doubt the camera and speaker are outstanding, as is Nokia's custom, but if I wanted a 12mp camera I'd buy a stand-alone device (with optical zoom) for a fraction of the N8's price and still have money left over to buy a HTC Desire or HD2. The N8 feels like the hardware analogue of Ovi Suite: overpowered, unfashionable and overhyped. The halcyon days of the N95 (and Nokia PC Suite) are becoming a distant memory and the Nokia smartphone brand has been terminally contaminated with the dreadful hardware and software designs of the past few years. I very much wanted to like this phone and see Nokia become competetive again in the high-end segment, but if they were 'betting the company' on this handset then they will be following Atari and Sega into the dustbin of hardware history. "

Which was strong stuff, even for the usual Nokia and Symbian sceptics. Before diving into Symbian^3, I'd like to rebut (and agree with) a few of Arron's points. 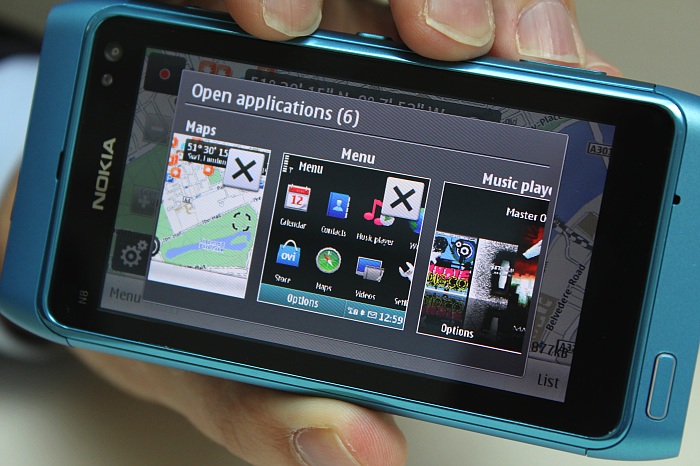 And so to Symbian^3 itself. Here's what's new in the OS:

So quite a long and significant list. It's worth noting, of course, that Symbian is Symbian and Nokia is 'just' a partner. Nokia will have made significant additions and improvements at the application level, over and above what Symbian itself has put into its open OS. But all of the above can be considered the baseline improvements that will be in every Symbian^3 (and upwards) powered smartphone, whether from Nokia, Sony Ericsson, Samsung, etc.

Are you looking forward to Symbian^3? Or do you, as Arron wrote above, see it as "dated, unsightly and unchanged"? Comments welcome!