Better (and hopefully stereo) speakers on smartphones in something that I've been personally campaigning for over the last decade. And one by one manufacturers have been upping their game, thankfully. And I was very interested to see that GSMArena has started introducing speaker fidelity tests to their comparisons, see the intro article quotes below. There's also an interactive multi-song, multi-phone comparison facility online.

...we've been working hard behind the scenes to deliver a new smartphone speaker audio quality test that would be more useful for those looking for their next smartphone. We'll take this opportunity to detail the changes we made and our motivation behind them.

The two tests were designed in 2007, which was ages ago in smartphone terms. Back then, the goal of the loudspeaker test was to gauge how loud your phone will ring when you get a call or how well the phone is geared towards use in speakerphone mode. That's why we simply measured the peak loudness of the phone’s speakers while playing three different audio samples (a classic phone ringing, some pink noise, and then human speech). It was great if you wanted to know how loud this particular phone was, but it didn't give you any indication of how well it sounded.

However, with the advance of smartphones, the usage leans more and more towards multimedia consumption - people gaming, listening to music, and watching movies on their phones' speakers, so we decided that measuring the sound quality was equally important too. Also, our new test shows average loudness instead of peak loudness, making them more indicative of the experience you will get with multimedia rather than when your phone's merely ringing.

Here's a screen-grab of me comparing three phone in the current database: 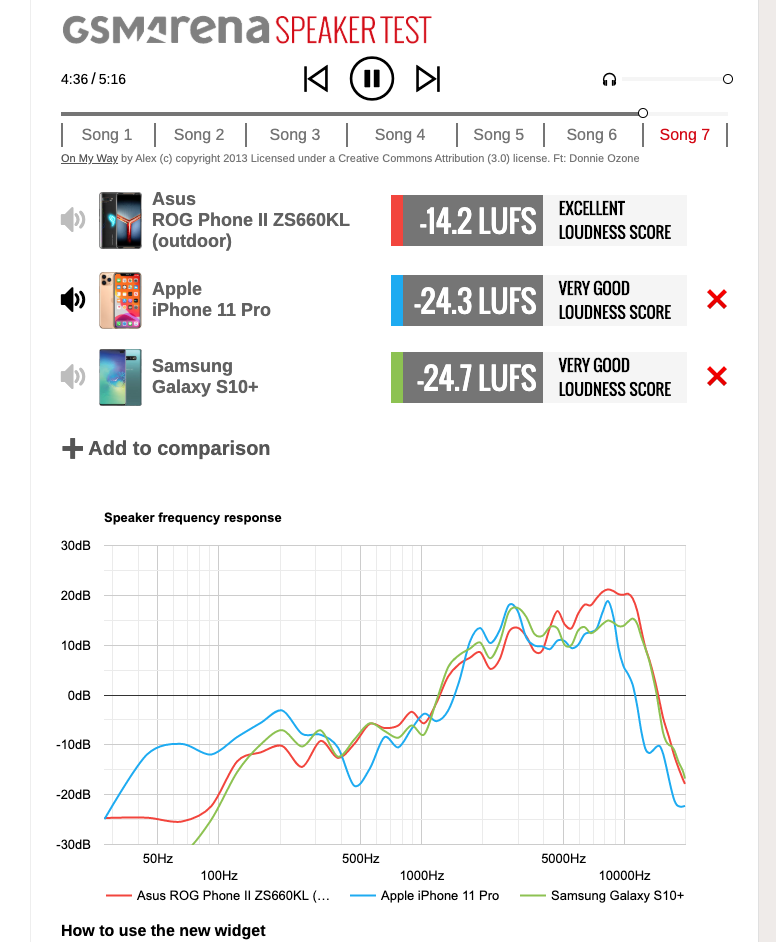 With an AAWP 'hat' on, the only Windows phone with speakers of any note was the Alcatel IDOL 4 Pro, most Lumias had mono speakers of relatively low volume and quality compared to what's available today. I still have my IDOL 4 Pro, and you may remember that I did my own speaker test in video form in early 2018, now very out of date, so perhaps it's time to revisit the subject myself?