According to the official blog, Microsoft has 'begun the global transition of Nokia-branded stores and Care centers around the world'. With examples already in India and Brazil, previous Nokia retail stores will be called 'Microsoft Authorized Resellers' and will showcase a range of Microsoft 'experiences' and products including Lumia, Surface, Xbox and various accessories and services such as Office 365, in those markets that sell them. The article also mentions that all previous Nokia warranties will be honoured (albeit through a contractor).

Frem the feature over at Conversations: 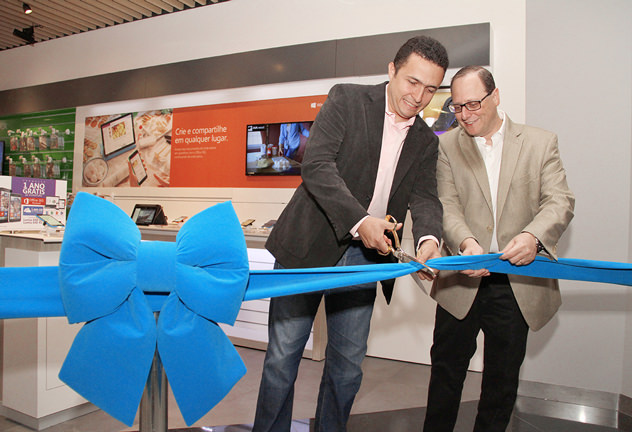 The majority of Nokia-branded stores and Care centers around the world will soon reflect the company’s brand promise and feature new branded signage to fresh visual merchandising displays and fixtures. These stores will be part of the Microsoft ecosystem and provide an aesthetic that aligns with our core brand values and encourages engagement and interaction with our products. In addition to India and Brazil, other countries include France, Germany, Italy, Malaysia, Russia, Thailand, and Vietnam.

The move is not just a transition, but a bigger step for the Microsoft brand to grow its retail footprint. For many customers, particularly those in emerging markets, the rebranded stores will be their first experience of Microsoft as a consumer hardware manufacturer.

“Lumia users will see superb tighter integration and things working in a seamless way. These stores will showcase the great experiences we have between hardware, software and services,” said Chris Weber, corporate vice president for mobile device sales at Microsoft.

“Buyers will see the experience of Skype and multiple hardware across the Windows ecosystem whether it is on phones, PC, tablets or Xbox bringing the whole experience to life and offering them a compelling value proposition.”

A set of key stores will get a complete makeover and will feature a new design as well as new furniture and signage to showcase Lumia smartphones, tablets and services. The stores’ warm and friendly color scheme and unique fixtures give a distinct look while ensuring an improved shopper experience.

Importantly, Microsoft has stated that it will continue to honour existing Nokia device warranties (whatever the OS) and will provide 'world-class customer service'. All existing Nokia and Lumia devices will 'continue to be serviced through Care centers'. Presumably if you head into a shop then they'll interface with the 'Care centers'?

Over the coming months, many retail outlets will be refreshed around the world. In the UK, the Nokia shops we did have are long since closed, but in many other markets the name 'Nokia' on the High Street (or equivalent) is still familiar.

You can find the nearest Microsoft Authorized Reseller near you here. Of course, older devices (especially running Series 40 or Symbian) may not be repairable due to lack of spare parts and/or lack of in-house expertise, but it's worth a try. Note that the troubleshooting and repair is all handled by a contractor, the huge Anovo, rather than Microsoft in-house staff or engineers.

Anyone know of such a Microsoft Authorized Reseller in the UK?