The HERE Maps team, previously spun out of Nokia before Microsoft's acquisition of Nokia's Devices division, has been busy shoring up its online data servers with updated transit information across the world. This is all server-side, so there's nothing for any user to do, on Symbian, Windows Phone or, indeed, on Android or iOS, since (Nokia) HERE's applications are now cross-platform.

This being cross-posted to AAS, and despite not being mentioned in the HERE article, note that the server-side nature of the updates mean that the Nokia Public Transport application built into Symbian smartphones also benefits from the new data.

HERE has transit info for more than 950 urban areas around the world and the Transit Team is constantly updating and extending this coverage. Conveniently, this is done behind the scenes so there’s no need to update your Android, iOS or Windows Phone apps to see the results. It just works.

In the last few months, we have updated coverage in nine different countries.... if you have a particular request for transit info, just get in touch with us either in the comments section below or via Twitter, @HERE.

North America has traditionally been tricky due to its diversity and the fact that every authority formats its route and timetable records in its own way. Despite this, we are continuing to make progress. Our latest North American update includes transit directions for Fredericton, capital of Canadian province New Brunswick as well as 19 cities in the US including Orlando, Detroit and Raleigh...

Updates in other parts of the world

Besides full coverage of Flanders, we now have complete bus information for Belgium. We also have updates in France – including Rennes and Marseille. In Spain, we added Granada, Huesca and Ávila to our list.

In India, we now have transit coverage in Mangalore, Nagpur, Rajkot and Jaipur. We have expanded transit information in Brazil, too, with the addition of Goiania and Italians can now get around more easily in Trento, Brescia, Mantua and Verona.

Unlike the situation with roads, where they largely stay in place from year to year, transit data is constantly changing since it relies on commercial companies offering real time transport services and is subject to the vagaries of business, supply and demand, and so on. The HERE team notes "Clearly, though, the task is a long if not infinite one, that not only involves striking deals with the 1000s of existing transit operators across the globe but dealing with new ones popping up all the time". 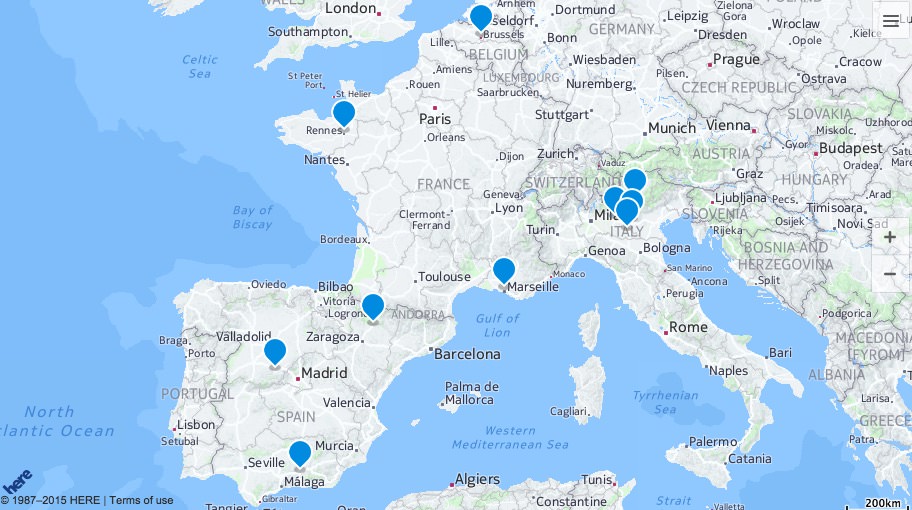