Emergency chargers are pretty ubiquitous these days, but thankfully some are better made than others. In this case the PowerMini 3000 is not only unusually shaped and sized, but also beautifully finished in textured metal. Oh, and did I mention that it tickles the sweet spot that always gets me gushing about gadgets? It has a torch built-in too! At only £11 (including shipping) in the UK, this is an absolute steal.

Having reviewed a fair number of these gadgets over the years, I know what to look for. Creaky plastic, lack of CE and other test accreditations, charging circuits which don't pump out the right voltage or current for all test devices, that sort of thing... Happily, the IntoCircuit accessory here flies through my inspections with flying colours, and then adds extra value on top to make damn sure that this stays in my pockets and gadget bag. 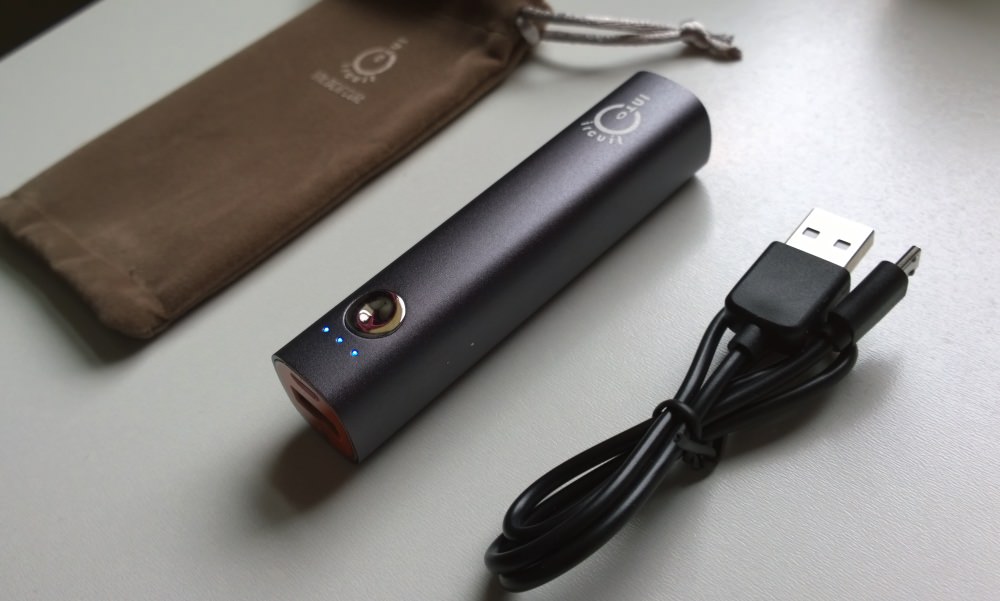 The PowerMini 3000 is built in really sturdy metal, with rounded edges to make sure it doesn't snag anything in your pocket. To give you an idea of scale, it's around 97mm long and about 2cm across. 'Lipstick-sized'? maybe! It's certainly very portable. It comes with a fairly no-frills carrying bag, though I imagine most users will just pop the PowerMini itself straight in their pocket - there's no real need for a bag unless you're determined to carry around the supplied microUSB to USB cable too. Personally, I find that I always have something to hand which accomplishes this, not least the ChargeKey on my keyring. 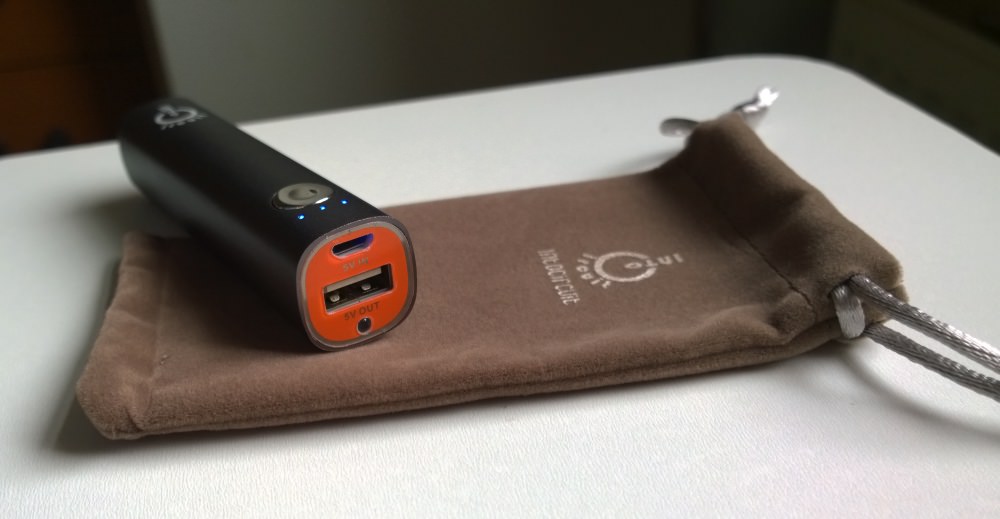 There's only one control button, but it has two purposes. One press shows the state of charge (with three LEDs) or starts charging if something's hooked up via the USB output, while two presses toggles on the built-in flashlight: 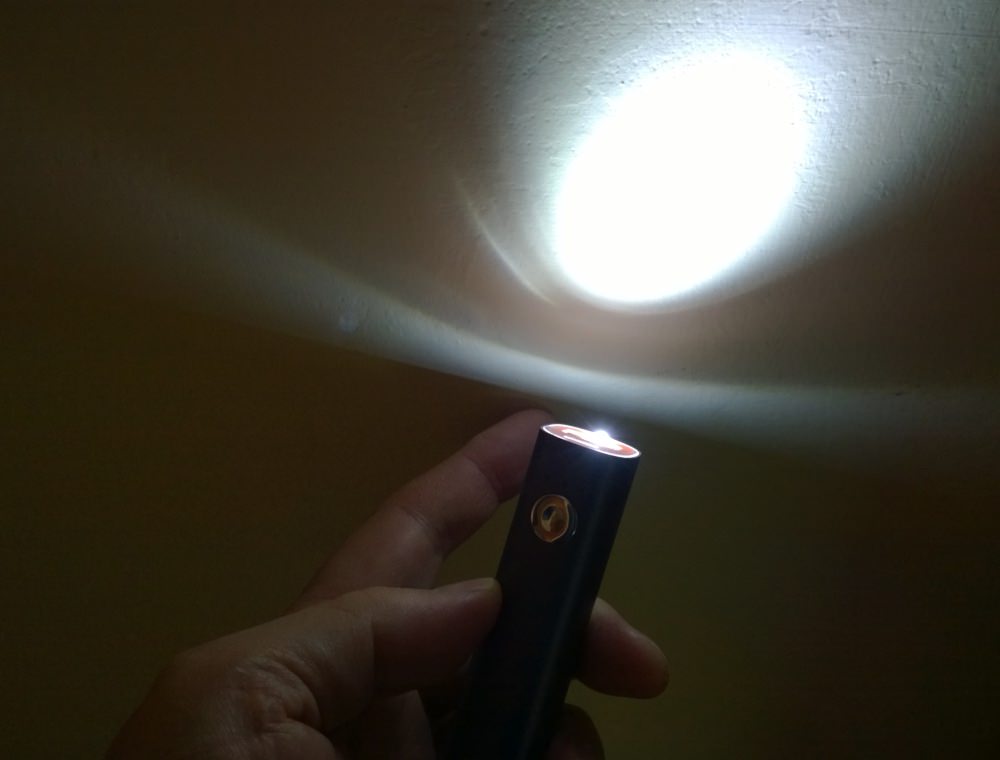 It's about the same brightness as the LED in your phone camera flash, but when you're stuck somewhere at night, the more torches the better. Maybe I'm just Mr. Cautious, but I do like to be prepared (I should have been a scout!)

In terms of charging performance, the 3000mAh capacity works out to not much more than 2000mAh of successfully transferred charge, once you've factored in transfer inefficiency, but this is the same for all portable chargers (and often not stated, sadly). For most smartphones, this still equates to almost a full charge from empty, or, more likely, a number of partial charges in emergency 'get me home' situations.

I tested the PowerMini 3000 with a number of Symbian, Android and Windows Phones and all started charging immediately, with no unexpected warnings (phew!)

This is going to sound awfully gushing for a humble emergency charger, but metal build, nice design, up to 3000mAh of capacity, full certification and a useful torch, all for £11 (in the UK, on Amazon, at least) is an outright bargain. 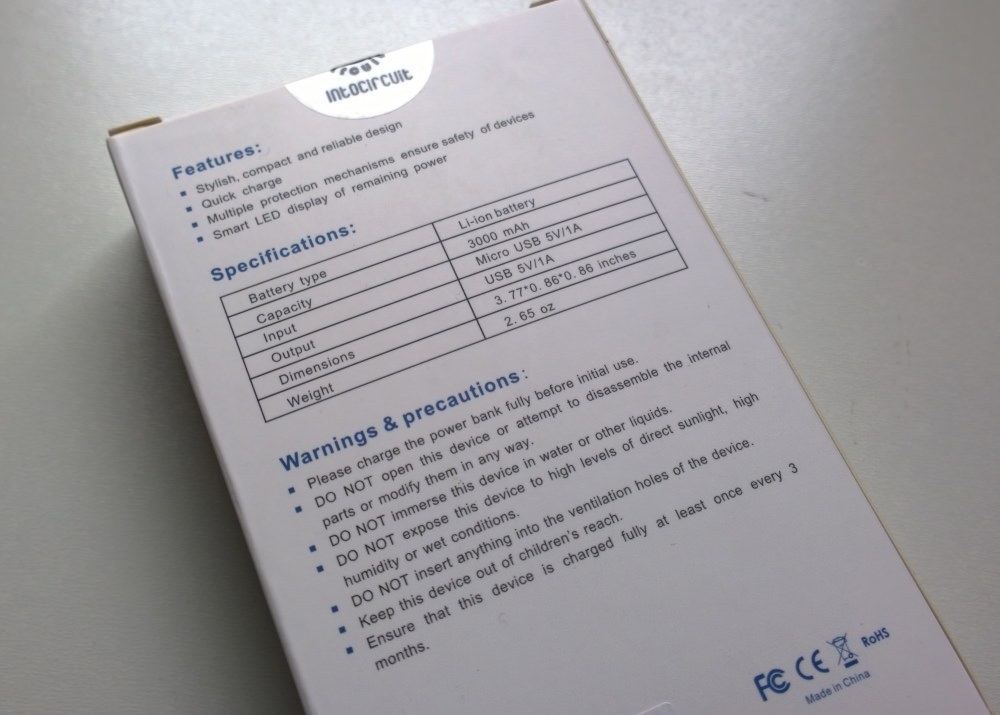