Emergency chargers have been getting both bigger and smaller in recent years, to cover every possible use case - but the bKey pushes the envelope again, with a tiny capacity in a tiny body - so small that it can fit on your keyring, in fact. OK, it's a fair cop, bKey is still a Kickstarter project, but it's already met its funding goal, so it's a safe bet for the end of the year. 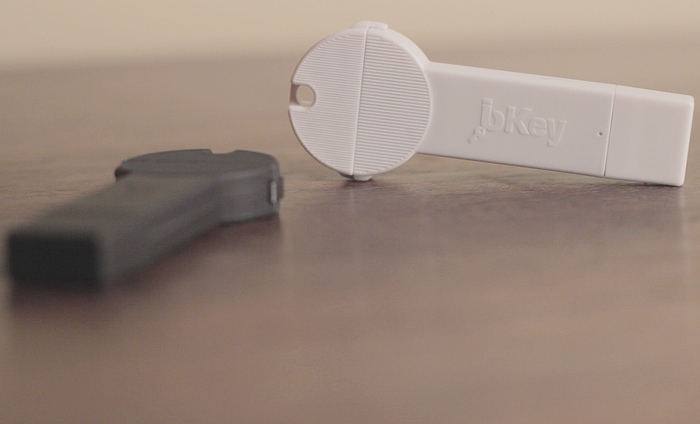 The problem with most battery chargers is that they're a) bulky and b) need you to carry around a cable - and the bKey solves these, for true battery 'get me home' emergencies by being no bigger than a normal house key and also plugging into your smartphone directly. [True, the credit card-sized Pocket Power also matches these, but the use case is different, living in a wallet.]

bKey is 75mm in length and 6.55mm thick, it's claimed to be good for an additional 30 minutes of charging for your smartphone with an internal 230 mAh custom Li-Ion battery and can hold its charge for around 30 days, with 500+ battery cycles.

The Kickstarter campaign has already gone beyond the target of $25,000 with 17 days to go for people to back the project (starting at 20 Canadian dollars) and claim one of the first units produced. The target is to be able to package and ship the bKey by the end of this year.