A change that may affect both AAS and AAWP readers still using software from Nokia Beta Labs - Microsoft has announced that this public beta system is moving home and is going to be taking up residence in the uservoice.com domain. Moreover, the old site, along with some older content, will be removed in less than a month, specifically on September 5th, so if there's a particular application download or link you wanted to archive then now's the time.

According to an official email coming from the old Beta Labs team:

We’ve come a long way since our humble beginnings in 2007, in large part due to your enthusiasm and eager participation in our beta trials. Thank you for that! Now, please join us in preparing for the next chapter.

Beginning this month we will start hosting all new beta trials for Lumia apps at a new site, based on services provided by UserVoice. You can preview that site at http://lumiabetaapps.uservoice.com

That site will be the new home for beta trials for Lumia apps. There you will find info about ongoing trials, instructions to install beta apps, and notes about app features and known issues. And for each beta app there is a feedback forum where you can give feedback about the apps, vote on others’ feedback, and interact with the teams developing the apps... 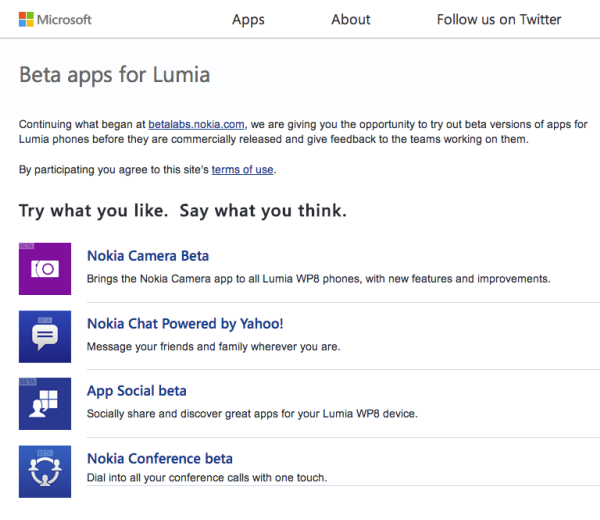 I suspect that the changes won't have much practical impact to AAS or AAWP readers:

The uservoice.com domain has been used in the past (as the name suggests) for Microsoft to get feedback on applications which are being prototyped or developed actively, so the overall function of a 'Beta Labs' type setup remains.

Comments welcome - will this inconvenience you in any way?