Project Tango a glimpse into a smarter future?

File this Friday flow under 'link of interest', certainly, but it's a pointer to a way in which our smartphones might get even smarter in the future. In this case it's a Google project, based on an Android prototype, but the ideas and principles might very well be seen across other platforms in the future - at least three or four years down the line. Project Tango's prototype hardware and software enables the humble smartphone to be intimately aware with the physicality of its surroundings in a way which hasn't previously been possible.

Google today took the wraps off Project Tango, a prototype smartphone from the Motorola’s Advanced Technology and Projects (ATAP) group. ATAP, now under the oversight of Google’s Android group, has developed a sensor-filled smartphone capable of mapping the 3D environment of a device.

Tango is a 5-inch prototype Android smartphone with a low-powered, vision-processing chip, Myriad 1. The Myriad 1 was custom designed by Movidius for Google and can map the surroundings with minimal impact on the phone’s battery. The chip and associated sensors make more than 250 million 3D measurements every second, and then use this data to build a 3D model of the phone’s surroundings.

Google points out the many uses of a phone with 3D mapping technology, which range from everyday activities like shopping to entertainment like games:

"What if you could capture the dimensions of your home simply by walking around with your phone before you went furniture shopping? What if directions to a new location didn’t stop at the street address? What if you never again found yourself lost in a new building? What if the visually-impaired could navigate unassisted in unfamiliar indoor places? What if you could search for a product and see where the exact shelf is located in a super-store?

Imagine playing hide-and-seek in your house with your favorite game character, or transforming the hallways into a tree-lined path. Imagine competing against a friend for control over territories in your home with your own miniature army, or hiding secret virtual treasures in physical places around the world?"

There's clearly a huge potential here, but also a huge demand on hardware and data resources. In principle, our phones could build up (and keep up to date) a complete physical model of the world, right down to furniture and positions of pot plants(!) 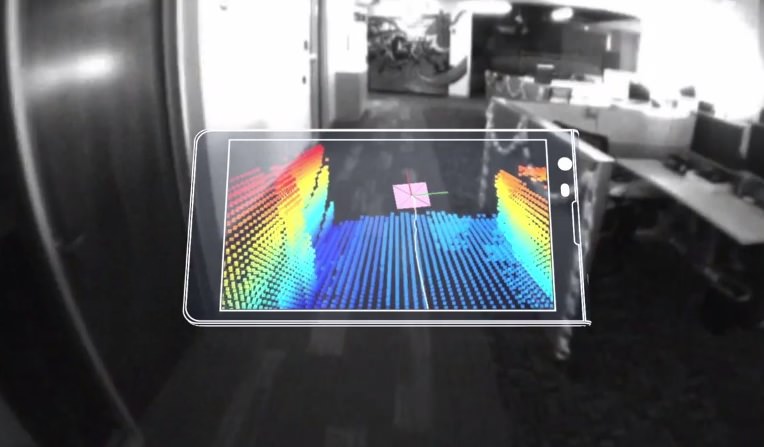 My gut feel is that the technology is at least five years away - maybe more, but it's something that we've also seen in a much more limited fashion already in the HERE Maps indoor mapping, of course.

In terms of hardware, the key to the project are the extra sensors: 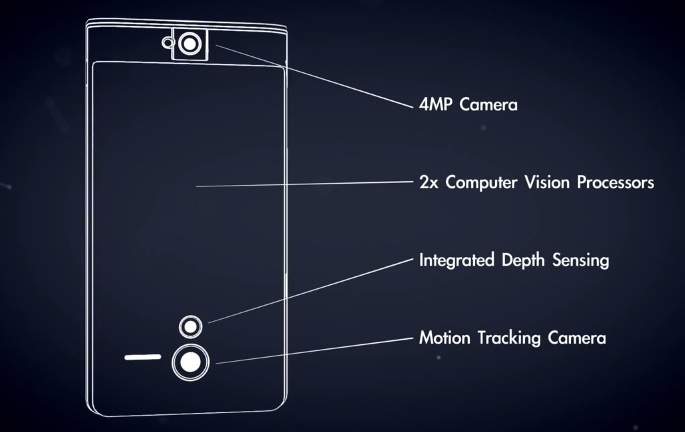 It's interesting that a second camera is thought to be needed - I'd have expected accelerometers and gyroscopes to have been enough, along with the depth sensing (i.e. how far away things are). Curious.

Naturally there's a glossy video to accompany the project, well worth a look:

The Project Tango hardware includes a set of custom APIs, giving access to the position, orientation and depth of the phone. Google is making available 200 prototypes and will distribute them to developers 'who are experienced in Android and can leverage the technology in the Project Tango phone'. See also the ATAP group at Google’s Project Tango web site.