Foursquare for Symbian gets surprise update?

It seems that external companies can still wangle the odd Nokia Store update, if the need is urgent, with an update being pushed out, six weeks after the official Nokia Store freezing, for the official Symbian Foursquare client, presumably to maintain compatibility with the popular online location-based service.

In a surprising turn of events Four Square for Symbian was updated today on Nokia Store, a user on our forum reported that it has stopped working properly, and that it had also started working again, but now a update. One way to do it I suppose.

We have no known changelog for this update  but we guess it is some API changes to guarantee  its functionality for a bit longer. 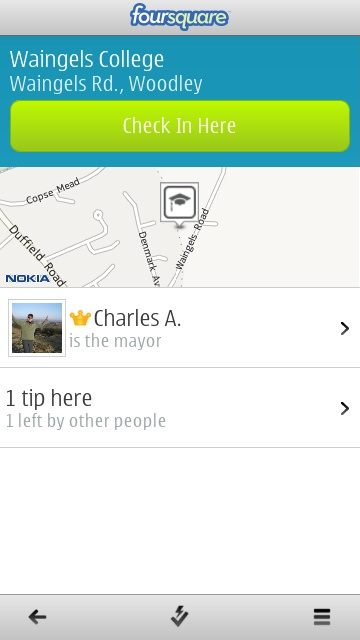 We last reported on Foursquare here - and those changes were also to do with keeping compatibility with Foursquare's servers.

My guess is that Foursquare, as a major online name, applied to the power that be at Nokia and pointed out that, without this update, no Nokia-Symbian users would be able to operate at all with the service. Still, it proves that where there's a will (or jolly good reason) updates are still possible in the Nokia Store.