Nokia 808 to Samsung Galaxy S4 and back

AAS reader and (in this case) guest author Richard Trinkner (in the USA, unusually for a Symbian enthusiast) had an interesting tale to tell in a comment recently. So much so that he's now drafted a fuller version for the site, see below. It's fair to say that, although not mentioned explicitly, he's as much a Xenon-flash fan as myself and that this is a clinching factor in the narrative.

I thought I might share my 24-hour experience owning a Samsung Galaxy S4 (running Android 4.3) after owing a Nokia N8 for a year and a Nokia 808 for 6 months. Long story short: I ran back to the 808 after just 24 hours with the Galaxy S4.

Why did I switch to the Galaxy? One of my sons has a Galaxy S III and loves it because the app selection is so rich. I checked out the Android Play store for apps and was amazed by the phenomenal array of apps for Android phones. I've read the AAS review of the Galaxy S4's camera and decided that it might be worth sacrificing a small bit of camera quality to move to the rich ecosystem of Android apps.  Despite my love for my 808, I bought a Galaxy S4 at the local T-Mobile store.  I was really looking forward to ESPN videos, Bridge Baron, the Sibley guide to the birds, seamless integration with Gmail, etc.

(my own [Steve's] photo from AndroidBeat.com)

At first, I was really happy with the vast array of apps to choose from for Android. But quickly I realized that I would have to spend more money on apps to duplicate the native app functionality from my 808. Living in Colorado, and being one to prefer a weekend hiking in the wilderness and driving on remote roads, I need offline navigational abilities. Sygic for Android seemed to be the best choice to duplicate Nokia Maps' functionality, but it would cost $US40. I tried the trial version and liked it just fine. To create the functionality of sound profiles, I bought the Android app "Sound Profiles."

After a few hours, I was stunned by how quickly the Galaxy S4's battery drained. My entirely subjective feeling was that it drained about twice as fast as my 808.  This was my first negative feeling about the Galaxy.

I could have dealt with these problems until I came to appreciate the horrific nature of the camera.  After reading the AAS review in which the S4 tied the 808 as a camera, I tried to take some indoors posed photos of family members by the Christmas tree.  Despite being a reasonably accomplished amateur photographer, I couldn't take a single passable photo with the S4. Every shot was grainy, with or without the flash. The flesh tones were appalling blue/green. I tried to use the on-screen shutter button, which was hard to hold still while taking the picture. I configured the phone to use the volume rocker for a shutter button, but that experience was even worse, as the volume rocker is on the wrong side of the phone to use it easily as a shutter button.

Once I got back to my own home, I tried taking some stills of my bedroom with the S4, hoping that maybe I just needed to develop more skill with the S4.  Every photo turned out to be heavily grainy and blurry. I took out my now-SIM-less 808, and easily took superb photos of the bedroom, with excellent color reproduction and clarity. I was even able to read the titles of book spines across the room, whereas with the S4 I could only barely tell that the shapes were books at all, let along books with titled spines.

I've now packaged up the S4 and will return it (less a $50 restocking fee) to the T-Mobile store. Although I still miss the apps available in the Android world, I'm happy to have a usable camera again in my pocket. I'm also happy to know that my battery is still nearly fully charged several hours after charging. 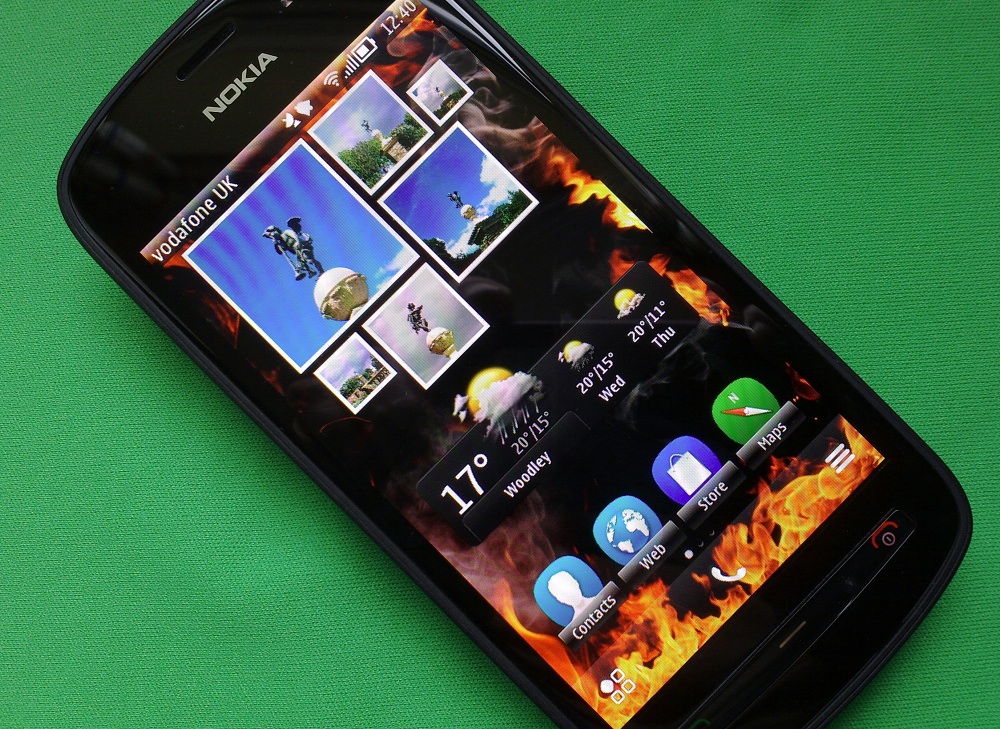 I went back to the web to look for reviews of the Galaxy S4 camera. Unfortunately, very few of the shootouts on the web demonstrate how the cameras do in the situation probably most users will require the most: indoor, posed photos of friends and family. I would be content without being able to take 'frozen' photos (such as your famous beer-drinking pub-like photo), but I absolutely must be able to take still images of family and friends indoors. The Galaxy S4 was deeply disappointing - virtually unusable for anybody with a moderate desire for quality from a camera.

On Christmas morning, many people in my family gave each other Shutterfly products (custom photo drinks coasters, framed photos, etc.) and I was quietly proud to realize that every one of the photos used were taken by my Nokia 808. (I share my photos with family using SkyDrive, and family members had used my photos.) Not a single photo given as a gift was from an iPhone or Android phone. (Maybe the Nokia 1020 would create usable images?)

In any case, I just thought you'd all be interested in my real-world brief flirtation with the S4. Also, in the future, I'd give more attention in photo shootouts to 'indoors, people' photos. Even if the S4 might be able to take decent high-light-level outdoor photos, its indoors photos are abysmal.  Now, I'll either stay with my 808, consider the 1020 (despite its limited native functionality and apps), or wait to see what the rumored Sony Z2 will be like next year.

Thanks Richard. I did qualify my 808/S4 photo tests with the caveat that the ranking of the smartphone cameras depends hugely on what sort of subjects you shoot. If (like me) there are a lot of 'indoor, people' shots then only Xenon flash will do, as I [cough] believe I've mentioned many times! The Galaxy S4 takes terrific outdoor shots of macro subjects, for example, but as you say it (and almost every other smartphone on the market) struggles indoors with living, moving people!

A very interesting tale overall and one which resonated with many of my own observations. Comments, all?