Delight custom firmware for the Nokia E7 and X7 is... planned!

I couldn't help but mention in passing on AAS that we're assisting the compilers of the popular Delight custom firmware in porting it across to the Nokia E7 communicator and the media-centric Nokia X7. We're sending across hardware for all the testing and building, and so on, and look forward very much to seeing the fruits of the Delight team's labours. The E7 will be an interesting case, for sure, because of the totally unique (in 2013/2014) form factor. 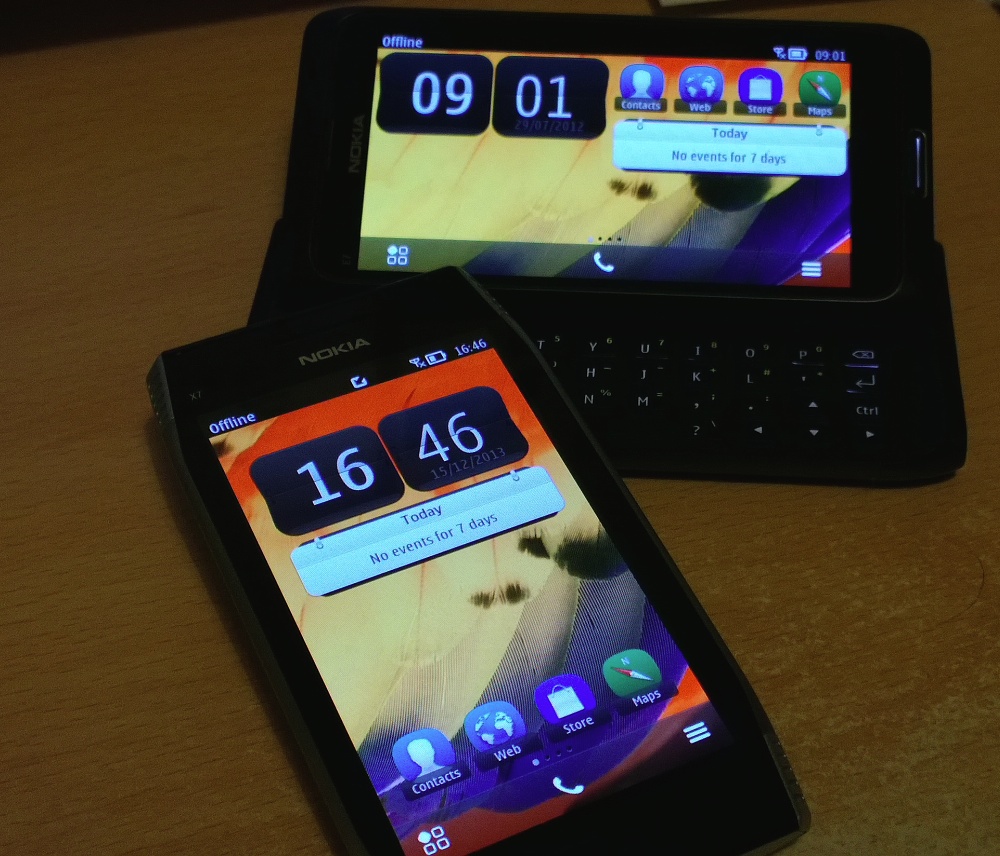 The X7 and E7, prior to being packed off to Germany to be 'Delighted'.... Watch this space for the results!

The Delight firmwares have so many benefits:

You can read more on the existing Delight firmwares here, and see also some of my various features on previous Delight CFW. Note that Delight for the Nokia 701 is the next one to be finished/tested, hopefully releasing in the next few weeks.