FilePLAY is a music application that hasn't been covered before on AAS, but it's interesting in that it handles tracks by folder rather than by metadata like album and artist. Of course, if your physical folders are properly organised then this amounts to much the same thing, but FilePLAY still presents an interesting alternative way into your music collection. And, with this recent update, it can now be updated through 2014, with in-app update checking.

From the description in the Nokia Store:

FilePLAY is a music player that play music file directly from phone folder. Just choose folder with music files and it will play all musics in the folder continuously.

Curiously, we've never featured this before on AAS. But noteworthy is that it does seem to have both an active developer and a future, with the new version 1.12.0 adding 'a check for update function'. After January 1st 2014, the application will check for, and offer for download, updates directly from the developer's servers.

The best way to illustrate FilePLAY is with a brief walkthrough: 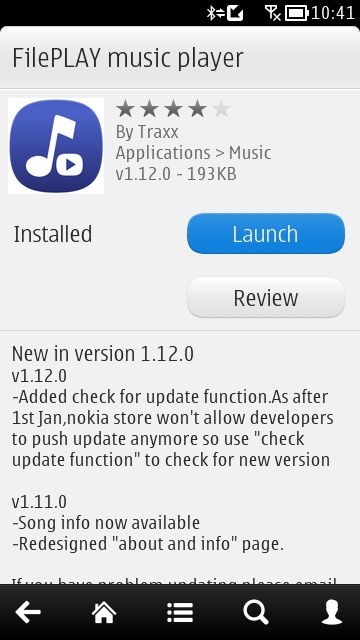 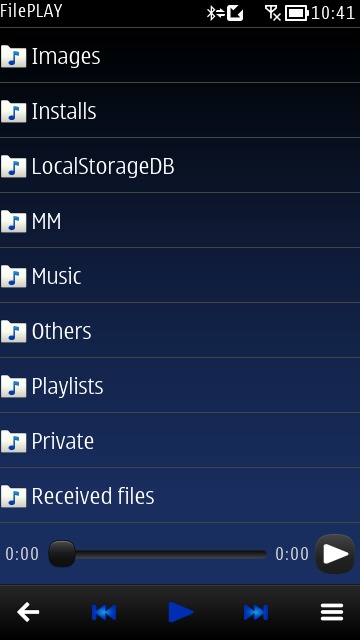 The idea, as you can see here, is to work directly from the file and folder system on your Symbian smartphone, tackling songs within physical folders. This makes sense if you've copied across a system of folders onto mass memory or microSD, from a desktop or laptop. 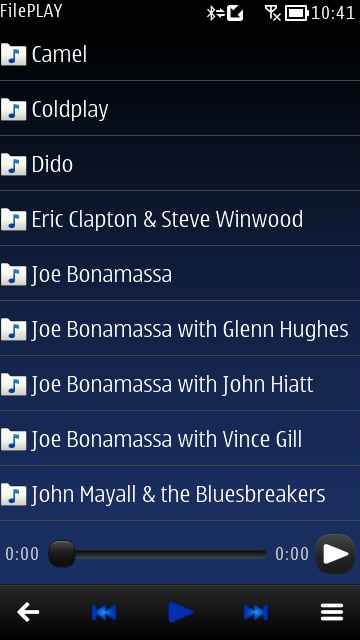 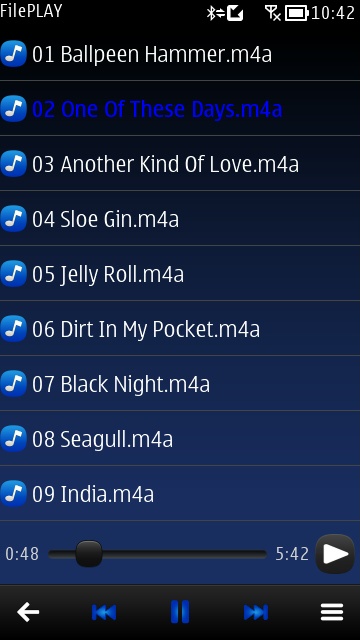 Drilling down here, then, to the individual folder of music files that you want to play. Then hit the play icon and you're off and running. 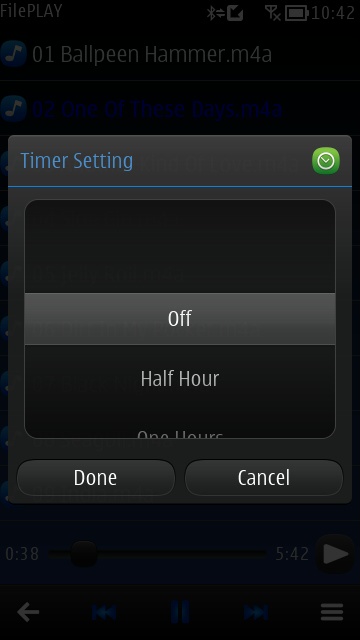 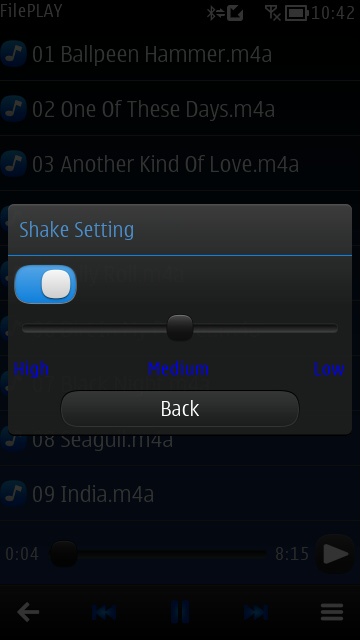 Special features include a sleep timer (so you can go to sleep with music playing and have it stop automatically), shown left and, on the right, a 'shake' setting, wherein shaking the phone skips to the next music file. 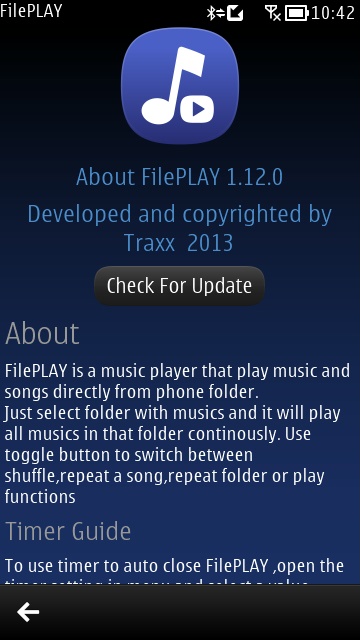 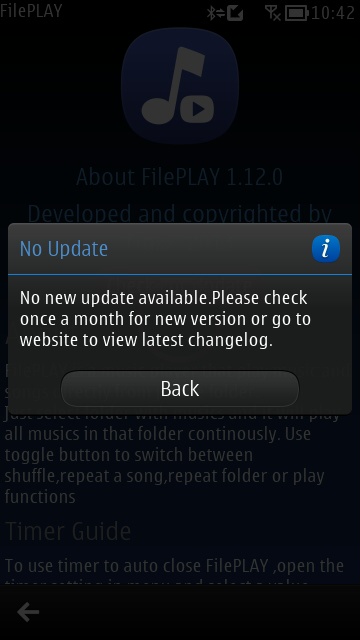 The new update checking system working as advertised, though nothing available yet, obviously....

You can buy FilePLAY for £1 here in the Nokia Store and then, afterwards, you'll get updates directly over the air from the developer. In theory!