Much publicised over the Internet has been Twitter's efforts to bring a consistent facelifted experience across all its official client for Android, iOS and even Windows Phone. What's not known as well is that Twitter has brought quite a bit of the same attention to detail to its web site, including the official mobile version. And, at least using Opera Mobile, Twitter is now very useable indeed.

Twitter tends to revamp its web sites in step with its clients and this latest round of updates is no exception. Which made me keen to see how it all fared in Symbian's web browsers. The end result, as you'll see, is very useable, though note that for best effect I had to use Opera Mobile and also that this was on the speediest Symbian device, the Nokia 808. 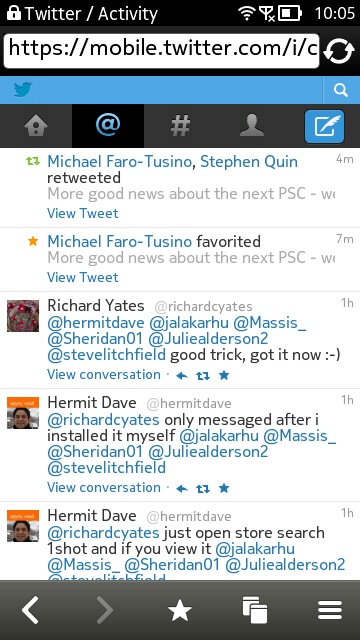 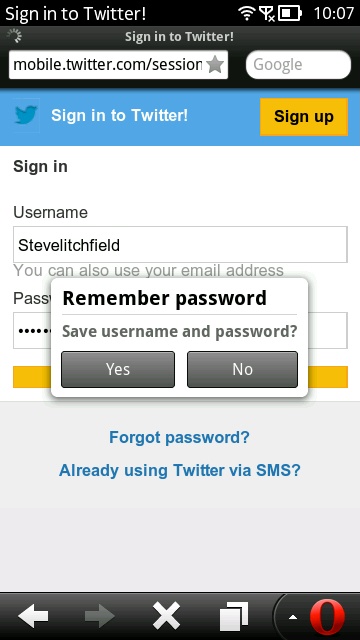 On the left, starting with Symbian Web and going to (just) twitter.com - even on the 'Large' font size in Settings/Page, it's all rather hard to read, confusing and fiddly; (right) Heading for the more advanced clutches of Opera Mobile, signing into 'mobile.twitter.com'... 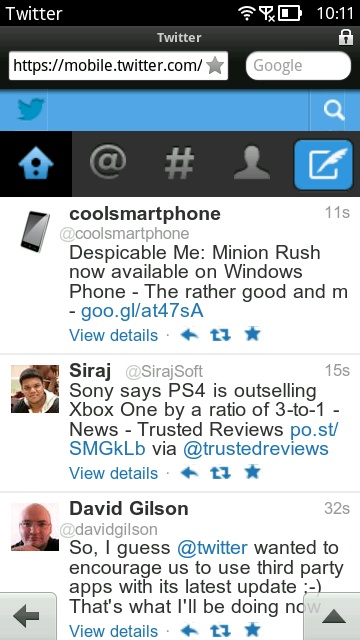 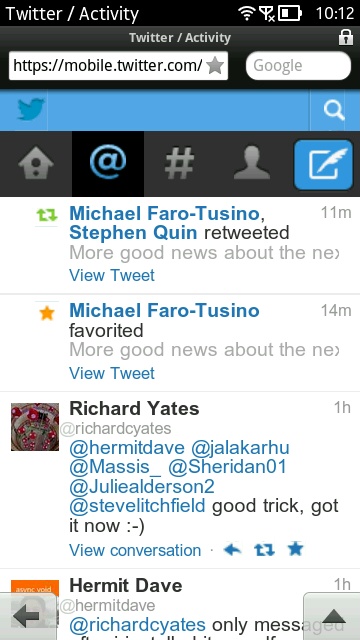 Ah, much better, this is all with Opera Mobile's Settings/Zoom set to 150% - really readable on the phone out in the real world and the linked action icons are now large enough to hit reliably. Here showing the main two tabs, of course. 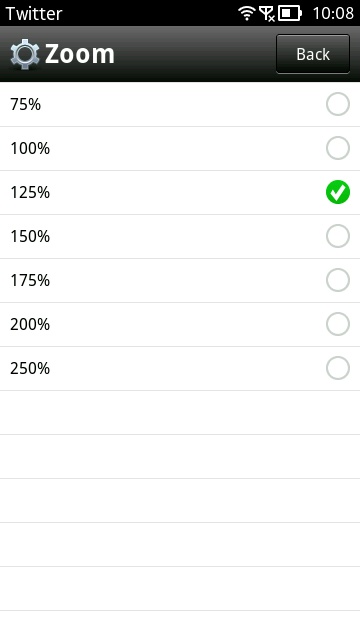 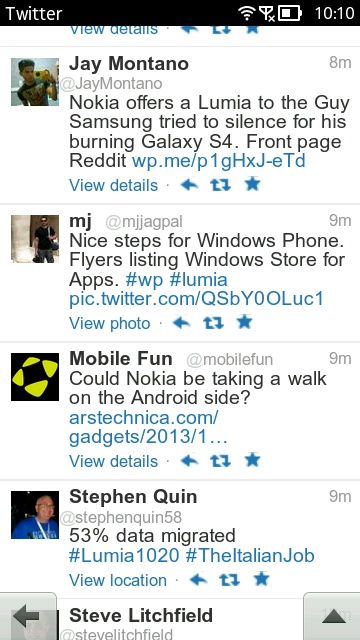 Of course, if your eyesight is better than mine, you might like to try a zoom level of 125%, which fits slightly more on a page; (right) note that in either case, with the 'Navigation bar' off, and with the URL bar automatically scrolling off the top of the screen, you effectively get a full-screen experience most of the time. 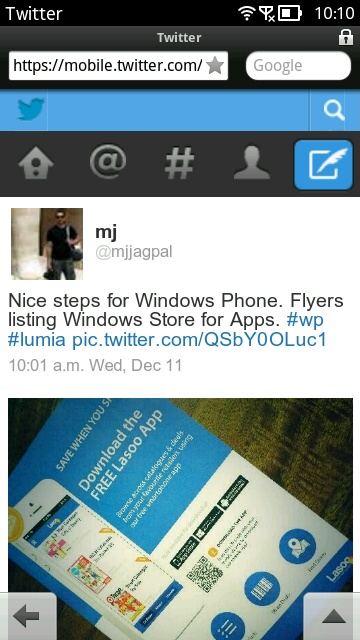 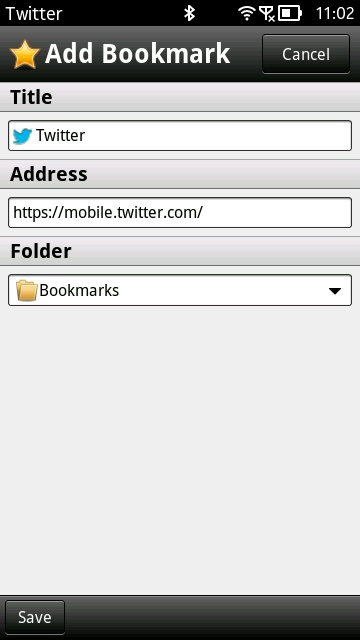 Tapping through to a tweet's linked photo, all presented as you'd expect in a client; (right) Adding Twitter Mobile to my Opera Mobile bookmarks....

Comments? Does the presence of such an easy official way into Twitter obviate the need for official or third party native Symbian Twitter clients? Personally, I'd still recommend Tweetian for power users. Or Gravity, which seems to have been somewhat abandoned in the last nine months - anyone heard anything Symbian-related from Jan Ole recently?

PS. To those thinking of Dabr, this probably does still have a place, at least in terms of bandwidth and power saving, for those on GPRS or on low battery. Worth bookmarking as well.

Filed: Home > Flow > Twitter Mobile in your browser for 2014