A retrospective on THAT memo from the Finnish press

Tomi Ahonen has been prominent and outspoken in the mobile industry for a decade now, most recently as being highly critical of Nokia and its CEO, plus many of his blog posts run to well over 5000 words and are hard to digest. But I was interested to read his translation of an article on Stephen Elop at Nokia in Finland's largest newspaper, giving some interesting background to the famous 'burning platform' memo (condemning Symbian and Meego) in February 2011 and indicating some backlash for Elop as a result of it. 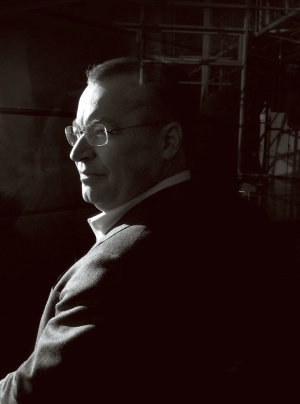 Here's Tomi's introduction and translation (in italics) of the relevant text into English:

I came across this interesting article in Finland's largest newspaper, Helsingin Sanomat (published more than a month ago on 29 Sept 2013) about Elop's tenure while Nokia CEO (the article is in Finnish of course). It is mostly a biographical story of the departing Nokia CEO but it includes an interesting passage about the Burning Platforms memo, which may ring particular bells to our readers who were here in 2011 and lived throught its aftemath. Plus it sheds some light on the negotiations with Microsoft. So let me do my translation of that passage into English (I will include the Finnish part also at the end for those who know Finnish and might want to read it to compare)

Early on Elop experienced friction with the Board. He made decisions quickly and at his own initiative and did not always remember to inform the Board, which at this time was still led by past CEO, Jorma Ollila. Elop's adviser Stephen Miles confirms that during Elop's tenure at Nokia, he and Elop discussed a lot about how Elop might be better able to inform the Board, and get it to sign onto the proposals of his management.

Nokia Board members were particularly annoyed by for example the famous memo where he compared Nokia's situation to a man standing on a burning oil platform, who had to decide whether to jump into the freezing sea. The emotional memo was published internally in February 2011, a little before the Windows partnership was revealed to the world. The purpose of Elop's memo was to awaken the organization to the necessity of change. It ended up also condemning the company's Symbian phones, which Nokia had intended to sell for another 150 million units.

The leaking of the memo into the public domain did not make it easier for Nokia sales staff around the world. Many have estimated the memo to have been very expensive to Nokia, as Symbian phone sales became ever more difficult. At the Nokia Board, the memo was seen as a severe error in judgement, and Elop was given stinging feedback from Jorma Ollila. The cooperation with the Board would improve over time. In the Spring 2011 Shareholder Meeting appointed Elop as a Member of the Board.

With hindsight we know that the selection of Windows sealed in the end the sale of Nokia's handset business to Microsoft. After a couple of years, the Lumia phone sales did not meet expectations. and Nokia's worsening economic condition forced the Board to the painful decision.

The exact role of Elop in the sales process is not fully known. He did participate in the negotiations which included members of the Board, active management of Nokia, and outside advisors. Nokia Chairman of the Board, Risto Siilasmaa has emphasized, that he led the negotiations with Microsoft. The negotiations got to speed in February, when Siilasmaa and Ballmer met at the mobile industry fair in Barcelona. One is unlikely to ever know, what kind of bilateral talks Ballmer and Elop engaged in, if any.

Yes, this is all arguably somewhat old news, but it's interesting to note that, if the article is accurate, Elop's leaking of his Burning Platforms memo was not only ultimately over-harmful to sales of Symbian handsets in 2011 but also strongly disapproved of by the Nokia board.

I've said all along that the transition from Symbian to Windows Phone was communicated badly. All Nokia had to say in February 2011 was "We're adding Windows Phone to our smartphone portfolio" and the impact on Symbian would have been far less, leaving Nokia without something of a big sales (and share price) hole through the rest of the year.

Of course, the counter argument is that Elop wanted to shock a complacent Nokia into action with this 'internal' memo - but in that case more care should have been taken not to 'leak' the memo to the press, surely?

Filed: Home > Flow > A retrospective on THAT memo from the Finnish press