With Google's old Java client getting very long in the tooth and with a fear that the back-end it ties into will stop working at some point, it's good to see that Google hasn't forgotten feature phones and smartphones from earlier eras and with other operating systems, with a facelift for the mobile Gmail site, letting you do all the searches, starring and labelling you need, all from a standard web browser on a device with a comparatively small display. Below, I try it out on the QVGA-screened Nokia N95, from 2007, and the nHD-screened Nokia 808, from 2012.

People use all sorts of devices to access Gmail: their web browser, smartphone, tablet and, in many parts of the world, their feature phone. For those of you who use a feature phone to access Gmail on the go, starting today you're getting a brand new look that's faster and easier to use.

You'll get a number of improvements that reduce the number of button presses required to read, reply and compose emails. For example, you can reply directly to a message from the thread view, you can choose to move to the previous or next conversation, and much more.

Let's start with the Nokia N95 with a QVGA display. Heading to gmail.com: 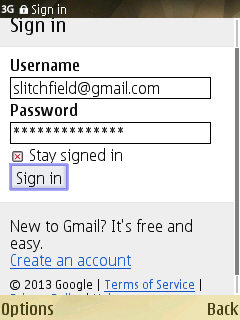 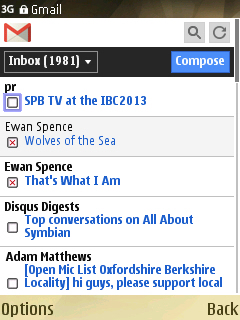 I have to say that the facelift is very well done for older devices with low resolution displays, Gmail's almost as easy to use in this web iteration as it is with the old client. It's particularly easy to mark multiple messages for mass actions, such as deletion... 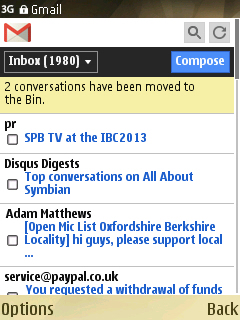 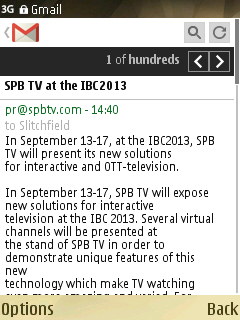 The fonts used are appropriate for QVGA, it's easy to skip from email to email and anything rich and tricky is stripped right out. Perfect. 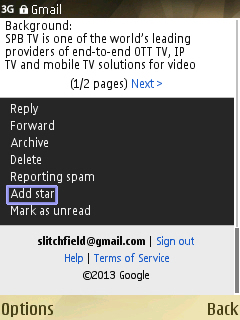 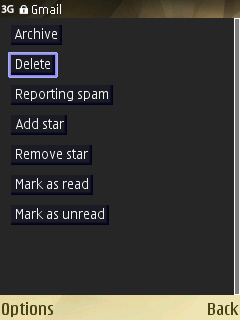 Actions are either carried out with listed options at the bottom of each email or (via multi selection) using this pop-up pick list...

And I also gave the new site a whirl on the much larger-screened Nokia 808. Now, you could argue that the likes of the 808 has a perfectly fast enough and capable email application, but even with the best IMAP or Exchange set up it still can't handle a number of specific Gmail features, at least not simply and reliably. So it's also well worth bookmarking this new facelifted mobile version of the service: 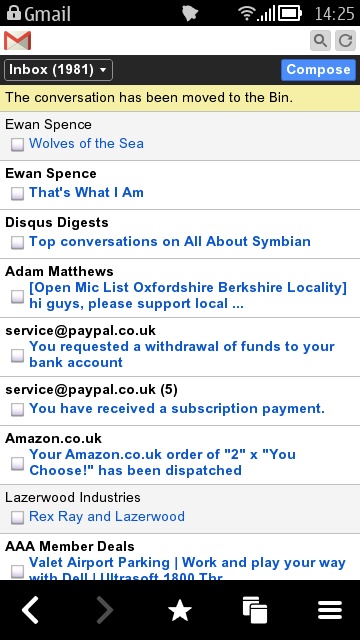 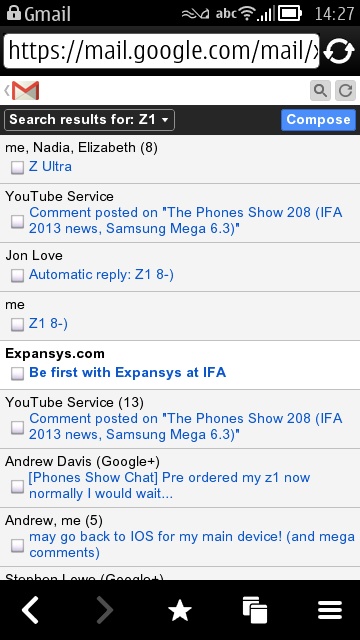 The font size used and the tappable action buttons are somewhat less usable on the nHD screens, everything's a bit fiddly. Still, it's handy to do tricky Gmail voodoo stuff like searching through your message archive... 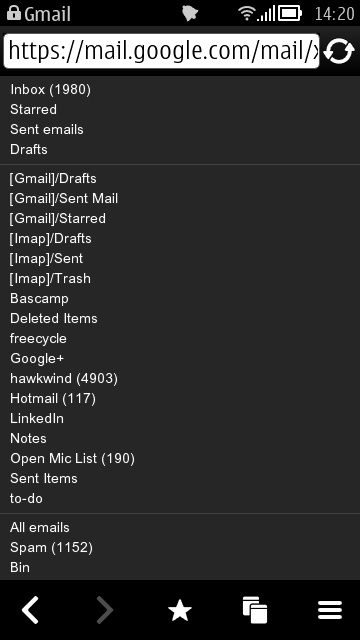 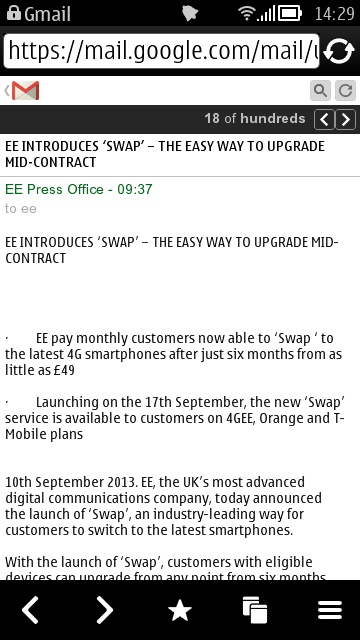 Shown left is the pick list for all your folders and labels, this is popped up by tapping on the main 'Inbox' button in the UI. Right, the display of a typical 'rich' email, coming up very quickly without the tiresome graphics though with perhaps too much white space on the large screen of the more modern Symbian devices...

Again, log into your Google account at gmail.com in Web on your Symbian device and let us know what you think. Do you still need that old Java Gmail client?