Data point: only one year of repair parts left for Symbian smartphones?

Just one data point of course, but from a trusted source, it seems that there are roughly one year's worth of spare parts left for repair purposes, for many Symbian smartphones, within Nokia's service network. The full list is shown below, for Nokia models which are not to be accepted into the Nokia Care Protect program after the end of August 2013. See below for some analysis.

The idea is that Nokia Care Protect (NCP) is a one year extended warranty on a phone, providing free repairs or, if unrepairable, an exact replacement. From my source, here's the current list of Nokia phone models which shouldn't be accepted onto NCP after 31st August 2013: 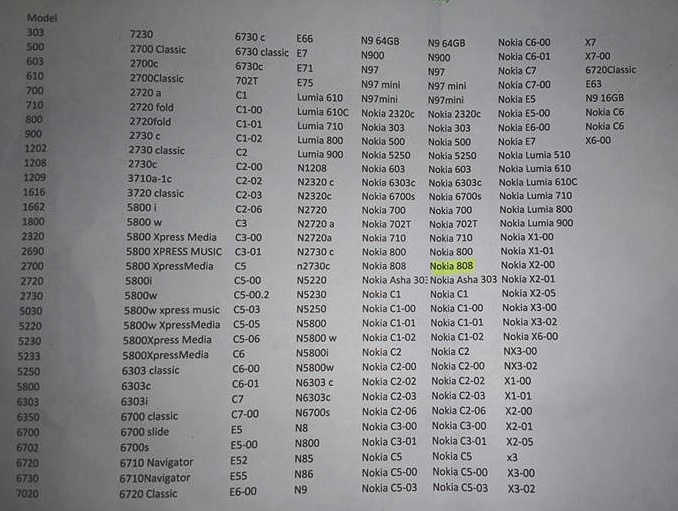 In other words, customers who were accepted onto NCP with their Symbian smartphones in August 2013 (i.e. last month) should still expect a full 12 months of workable repairs, but after this then all bets are off as to repairability. Note that the list above is cumulative and that many of the models listed will have been on the non-acceptance list for several months or several years. Note also that some models are so old that they're not even listed. E.g. the N93 and N80.

In theory, Symbian smartphones which aren't listed above are still being accepted into NCP and therefore have, by definition, more than 12 months of spare parts available. However, the only models I can spot which aren't on the list are the E72 and 701, and I suspect that these have simply been omitted by accident. It looks more as if the entire Symbian smartphone list, including the Nokia 808 PureView, has effectively been given a maximum of a year before repairs might not be possible.

My source says that parts for the Nokia 808 'ceased manufacturing' in March 2013, tying in roughly with when the very last 808 will have rolled off a production line. He also says that Nokia Care Centres/Points have dramatically decreased in his country, though you have to wonder whether the imminent Microsoft takeover will change this situation, perhaps for the better? After all, Microsoft is not as short of money as Nokia has been.

Nokia did originally promise support for Symbian 'until 2016', but on the hardware side it looks like this was overly optimistic. It's not known how much of any of this timing has been affected by the Microsoft buy out. Of course, if a device is unrepairable then an equivalent Lumia might be offered?(!)

But in short, if you have a particular Symbian model (e.g. the E6 or 808) that you love to bits and want to rely on for significantly more than a year then it's perhaps worth considering buying up a spare unit now - just in case?